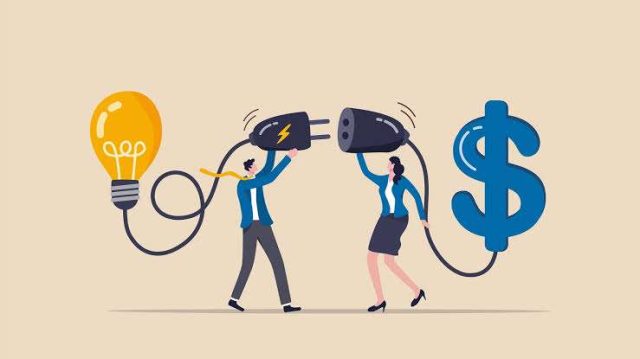 The slowdown, which saw  investments into the Nigerian startup space crashed by 25 per cent year-on-year, checks revealed, is coming on the heels of the global slowdown in startup investment which became manifest since the beginning of 2022.

Nigerian startups, it would be recalled, had  before the current development, had been attractive to foreign investors with its huge consumer market, optimized business environment and innovation capabilities.

The interest in the country’s startups was in spite of the sharp drop in Foreign Direct Investments (FDIs) into other sectors of the economy.

According to the National Bureau of Statistics (NBS), while the FDI that flowed into the country dropped to $77.97 million in Q2 2021, from $154.76 million recorded in Q1 2021, the lowest in 11 years, technology based startups, particularly in the areas of agritech, education technology, e-commerce, IT, legal tech, fashion, gifting, QSR, mobility, digital freight and payment platforms, among others turned out to be outliers.

According to the company, more than 290,000 businesses use its platform to carry out payments in 150 currencies and multiple payment modes including local and international cards, mobile wallets, bank transfers and barter.

The firm had earlier in 2020 and 2018 secured $35 million Series B and $20 million Series A funding from foreign investment firms, bringing the total to $225million.

Another Nigerian startup with strong foreign involvement is OPay. Founded in Lagos, Nigeria in 2017 by Chinese billionaire entrepreneur Zhou Yahui, OPay secured Series C funding of $400m in August 2021 in a round led by Softbank at a valuation of $2bn.

OPay had earlier in 2019 announced two funding rounds of $50 million (Series A) in June and a $120 million Series B in November.

Following on their heels is digital banking startup, Kuda Bank, which raised $55 million in August Series B funding at a valuation of $500 million. The capital investment was raised by Valar Ventures and Target Global, with participation from Strategic Business Investor and past angel investors.

Founded in 2019 by its current CEO, Babs Ogundeyi and Musty Mustapha, the fintech startup in March 2021, raised $25 million in a Series A round in its drive to provide a modern banking service for Africans and the African diaspora.

The bank currently has 1.4 million users on its mobile money application.

The IT firm had earlier secured a $25 million student loan financing facility from Sterling Bank and the Central Bank of Nigeria (CBN).

E-commerce retail startup, Alerzo, secured a $10.5 million Series A round in August 2021. The financing was provided by London-based Nosara Capital, FJ Labs and other investors from the U.S., Europe and Asia.

In the first 10 months of 2021 alone, foreign investors invested $992 million (about N412 billion) as direct investment in 35 Nigerian-owned startups.

However, the trend seems to be changing as investments in Nigerian startups have lately been on a spiral fall.

“Looking over to Nigeria, the situation is quite different. As of the end of October, there have already been more $100k+ deals announced in Nigeria than in the full 2021, which is very encouraging.

“But given the incredible track record of Nigerian start-ups last year ($1.7billion+ raised), and the lower number of ‘mega deals’ in 2022 in particular, in terms of amount, Nigeria is currently tracking below the same period last year (80 per cent; $1.16 billion vs. $1.45 billion).

“By this figure, it shows that start-ups in Nigeria have so far raised about two-thirds of the amount they raised in the full 2021”, the firm stated.

The report, however, explained that the trent is not peculiar to Nigeria, but a continent wide crash.

According to, Africa -The Big Deal, another African economic giant, South Africa, had a particularly bad year.

“South Africa’s indicators are all in the red: It is the only one of the Big Four with both less deals announced (86 per cent) and less funding raised (78 per cent) than the same period last year.

“Worryingly, funding raised in South Africa currently stands at only 43 per cent of the amount raised in 2021,” the firm noted.

Financial experts who spoke on the development all agreed that the drop in startup investments into Nigeria follows a global trend of reduced venture capitalist funds and a generally slow year for tech companies with layoffs now a normal thing.

“As investors’ funds dry up,  startups must now focus on revenue and profitability”, a financial expert told BH.

“Startups should be more focused on products and building their business. It is very important and the starting point.

“There was an industry before funding came, so I do not think lack of funding will stop the industry. Yes, we have had quite a bit of funding in the last couple of years.

“It is important that startups focus on products, and their customers during this period, rather than chasing after funding. I do not think that is the right approach for now, given the funding environment”, Aboyeji cautioned.

Other experts, however, suggested that the loss of appetite for Nigerian startups could be as a result of recent poor performances of startups like Kuda Bank and Healthplus in which hundreds of millions of dollars in investors funds were pumped.

While Healthplus is currently enmeshed in a debilitating takeover battle between the founder and its foreign investors, Kuda Bank had declared three back to back losses.

“We moved from being ruled and led by colonial masters to being ruled and led through poor leadership. Not having enough to show for 62 years of existence is accountable for the numerous years of corruption, ineptitude and unreasonable attachment to selfish and limiting beliefs. These have led to high levels of poverty, unemployment and loss of lives.

“The primary responsibility of any result-oriented government is to create an enabling environment for people, businesses and ideas to thrive. However, when leadership is missing, the environment becomes hostile to growth, investments, or investors.

“Nigeria is a blessed nation yet reflecting the curses. Over 60 per cent of start-ups fail within the first two years. The buying power of citizens diminishes each passing day. Corruption is the degrading of the human spirit. Many brilliant minds have been reduced to nothing because a nation can be so blessed and yet consumes its own”, he said.