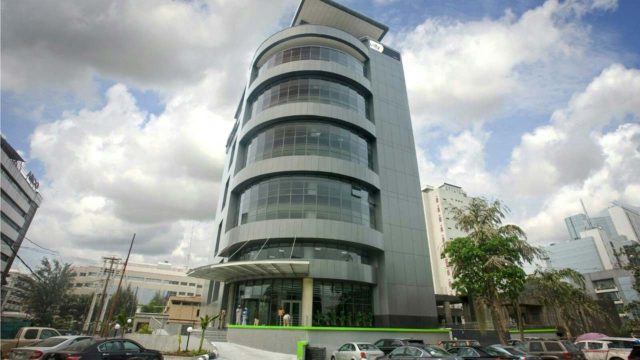 This is certainly not the best of times for businesses in Nigeria. Rummaging through the annual reports of some companies and banks, every board or management acknowledges the difficulties in the operating environment. Not even the big and strong organizations are sure of what tomorrow would bring with measured certainty. Despite this, there is a consensus that the underbellies of some of these firms may not honestly reflect what is seen on the surface.

Thus although a bank like Unity Bank may pretend that its problems are hinged on the general harsh business environment and industry challenges, discerning observers can tell that that may not be exactly true.
At its base, Unity Bank appears to have a peculiar challenge plaguing its continued existence. And this is notwithstanding the fact that the bank’s first quarter report in terms of top and bottom lines look good for the period ended March 31, 2019.
According to the results, its gross income jumped 14.7 per cent to N10.1 billion from N8.8 billion, with interest and similar income appreciating 10.3 per cent to N8.5 billion from N7.7 billion in 2018.
While net interest income depreciated in the period of review to N3.6 billion from N4.3 billion, profit before tax gained 4 percent to N505.3 million against N485.4 million in the corresponding quarter of the previous year. Its profit after tax also grew to N464.9 million from N446.6 million.
Analysis of the results shows that there was fair improvement in the fee and commission income bracket, which closed at N385.9 million in the first quarter of this year, against N352.3 million in the first quarter of last year.
At the close of business during the period also, net trading income significantly increased by 1627 percent to N318.9 million from N18.5 million, while the other operating income rose to N762.4 million from N682.3 million.
Poring through its books some more, personnel expenses dropped by 5 percent to N2.4 billion from N2.5 billion, while other operating expenses depreciated to N1.8 billion from N2 billion. This also helped the total operating expenses to go down by 8 percent to N4.5 billion from N4.9 billion.
Underscoring that this was not a fluke performance, the bank had also grown its balance sheet for the 2018 financial year by 50.8percent during the year. The Bank’s Balance Sheet Size also expanded from N156.51billion in 2017 to N235.98 billion in 2018 even as it also posted Gross earnings of N37.33 billion for the year.
In the same vein, the bank grew its bottom-line by 109.9 percent as Profit Before Tax (PBT) climbed to N1.41 billion. It also recorded a Profit after Tax (PAT) of N1.27 billion, to get rid of the negative position it had ended with in 2017. Explaining the outcome, the bank said the 2018 performance is supported by noticeable fundamentals derived from the Bank’s corporate action to clean up its book by eliminating all the legacy non-performing loans (NPLs) which resulted in full de-risking of its balance sheet and creating a new lease of life for the Bank
This result may seem impressive on the surface, but discerning analysts and investors will say otherwise.
In the last five years, its performance trend has hardly tickled investors. There have been patches of weaknesses here and there indicating that all may not be well with the lender. For instance, its profit before tax slumped 82 per cent from N13.639billion in 2014 to N2.342billion in 2015. It also dropped by 22 percent from N2.342billion in 2015 to N1.816billion in 2016. The bank’s profit before tax plunged into the red by N14.242billion in 2017 from N1.816billion in 2016 and surged 50 per cent to N1.411billion in 2018. The December 2018 profit looks wonderful and commendable, but that is not the whole story about the lender’s state of health.
For one, a note from its auditors Ahmed Zakari &Co (Chartered Accountants) for example raises a flag about the financial institution:
”in forming our opinion on the financial statements which is not qualified, we considered the adequacy of the information disclosed in notes 40a and 401a regarding the ability of the bank to continue as a going concern and addressing its eroded capital base. The bank reported negative capital adequacy ratios with high negative ratios reported as at 31 December 2018 and 2017.
”The bank is in the process of a recapitalization exercise to attract investments from both foreign and local investors. The ability of the bank to continue as a going concern is dependent on the success of its recapitalization activity”, its auditors said.
As far as its auditors are concerned, the lender is in desperate need for funds to survive. And the one million naira question in the mouths of many is, how is the bank going to raise funds that it has not been able to do over the time? Its shareholders seem worried with the development especially the negative position of its capital and the volatile macro-economic environment.
The concise explanation of experts is that a negative balance in shareholders’ equity, also called stockholders’ equity, means that liabilities exceed assets and can be caused by any one or more factors. They further said that negative shareholder equity on a company’s balance sheet is a red flag that should prompt potential investors to take a closer look before committing their money.

Analysts are wont to believe that the situation is really dire. Indeed, some industry observers are beginning to ask which measures the bank could adopt to dig itself out of the sinking hole. With total negative equity at N242.7billion in a volatile environment with weak economy, the journey to revival may still be very far.
”It is a dead bank. I don’t even know why they are keeping it. Well, may be because a large number of the people working there come from a particular section of the country. I am afraid for those keeping their monies there. In fact, if they will allow you to look critically at their books, you will notice that those assets may not even be there”, a senior broker who would not want his name mentioned in print said.

Unfortunately for the bank too, the equities market is also not favorably disposed to accommodate any public offering presently with a negative disposition and a bearish trend. Creditors have also been observed to be very cautious in this era of President Buhari’s regime where corporate Nigeria has been stripped of its bullishness.

However, some commentators believe that Unity Bank has performed fairly well in not recording obvious losses during one of the most challenging times in the economy’s history. Perceptions are that almost all incarnations of Unity Bank have been fringe banking sector players (including the Bank of the North), and no one of them came close to being in the top ten ranked institutions. A few of them were also very weak before the banking consolidation. For instance, the likes of First Interstate Bank, Tropical Commercial Bank, Centre-Point Bank, NNB International Bank, Societe Bancaire and New Africa Bank had started showing signs of distress before the banking consolidation of 2005. The banks that finally gave birth to the bank include Intercity Bank Plc, First Interstate Bank Ltd, Tropical Commercial Bank Plc, Pacific Bank Limited, Centre –Point Bank Plc, Societe Bancaire Limited, NNB International Bank Plc, Bank of the North Limited and New Africa Bank Limited. Its share price still remains one of the lowest in the sector at a wafer thin 0.71 per share as at June 21, 2019, having lost 20 percent year on year.

Perhaps, people are expecting too much from the bank which was an amalgam of almost all the industry laggards at the point of the sector’s last major consolidation exercise. Getting a bank like Unity Bank to launch into the big league would require blood, sweat and tears, preferably plenty of sweat. For instance; the regulatory requirement in which MPR is 13.5%, CRR 22.5 and liquidity ratio at 30% makes it difficult for banks to create reasonable risk assets from where more profit accrues to them. This challenge its former Chairman, Nu’uman Barau Danbata, said was always there, “But the real squeeze came in the form of banking reforms,”. Also challenging is that most of its branches which are located in the North can no longer operate on a full scale given the threat posed by insecurity emanating from the activities of the dreaded religious sect, Boko Haram. Though it has been doused to some extent, but it is still there.

However, former Managing Director of ACB International Plc, Mr. Emma Nwosu believes that any financial institution that adopts a good operating model will soar. But there are doubts that such an experiment can be achieved with a bank that had fully depended on public sector funds which are no longer there. With the TSA regime in place, there is discomfort about what the bank would do going forward. This suggests that lack of target marketing, focus as well as lack of penetration in its banking products have also constituted a drag on the bank.

Unfortunately, the corporate and consumer end of the Nigerian banking market seems to have been tied up by the four top banking franchises in the country which are responsible for over 70 per cent of the business in this market segment, and taking them on frontally would be financially suicidal for Unity Bank. Not only does the bank lack the financial muscle to prize market share from these juggernauts, but it also lacks the personnel and public confidence. Nevertheless, this does not mean that the bank cannot make inroads into the less captive retail parts of the business.

However, the bank has struggled to keep afloat despite industry turmoil. Many industry analysts believe that the bank could yet thrive going forward. But at the moment, the bank must recapitalize whichever way.

Mr. Mathew Obiazokwo, spokesman of Unity Bank Plc had promised to get back to us with the bank’s views on the subjects under consideration in this piece but we did not hear from him until press time.