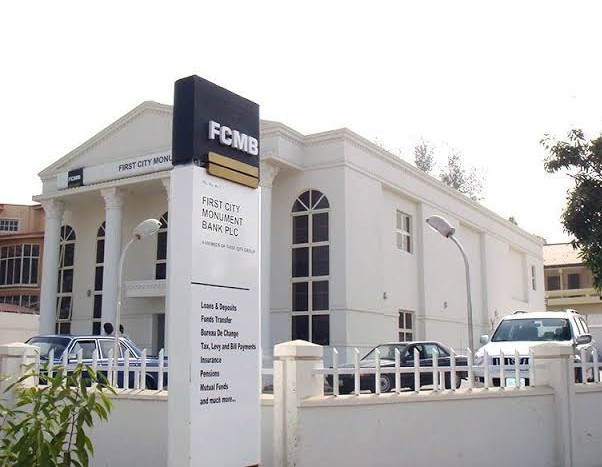 BusinessHallmark paid a visit to some of the branches FCMB in Lagos and discovered that most of the banking halls were overcrowded with customers and it took a lot of time for them to be attended to.

At the FCMB branch at Ogba, the bank’s security entrance door that leads customer into the bank is only one. Unlike other banks with two, FCMB has only one security door. It is one of the reasons customers take longer time in getting in and out of the bank and also achieving their goal at the bank.

Some customers however, commended the bank for their efforts, saying that they are not many enough for the number of customers they have.

Mr. Tunde Makinde is one of regular visitors to their branches who said the bankers should not be blamed.

He said, “It is not the fault of the bankers that customers spend a lot of time here. Just take a look at how few they are. This branch, for instance, requires about 10 of them at the counter. This place is always like a market place, especially on Fridays.”

Another aspect of the bank that many customers found frustrating is the Automated Teller Machines (ATM) of the bank. At various branches of FCMB, there were long queues of customers at ATMs making it difficult for numerous customers to make withdrawals from their accounts through the ATMs.

Many of the ATMs displayed an “out of service” message on their monitors, while others were unable to dispense cash due to network problems. The ATMs visited included those in Ogba, Ojodu Berger and Agege.

A customer who simply gave his name as Dipo said that he could not make any withdrawal with his ATM card at the Ogba branch of the bank. He said that the machine did not pay him, but only debited his account.

“A security guard of the bank told me that the poor service was due to technical problem and he assured me that my money will be remitted later,’’ Dipo said.

Another customer who refused to mention his name, said he no longer had confidence in the ATMs, adding that “I now prefer to use my cheque book”.

Bose Ayeni, at Ojodu Berger branch, said she had visited two ATMs of the bank before she got to Ojodu Berger.

“When I reached here, only one of the ATMs was working and the queue is so long”, she said.

The branch at Agege almost does not work. Customers say that it is almost impossible to go there on weekends and find money in any of the machines.

Saliu Abdullahi a trader at Agege told BusinessHallmark that, “I don’t waste my time coming here during the weekends because the ATM will disappoint you. I bank with them because this is the closest branch to my shop and house.

“When it comes to ATM, I rather go to other banks than use their ATM. This issue needs to be addressed to make life easier for us,” he said.

Efforts to reach Mr. Louis Ibe, the spokesperson of the bank proved abortive at the time of filing this report as he did not pick calls to his phone. He also did not reply messages put across to him via sms and Whatsapp.

However, an official of one of the branches, who sought anonymity, said that poor network is due to weather and technical hitches.

“We have a problem with our servers. But they are now being upgraded to address the challenges. We apologise for the inconveniences,” the official said.

FCMB Ltd is a full service banking group, with its headquarters in Lagos, Nigeria’s financial capital and largest city. It has a vision ‘to be the premier financial services Group of African origin.’

The bank is a large financial services provider in Nigeria, offering retail banking, corporate banking and investment banking services to large corporations, small and medium enterprises, as well as individuals.

As of December 2018, the bank’s total assets were valued at N1.4 trillion), with customers deposits of N822 billion.

In November 2010, both FinBank and First City Monument Bank (FCMB) announced that FCMB has expressed interest in acquiring the former and become the strategic investor in FinBank, another Nigerian commercial bank that was undercapitalized. In February 2012, following regulatory approval, FCMB acquired 100% shareholding and began integration of Finbank in its existing operations.

As of July 2012, it maintained over 310 networked branches in all 36 states of the Federal Republic of Nigeria, making it the 7th largest Nigerian bank, by branch network. FCMB had 133 branches before it merged with FinBank, which had 180 branches. The bank also maintains a branch in the United Kingdom and a Representative Office in the Republic of South Africa.

Despite its achievements on paper, in reality many customers have complained about the service. They say that the banking halls are overcrowded and the bankers are not quick in responding to the customers.

“I have been on this queue for almost an hour and yet, it has not gotten to my turn,” a young man expressed angrily.