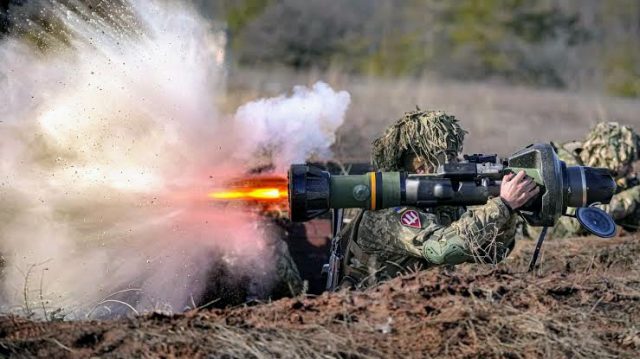 War and international geo-political crises have always brought huge benefits to oil producing countries in the past as supply embargoes and production quota shortfalls drive price over the roof. Nigeria as a member of Organization of Petroleum Exporting Countries, OPEC, has profited immensely from those crises in the past, such as the Arab-Israeli war, Iraq-Iran war, Gulf war, etc but the current Ukraine war presents Nigeria with a dilemma, and may produce adverse outcome.

As expected, the war has spiked oil price but Nigeria is worse off and not in a position to reap dividends from it. Nigeria’s production has stagnated in the past several years and the country can no longer meet its quota of OPEC by raising its current output, but it is also buffeted by the rising oil price which affects Nigerians, who may soon pay more in pump price of fuel as price of imported fuel sky-rockets.

Oil price has topped $100 per barrel since last week, which has doubled government subsidy and vitiating the proposed budget of N2.5 trillion for the next one year. The situation has left government scratching its head and confused about how to sustain the present subsidy regime. Sources in government believed that the N2.5 trillion is now inadequate for the subsidy given the price level of over $100 per barrel as the Ukraine war rages.

Experts insist that the subsidy can only subsist at a crude price of between $60 and $70 per barrel beyond which Nigeria subsidy could increase. Already, the price of diesel and kerosene, which are is unregulated have almost doubled in the past one month. For instance, diesel now sells for N420 per litre from N320, while kerosene rose from N280 to N350.

Last week, minister of state for petroleum, Chief Timipre Sylva disclosed that the Nigerian government is unhappy with the high price of crude oil at the international market as it comes with other high costs for the country. Sylva told journalists in Abuja that the government was working to improve Nigeria’s low oil production level.

The Minister who was speaking ahead of the 2022 Nigeria International Energy Summit (N.I.E.S), explained that high oil prices would also attract shale producers in the United States. During the meeting Nigeria and Iran opposed attempt by the group to raise quota to mitigate price in response to Western economies’ concern to prevent economic crisis through energy inflation.

“So for us as a net importer, it’s not very good for us. But of course, in a way what we are saying is if we are going to produce more and you get more dollars from your production they give you more money for your inputs.

“So at the end of the day, we are not necessarily making a lot of gains because we are taking from the high prices. We’re also importing higher priced products. And on the other side, we’re also encouraging producers who should not be producing to produce which of course neutralizes the market for us.”

Already, NNPC has made a proposal to raise fuel price before the end of the subsidy period. Recently NNPC issued a new directive to marketers in the sector that they will pay more for marine charges An inside source within the sector said marketers have already concluded on increasing the pump price of fuel.

Part of the letter seen by the newspaper read: “Please be informed that the NNPC Management has directed that effective 10th February 2022, the sum of Five Hundred Thousand Naira, (N500,000.00) only will be charged for STS Coordination fee for each transshipment operation involving NNPC Marine Logistics.

This amount is to cover manpower and logistics required for coordination and production of cargo documents for the transshipment operations. “A remita payment request will be generated by our accounts section for each operation to effect necessary payment upon the vessels tendering notice of Readiness, NOR.”

The source added: “NMDPRA and NNPC have both stated the federal government’s reluctance to review pump price but since they have passed them to marketers, the latter will reflect it either ex-depot or at the price.

On the 2022 NEIS which is opening in Abuja on Monday, he said about 5,000 participants are expected, adding that “the objective of the summit from inception is to deliver the biggest and best African Petroleum Technology and Business Conference that will be the definitive platform, not just for Nigeria, but also for Africa to engage the global.

This comes also against the back drop of production shortfalls, which had persisted in the past five years as a result of declining investment and oil theft through vandalism. Nigeria’s OPEC quota for the year 2022 is 2.66m barrels per day, which was recently raised to 2.74 barrel per day at the January in response to pressure from consumer countries to mitigate high price.

December monthly oil monitoring report, MOMR, showed that Nigeria’s output was lower at 1.19 mbpd than 1.2 mbpd in November 2021. Nigeria was supposed to produce under OPEC quota of 1.66 mbpd in January and 1.7 m in February 2022 but has been stock at less than 1.5 m since last year. The oil output benchmark for the 2022 budget is 2.8 mbpd, which experts have described as too optimistic.

In 2021, Nigeria recorded a production deficit of 200 million barrels per year, which at $50 per barrel amount to about $10 billion. Nigeria’s rig count dropped further from seven to six by December against the 10 rigs that were active in the third quarter of 2021. This followed rising divestment by international oil companies, IOCs, rising cost of exploration in deep waters, frequent oil spills, and vandalism, which cost the country $3.5 billion in revenue.

According to the report, OPEC is expected to raise output by four million in 2022 to a total of 100 mbpd. However, Nigeria is not likely to benefit from this production increase as a result of its production challenges that have constrained its capacity to meet its official Opec quota. Experts believe that it is this production hiccups that are responsible for the revenue pressures on government compelling it to resort to uncontrollable borrowing.

Nigeria’s revenue pressures have been compounded by the postponement of removal of fuel subsidy by 18 months, initially slated for June 2022, as contained in Petroleum Industry Act of 2021. With oil price approaching $100 per barrel the cost of importation of petroleum product is consequently expected to rise. Already the pump price of diesel and kerosene have jumped from N320 and N280 per litre respectively in January to N450 and N350 per litre last week.

In the past few week, the country has been enmeshed in a toxic fuel debacle that has virtually crippled major cities such as Lagos, Abuja and Port Harcourt, and damaged thousands of vehicles. Experts believe that importation of this methanol laden fuel may not be unconnected with price to reduce the cost of subsidy or underecovery. Currently, the landing cost of fuel is about N380 per litre, while the pump price remains at N162, with a subsidy of N218 per litre.

Mr. Chika Mbonu, a former bank chief, said that oil has become a curse and blessing to the country and the war and the subsidy have exposed Nigeria’s precarious position.
“The two countries opposed to higher quota are Nigeria and Iran, expectedly so. Iran in under sanctions and can’t raise production, while Nigeria’s output has stagnated for years at 1.5 million barrels per day, and can’t accommodate addition.

“But we can’t escape the consequence of rising price, because high price of crude increases our subsidy, so it is in our interest to keep prices low to rein in our fuel import cost,” he said.

“Nigeria depends on oil for 60 percent revenue and 90 percent of foreign exchange for too long. This government came to power promising to diversify the economy but here we are with subsidy that is a quarter of the annual budget, which will continue rise with higher oil price.

“With oil price at an eight year high Nigeria’s fuel import cost as well as the subsidy rise. In fact, the 2022 budget is essentially dead, because subsidy is going to consume much of the revenue accruals from crude price”.