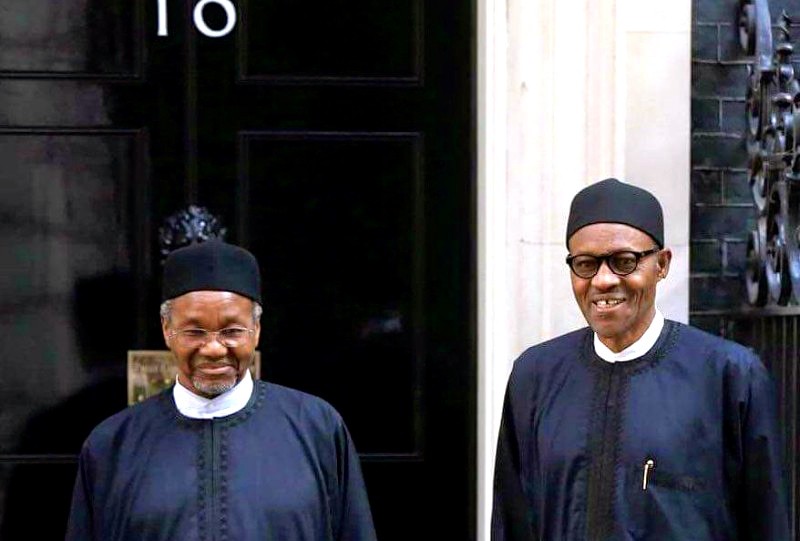 Earlier in the week, President President Muhammadu Buhari’s influential nephew, Mamman Daura delivered a well crafted assault on the collective intelligence of Nigerians. Speaking in an interview with BBC Hausa service, Daura argued that 2023 presidency should be about competence and not zoning, as according to him, the turn by turn presidency hasn’t done the country any good. Hear him: “It should be for the most competent and not for someone who comes from somewhere.”

Daura’s submission is an obvious attempt to play a fast one; an audacious display of hypocrisy. Apparently, he regards the rest of Nigerians in the South as birdbrains who can be manipulated at every turn. It doesn’t come as a surprise, however. Nigeria has always been theatre of the absurd; a place where everything moves in reverse: where dullards call intellectuals ignorant and promote their ignorance as sound knowledge, ‘it is country where ignorance leads intellect, and it’s not surprising that it has become the poverty capital of the world and the globe’s largest slaughter house.

Daura wants us to believe he has just realised that competence matters most in leadership selection, a lesson he had failed to learn in the over 80 years of his life. He did not remember competence before the North, insisting on power shift, took same in 2015, with Buhari his uncle becoming president. Then, it was all about power returning to the North, and he was perfectly fine with it. Now, however, such argument is no longer favourable. He has realised that competence should matter most.

But in a sense, his is a predicable position; one any careful observer of Nigeria’s politics would have anticipated long ago. The Northerners are smart political players. And they have always succeeded in fooling everyone else, the Southerners in particular with all their education and ‘big grammar.’

In 2007, when the North wanted power by all means, the predominant argument was that it was its turn since the South had done eight years under Chief Olusegun Obasanjo. The likes of Kaduna State governor, Nasir El-Rufai; former chairman of the Economic and Financial Crimes Commission (EFCC), Nuhu Ribadu and so on, did not give Obasanjo breathing space. They insisted – even as former Rivers State governor, Peter Odili was pushing relentlessly – that power had to return them. Obasanjo acquiesced and Umaru Musa Ya’Adua from Katsina became president in 2007. Umaru was the younger brother of Shehu Musa Ya’Adua, Obasanjo’s late friend who served as Chief of Army Staff and de facto vice president when he was Military Head of State between 1976 and 1979.

Umaru’s unfortunate death in office on May 10, 2010, however, meant that Goodluck Jonathan who was vice president took power. Jonathan went on to retain power in 2011, after an election that witnessed violence in a number of Northern states with several people killed by supporters of Buhari who lost to him at the time.

By 2015, the North had become agitated and desperately wanted power back. The predominant argument then was still that power had to return to the region because it was its turn. Eventually it did with the support of the Bola Ahmed Tinubu led Southwest and Buhari became president.

The North having therefore, used the argument of zoning to take power back in 2015, it is not unexpected that when the same argument no longer favours it, which would be the case in 2023 when it would have completed its own turn, the argument would change to competence as opposed to zoning. Daura’s position fits into this, and as 2023 approaches, expect that this argument will be more aggressively pushed.

Indeed, it was the same El-Rufai who was on Obasanjo’s neck in 2007, and who formed part of the core group that pushed for Buhari’s candidacy in 2015 with the sole purpose of returning power to the North, that first made the 360 degrees turn to argue against zoning because, again, it is no longer in the North’s interest.

Writing in a prologue titled “Defending a Determined Incumbent,” which he contributed to a book, ” Power of Possibilities and Politics of Change in Nigeria,” written by Salihu Lukman in August last year, El-Rufai argued that zoning was a barrier to political equality, noting that the arrangements needed to be de-emphasized and abandoned in favour of competence.

The Kaduna governor had gone on to posit that Nigeria could no longer afford to continue on the same path of zoning positions based on regions of origin. De-emphasizing zoning, he had noted, would stop politicians from “resorting to self help by instigating violence by engaging in “ethnic and religious mobilisation.”
It was of course, a very convenient argument to make after deploying exactly the same tactics to win power in 2015. And one would wonder if the governor had not realised the place of competence in leadership selection before 2015. But it’s all about pushing arguments that serve regional, ethnic and religious interests. Like El-Rufai’s, Daura’s position must be taken with a pint of salt as it is evidently more of an indication of the determination of the North to retain power by deflating the South’s reciprocal argument for power shift in 2023. Nobody should be deceived.

The fact really is that should leadership selection be based on competence, the North, which trails the South in all indices of education, intellect and human capital development, would be least qualified to lead.

Obinna Ezugwu, a Lagos based journalist, can be reached via his email address, [email protected]