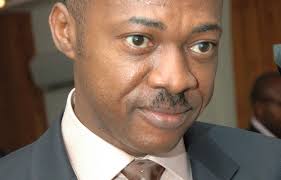 Two governors, Sullivan Chime of Enugu state and Muazu Aliyu of Niger state narrowly escaped impeachment few weeks to the end of their tenure. The third, Ibrahim Shema of Katsina state also faced similar threats of removal. Was there any strong case against the governors or is the process being abused to settle political scores. OLUSESAN LAOYE reports

Threats of impeachment of governors and deputies have heightened with the countdown to the May 29 handover date very close. Watchers have expressed disgust that with only few weeks left to the end of this democratic dispensation, state Houses of Assembly have suddenly woken up from sleep to initiate impeachment proceedings against some governors over allegations that bordered on financial mismanagement.

To many the move to remove Enugu state governor, Sullivan Chime and his Niger state counterpart, Muazu Aliyu by the lawmakers smacks of political vendetta especially few weeks to the end of their tenure. Observers are also worried that if the situation is allowed to continue it might affect the new democratic arrangement as politicians might begin to use it to settle scores rather than what it should be, if the judiciary fails to rise to the occasion.

What has made the current impeachment moves in some states of serious concern is the threat which it could pose to democracy and good governance since it was done in fate fate and not based on any reasonable acts of misconduct as specified in the constitution.

In the past few weeks, the governors of various states and the legislators have been embroiled in crisis which has resulted in threat of impeachment and outright execution of the threat.  Although the constitution of the country provides for impeachment of chief executives and their deputies, the misuse of the provision by the lawmakers is what is giving Nigerians concern.

The first impeachment which was carried out in the second republic when we started the present presidential system was in Kaduna State when Alhaji Balarabe Musa was removed as governor. He was the first governor to be so impeached and which operated for almost two years in office without a cabinet because of not wanting to include names of people from the NPN which constitute the majority in the state House of Assembly in his cabinet. The Assembly was controlled by the NPN but Musa was elected on the platform of the PRP. The state Assembly refused to ratify the names of the people he forwarded to it as cabinet members and this continued for over a year before he was thrown out of office.

It would be recalled that the trend of impeachment returned during Chief Olusegun Obasanjo’s regime when he forced the removal of some governors on the grounds of corruption. The governors affected then are Ayodele Foyose of Ekiti State, Joshua Dariye of Plateau State, Rashidi Ladoja of Oyo State and DSP Alamieyeseigha of Bayelsa state. Of the three affected Governors, only Ladoja was lucky to come back when his impeachment was overturned by the Supreme Court.

During the same period as well, there were some deputy governors who were impeached. The deputy governor of Lagos State under Asiwaju Bola Tinubu, Mrs. Kofoworola Bucknor Akerele, was so victimized and was to be impeached before she decided to quit Tinubu’s government by resigning her appointment. The Cross Rivers Deputy Governor, John Opa suffered the same faith while Mr. Femi Pedro who took over from Mrs. Bucknor because of his political ambition to contest the governorship of the state, was impeached few days to the end of the tenure of Tinubu’s second term.

What was funny about Pedro’s Impeachment was that despite the fact that he resigned, the state House of Assembly still went ahead to impeach him. Another Deputy Governor who was not that lucky in the era was that of Abia State under Chief Orji Kalu, Senator Enyinnaya Abaribe, who also threw in the towel before he was pronounced impeached by the House of Assembly. His successor, the late Dr. Chima Nwafor however got impeached in controversial circumstances and later died pursuing the matter in the courts.

What is however bothering Nigerians now is that legislators now use impeachment to achieve selfish purposes or settle political scores that emanated from the just concluded general elections? Before the elections three governors were primed for impeachment from office. They are the governors of Adamawa, Alhaji Murtala Nyako, who was eventually impeached, the Nasarawa state governor, Aljai Tanko Al-makura and Danbaba Suntai of Taraba. Al-makura and Suntai survived the plot and Al-makura has since been reelected as the governor of the state for another four years.

Other state governors who were threatened with impeachments include the governor of Edo State, Comrade Adams Oshiomhole. The plot to remove him was hatched by the PDP led Chief Tony Anenih. Also Governor Rotimi Amaechi of Rivers state quelled the attempt to remove him when the six minority PDP members impeached the Speaker, but he was quick to reinstate the Speaker.

Since the wave of impeachments started before the election, it has never stopped and some of those who have become victims include the Deputy Governor of Ondo State, Alhaji Ali Olanusi who was recently removed. Another impeachment that is generating controversy was that of the Speaker of Ekiti State House of Assembly, Dr Adewale Omirin by the minority PDP lawmakers.

Now the Ekiti APC majority lawmakers are hunting for Fayose to remove him since the party won the presidential election. Fayose is not the only person facing the same threat, Governor of Niger State, Babangida Aliyu and that of Enugu, Sullivan Chime are being threatened with impeachments. That of Aliyu almost succeeded save for the fact that he quickly went to court to seek an injunction stopping the Niger State lawmakers, who were angry with him for refusing to pay their severance allowance of N18million each.

In Katsina State, 16 members threatened to impeach Governor Ibrahim Shema over alleged poor state of the state’s finances and spending public fund without recourse to the laid down procedures.

For the past two weeks that the new wave of impeachment has been on, Nigerians, politicians and even legal luminaries have been reacting to the ways impeachment is now being used in the present political dispensation. Although most of the people who commented on this trend, believed that it was good to check mate the excesses of those in power, especially governors and the president.However, they frowned at the way and the rate with which the impeachment clause in the constitution is being abused. They argued that the clause has not been properly implemented since the second republic when Alhaji Musa became the first causality of the clause.

Balarabe Musa who spoke with Hallmark in a telephone chat said that he had no regrets for being the first person to be impeached in the presidential system. He also said that he has nothing against the impeachment clause in the constitution, but he frowned on how the clause is being applied. He said that his fears now is on the way it is being abused to settle political fights, adding that he is worried that if things are not properly put in place, the trend could pose a great danger to our democracy.

According to him,“impeachment is not what could be prevented because it is in the constitution and I back it 100 percent. He said that since we have been practicing the presidential system we ought to have graduated to the level where issues should be used to determine when impeachment should be applied and not the way it is now being used for self aggrandizement.

Also speaking about impeachments,former Chief Justice of the Federation, Justice Aloma Mukhtar said that the way impeachment was being carried out could be dangerous for the country’s democracy. She frowned at the way minority legislators meet to carry out the impeachment of the speaker or the executive.  In his own submission, Mr. Augustine A (SAN), condemned the spate of impeachments in the country and made specific reference to the way the Ekiti State House of Assembly speaker, Omirin was impeached by the minority in the House and it stands till date.

Another legal luminary, Ladipo Johnson, told Hallmark that in as much as the impeachment clause was provided in the constitution to checkmate the executive and to prevent abuse of office, he was worried that the provision in the constitution is now being abused. He said that it is the judiciary who would now be relied upon to determine whether the application was properly used or not. Johnson also pointed out that the way things are going some impeachments not properly applied on a popular governor or President  could lead to public uproar and violence that could lead to state of emergency in that particular state where it was not properly applied.