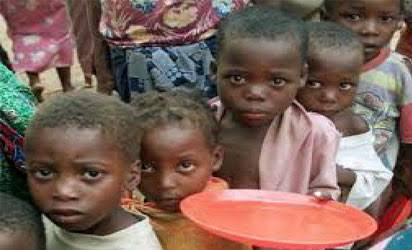 More than six Nigerians enter the extreme poverty bracket every minute, as the number of poor persons in the country race towards the 95.1 million projected this year, the World Bank has revealed.

According to the bank in its latest 2022 Poverty and Prosperity Report, Nigeria contributed three million people to global extreme poverty, while the country is “home to a large share of the global extreme poor”.

Nigeria was also ranked 103 out of 121 countries in the just released 2022 Global Hunger Index (GHI), a position that signifies the nation has a very serious level of hunger.

The Global Hunger Index was jointly published by the German-based Welthungerhilfe and Dublin-based Concern Worldwide on October 15 to mark the World Food Day.

The report, which ranks countries by ‘severity’, gave Nigeria a score of 27.3 – a hunger level falling under the ‘serious’ category.

The index has five levels of hunger under which each country falls – low, moderate, serious, alarming and extremely alarming.

This is the second consecutive year in which Nigeria’s ranking on the scale remains the same. Nigeria, Africa’s most populous nation, ranked 103 out of 116 countries in 2021 and 98 among 107 countries in 2020.

At the beginning of this year, the number of poor Nigerians had increased to 91 million, with the World Bank estimating that an additional one million people were pushed into poverty in Nigeria from June to November 2021.

The latest figure of the poverty index, nearly half of the country’s estimated population of about 214 million, had jumped from 89 million, according to a report by the National Bureau of Statistics (NBS) in May 2020.

This means that 6.1 million more persons would have fallen beneath the poverty line in two years, making it the poverty capital of the world.

While India has more people living below the United Nations estimated poverty line of $2 due to its large population, by percentage, the country at barely six per cent, comes second behind Nigeria at 32 per cent.

The poverty rate, it was stated, had been aided by the impact of the COVID-19 crisis and the growing population.

President Muhammadu Buhari had last year claimed that his administration had lifted 10.5 million Nigerians out of poverty between 2019 and 2021.