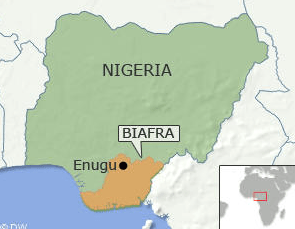 In recent times, there has been a growing surge in the activities of fringe separatist groups in Nigeria. From the activities of groups like the Boko Haram in the North East through the promoters of ‘Radio Biafra,’ it is very clear that Nigeria needs to do something about this rising tide of dissension and separatism. It is most important that the nation sits up. What is required then is for the nation to urgently undertake a comprehensive security audit and in the process take away all the offense-bearing booby traps that could lead us to doom avenue.
Equally un-amusing is the associated rise of hate speech, contumacious ethnic profiling and incendiary rhetoric. This is equally unacceptable. In a multi ethnic and multi religious environment like ours it is most critical that all such trouble-baiting is swiftly checked and contained. We therefore condemn very strongly all instances of divisive and incendiary rhetoric and the purveyors also.
Related to this is the equally growing scourge of the use of abusive language on social media. As it is emerging now, enemies of our peace are taking to the internet to vent their spleen. On news reports, media web sites and sundry other outlets, they randomly now engage in very combustible orgies of abuse and hate where vitriolic and xenophobic attacks are spewed out with careless abandon. This also is most unacceptable and must be contained.
Without as much as doing any danger to free speech, we ask internet sites owners’ and indeed the regulatory authorities to redouble efforts to ensure that all such threatening verbiage is not allowed to roam unchecked on the net. Inflammatory statements on the social media should be controlled
Underlying ourposition is the reality of our situation. We are so stretched today as a people that we really cannot afford to fight any more internal insurrections. To guarantee then that we have the peace that we so critically require, we must put a leash on all such conduct that would take it away. We should not be complacent in this regard.
Equally to be noted is the fact that insecurity is, indeed, very costly. Only last year, Nigeria committed over a trillion naira, being about a quarter of our cumulative national budget, to containing security threats, chief of which was that associated with the operations of one of the separatist groups under reference. Security is indeed a very expensive business. Hence, we must go the extra hog to make sure that things are not out of hand.
Hallmark is of the view that as a nation then, we critically have to take practical steps to nip this most unsavoury development in the bud. We need to be proactive. But we must equally recognize that dealing with Boko Haram through direct military engagement is not the end of it. The nature of insurgency critically compels a multi-disciplinary approach. We must therefore move on to expand the remit of our responses.
In this, it is imperative to appreciate that we would need to do a near-total revamp of our national security intelligence infrastructure to ensure better pre-emptive activity. Our security people should infiltrate these groups with moles long before they become the very complex threats that subsequently have to be engaged with higher costs. If they need the cooperation of Interpol and the security infrastructure of other nations the world over, they should most proactively go out there to get it.
As for the rumblings from anonymous media platforms and the internet, the respective regulatory agencies need to restate very loudly to all host centres the fact that they must only permit their platforms to be used within the properly defined civil, legal and ethical frameworks, None of these laws to the best of our knowledge condones abusive, incendiary rhetoric and the ‘levying of war.’ They should also proceed to properly identify and shut down sites and outlets like the controversial ‘Radio Biafra.’
Equally, hate speech on the social media should be stridently dealt with. It is not enough for site hosts and operators to continue to hide behind the defense that the internet is no man’s land. If it is no man’s land, then how come they can put in place structures to collect their own rental income from the much touted ‘free-for-all zone’.
The onus however, on government to provide good governance and avoid deliberate marginalisation of any group or groups of people in the country to ensure a sense of identity and belonging to the nation. In the final analysis, it is the feeling of exclusion and neglect by government that engenders such frustrations and untoward tendencies.