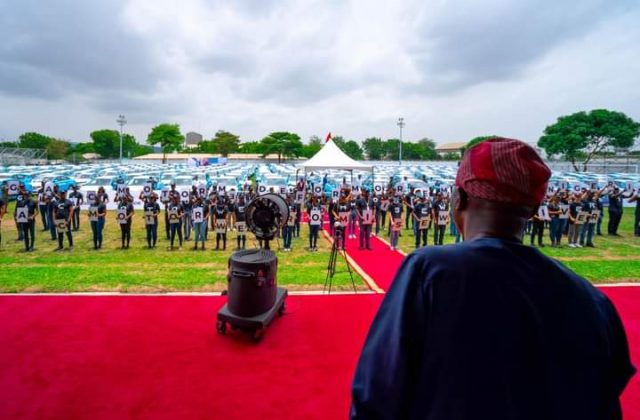 Governor of Lagos State, Mr. Babajide Sanwo-Olu, on Wednesday, launched a state-run taxi scheme with the roll-out of first 1,000 vehicles.

The scheme, according to the governor, will be run on lease-to own basis and meant to provide meaningful source of livelihoods to residents of the state.

“Earlier today, I launched a safe, comfortable and modernised taxi scheme in Lagos State, with a rollout of the first batch of 1,000 brand-new GAC-branded vehicles under the LAGRIDE scheme,” Sanwo-Olu announced via his Facebook page.

“Under this arrangement, a beneficiary will be provided a brand-new car which will become the driver’s property after completion of the payment of the vehicle’s subsidised cost.

“What we are witnessing today is that, Lagos is moving away from the era of rickety cab to brand-new, comfortable and safe transport system.

“The multiplier effect of this singular initiative on job creation, youth employment and economic growth and development in the State cannot be overstated.”