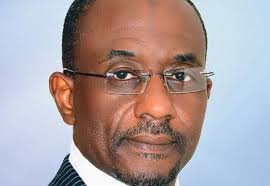 Former Governor of the Central Bank of Nigeria, and Emir of Kano, Mallam Sanusi Lamido Sanusi, has insisted that NNPC was yet to account for $12.5 billion despite a recent ‘audit’ by Price WaterHouse Coopers. Sanusi, who feels vindicated by the audit, in an article titled, “Unanswered questions on Nigeria’s missing oil revenue ”, published yesterday in the Financial Times, also insisted that the PWC Audit Report confirmed that about $18.5billion of the NNPC’s earnings was not remitted to the treasury, contrary to what the Petroleum Minister, Mrs. Diezani Alison-Madueke, claimed is the case.

Contrary to the claims of Petroleum Minister Diezani Allison-Madueke, the audit report does not exonerate the NNPC.

It establishes that the gap between the company’s oil revenues from January 2012 to July 2013 and cash remitted to the government for the same period was $18.5bilion.” he said in the article.

While efforts by Hallmark to elicit further clarifications from him proved abortive as our text message was not answered, Sanusi raised doubts about the breakdown of the NNPC’s account on how it used the money and the legality of the conduct of the state’s oil company.

He hinted that his tumultuous and unceremonious removal may have be occasioned by his determination to unearth the actual amount, stressing that the total figure of unremitted funds could be much higher given the fact that the $18.5 billion in question covered only 19 months of the administration.

He called on the new government to widen the probe to cover up to 2012.

He advised the authorities to hold anyone found culpable in these transactions accountable and commence legal proceedings against them, adding that Nigerians did not vote for an amnesty for anyone.

“The lines of investigation suggested by this audit need to be pursued further.

Any officials found responsible for involvement in this apparent breach of trust must be charged,” Sanusi said.

He described the case of the missing $18.5bn as a “scam that violated the constitution” and which he alleged resulted in his suspension as CBN governor.

According to him, the Federal Government had been paying for a supposed kerosene subsidy purportedly granted by the late President Umaru Yar’Adua, which contradicts the claims that kerosene subsidy had been vacated, attributing the statement attributed to the Executive Secretary of the Petroleum Products Pipeline Marketing Company (PPPMC).

“Throughout all this, Nigerians paid 120-140 naira a litre of kerosene, far more than the supposed subsidised price of 50 naira.

Yet the state oil company withheld $3.4bn to pay for a subsidy that in effect did not exist. I have consistently held that this was a scam that violated the constitution and siphoned off money from the treasury.

‘’The second major item raised in the report relates to the transfer of oil assets belonging to the federation to the Nigerian Petroleum Development Company, a subsidiary of the NNPC.

‘’NPDC has paid $100m for these assets, from which it extracted crude valued at $6.8bn but paid tax and royalties worth $1.7bn in the period scrutinised by the auditors. PwC was unable to establish how much of the remaining $5.1bn should have been remitted to the government.

But the report showed that, along with the private companies NPDC partnered with, it was extracting crude worth billions of dollars but yielding very little revenue for the treasury. I was investigating related transactions when I was suspended,’’

”The third major item is a claim of $2.8bn by NNPC for expenses not directly attributable to crude oil operations; PwC said “clarity is required” on whether such upfront deductions from remittances to the federation accounts are allowed, or whether the money should have been remitted to the government.

Finally, there are duplicated ex penses, “unsubstantiated” costs, computation “errors” and tax shortfalls; a total of $1.48bn has to be refunded”,

“Of the $18.5bn in revenues that the state oil company did not send to the government, about $12.5bn appears by my calculations to have been diverted.

And this relates only to a random 19-month period, not the five-year term of Mr Jonathan, the outgoing president”, said he.

Sanusi said that what mattered to him most was whether the NNPC remitted to the government the entire proceeds of its crude oil sales, and that if it did not, whether  there is proof of the purpose to which the unremitted amounts were applied, as well as ascertaining whether the Corporation has the legal authority to withhold these funds.

Ever since the audit, PWC credibility has come under question whether it may have compromised certain ethical standards. The firm had been contracted to probe the operations on the missing $20 billion in NNPC.

Unfortunately, the audit firm turned around to discredit its work saying it cannot vouch for the integrity of its findings.

According to the firm, the procedures it performed did not constitute an examination or forensic investigation in accordance with generally accepted auditing standards or attestation standards, but only a review of its operations.

It also disclosed in the report that all accompanying deliverables were “solely for the Office of the Auditor-General for the Federation, for their internal use and benefit and not intended to, nor may they be relied upon, by any other third party.

After the alleged shabby audit the firm merely asked the NNPC to refund to the government a minimum of $1.48 billion of missing oil funds, a figure which angered many Nigerians who believe the amount was smaller than what was missing.

Series of potential factors, the firm also said, could render its findings not credible because it had no access to the full account of some relevant agencies like NPDC, the upstream petroleum industry subsidiary of the NNPC.

Peeved with PWC, the Senator-Elect for Lagos West Senatorial District and Chairman of the House of Representatives Committee on Public Accounts, Hon. Solomon Adeola called for the  sanctioning of, PriceWater House Coopers (PWC) for misleading and deceiving Nigerians on the issue of the missing $20billion NNPC fund.

“From the disclosures by PWC on its work, there is no audit report on the missing money much less a ‘forensic’ audit report. From what was done by PWC, only a review and compilation of some figures was done resulting in different figures from $1.4billion to $4.3billion being bandied for refund by NNPC to the coffers of the Federation Accounts” he said.

The President-elect, General Muhammadu Buhari, had also disclosed his intention to revisit the missing $20billion. After Buhari’s comment, President Jonathan directed that the report be made public.