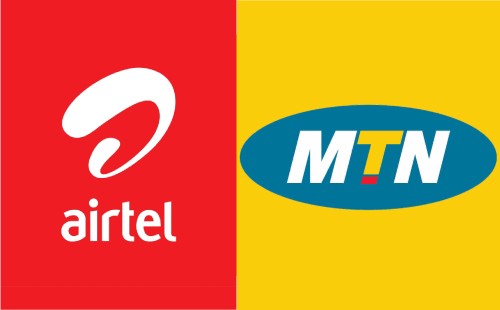 Although the telecoms sector is one of the segments of the economy which benefited from the coronavirus pandemic, as many people and firms had to work and make payments and do their businesses remotely employing telcom services, this has not reflected in the bottom-lines of operators in the industry due to higher cost of serving their financial obligations.

Two of African largest telecom operators, MTN Nigeria and Airtel Africa, which are listed on the Nigerian and London Stocks Exchanges despite witnessing growth in revenues in their second and third quarters financial results for the period ended September 2020, witnessed profits decline during this period;

MTN Nigeria, the country’s largest telecom services provider by subscribers base, had 3.3 per cent drop in post-tax profit to N144.24 billion in the third quarters of this year compared with N149.22 billion it made in the corresponding period in 2019, although its gross revenue improved 13.92 per cent year-on-year to N975.76 billion in Q3 2020.

“At times you do have to focus on the profit they made only,” he added.

Rotimi Fakayejo, a financial market analyst, pinned the decline in the profitability of MTN Nigeria and Airtel Africa to rise in their finance cost and the devaluation of Nigerian currency, which is the largest market for the two operators, during this period. He, however, projects an improvement in the performance of the telcos in the last quarter of the year.

Mr. Johnson Chukwu, Managing Director, Cowry Asset Management, explained that the devaluation of the Naira worsened the cost of servicing the dollar denominated debts of the telcos, which eroded their profitability.

“Nothing has changed in the economy that will inform an improvement in the performance of the telecoms companies as there is still shortage of dollar in the country,” he stated.

The Central Bank of Nigeria (CBN) had in August further devalued the Naira by five per cent to N385/$ at the official window in a bid to unify the country’s multiple exchange rate.

“During the period under review, we saw volatility in both voice and data revenue, affecting the trajectory of our overall service revenue, as well as pressure on costs, which continues to impact our operating margins, dampening profitability,” said Ferdi Moolman, Chief Executive Officer, MTN Nigeria.

With MTN Nigeria’s 3.9 million additional customers in Q3 came 57 per cent rise in data revenue, while incomes from digital and fintech services were up 114.3 per cent and 28.3 per cent respectively, but voice revenue only grew 4.2 per cent during this period.

MTN Nigeria also expended 26.1 per cent more as capital expenditure to N194.2 billion in Q3, increasing its site rollout by 46.2 per cent y-o-y during this period. EBITDA went up 9.1 per cent and the EBITDA margin was 51 per cent.

The CEO of MTN Nigeria said the forex scarcity still poses a lot of challenges to the company’s operations, as exchange rate impact on its lease rental costs continues to put downward pressure on EBITDA margin in Q4.

But, “We will continue to drive service revenue growth and optimiise our balance sheet to unlock efficiency and support margins,” he asserted.

Airtel Africa grew revenues from mobile and mobile money by 15.3 per cent and 30.4 per cent respectively in H1 2020 rising 110 basis points to 44.7 per cent during this time.

Jaideep Paul, Chief Financial Officer, Airtel Africa, explained to investors that the company has had issues with repatriating cash from Nigeria because of forex squeeze in the country since March as a result of the impact of low oil prices in the country, which adversely depleted its foreign currency reserve.

“However, with the crude price stabilising at around $40 and stable forex reserves we expect the foreign currency availability stabilising probably in the coming quarters. It’s difficult to say when, but we expect it will start moving up as we progress during the year.

“In some of the countries we have a little slowdown. In Malawi that is another country. The dollars are available, but it is available in shorter value. But the rest of the other places there is absolutely no issue,” he added.