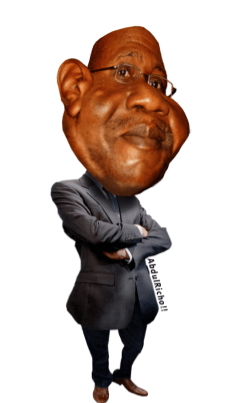 The Central Bank of Nigeria governor, Godwin Emefiele, was not the most popular choice of head of the Bank when erstwhile President Goodluck Jonathan appointed him as helmsman. Emefiele was considered too much of a bureaucrat; tall on process but short on big ideas. Besides it was suspected that Emefiele did not have enough practical experience in macroeconomic policy to cut through the looming crisis. So far, the self effacing former Managing Director of Zenith Bank Plc has blasted past performance hurdles that have shut the mouths of his ardent critics. Nevertheless with the economy in a complex bind, Emefiele needs to do much more than take the convenient and tested road, he needs to do the brave, uncharacteristic and the risky; he needs to cut interest rates. 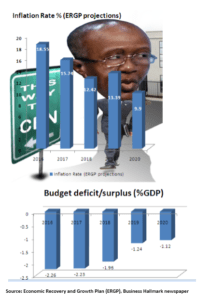 Over the next few months the Central Bank of Nigeria (CBN) boss will come under his severest test since becoming the Bank’s governor.  Emefiele’s steady commitment to a high interest rate environment has curbed inflation but has equally fostered a low growth economy that has in given room to a huge army of educated and semi-educated youths tugging at the coattails of unemployment. Available indicative data suggest that Nigeria’s unemployment rate for those between 18 and 34 is around 26 per cent and those between 16 and 45 is around 54 per cent, the dark figures understate the emerging socioeconomic challenge. With over 70 per cent of the population between the ages of 0 and 35 and 67 per cent younger than 30, this demographic reality explains the groundswell of anger  among young Nigerians and the flashpoints of disaffection that masquerades as secessionist movements such as the Independent Peoples of Biafra (IPOB). The grass root support of such organizations reflects the economy’s inability to give jobs to a growing horde of young Nigerians (Nigeria’s population growth rate is a frightening 2.9 per cent).

While the Central Bank of Nigeria (CBN) has sensibly committed itself to price stability, it has done so by keeping money supply tight, interest rate high and kicking all other policy issues down the road, the policy consequence has been dire for the broad economy. Noting the challenge, Dr Biodun Adedipe, a financial consultant, pointed out on the sidelines of a lecture delivered to financial journalists in Lagos this year that, ‘we got ourselves locked in the worst of both worlds; high inflation and high unemployment, in such situations macroeconomic policy can only take care of one of these monsters at a time and tolerate the other, trying to tackle both simultaneously is a fool’s errand’, he noted. 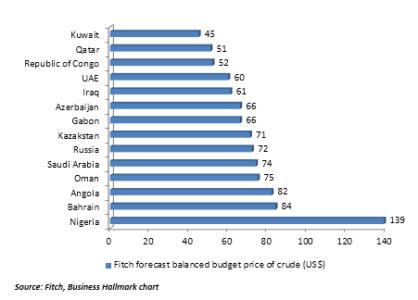 Several economists have equally argued that in nations, such as Nigeria, where structural challenges and institutional biases make employment creation difficult, the Central Bank becomes the ‘fall guy’ for society’s difficulties.  Be that as it is, Emefiele’s tight monetary policy position has so far toppled inflation bringing it down from an alarming 17.85 per cent at the beginning of the year to a more modest 16.01 per cent at the end of July 2017 (although in the middle of 2016 inflation had soared to a stunning 18.55 per cent).  This valuable achievement has, however, come at the cost of economic growth; the country’s gross domestic product (a measure of its total economic output) grew by a crushing 0.55 per cent at the end of the second quarter of the year after five previous consecutive quarters of negative growth from 2016 to the first quarter of 2017. This has led to ominous youth restiveness, mass job losses (banks, for example, have bumped off thousands of workers and boarded up several branches in the last two quarters of the year), fall in manufacturing output, increase in violent social crimes (kidnapping and ritual murders), and spawned a flock of mind-control agencies called houses of worship. 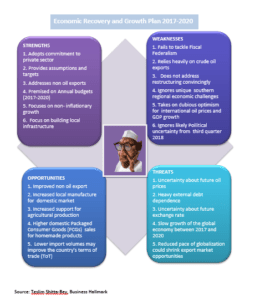 With workers losing jobs in their thousands and families under intense economic pressure, the Nigerian society and its economy is tearing at its seams. What looked like a temporary economic setback is fast becoming a sustained socioeconomic disaster as economic growth pulls ahead at less than one per cent at a time the country’s population marches forward at steely pace of 2.9 per cent, meaning that output and incomes per person is dropping so rapidly that if the situation is not reversed the country could find itself drowning in economic quicksand within a decade. The economy needs to pick up its growth by at least six per cent per annum over the next five years and grow by an additional eight to ten per cent subsequently for another five years to make a meaningful dent in the current unemployment rate. Economists have since the mid-1970’s had a clever way of analyzing unemployment and economic growth through what has been called,  ‘Okun’s’ law.  Propounded in 1975 by the late Yale Professor Arthur Melvin Okun, he noted that there was a stable relationship across countries between unemployment and growth. According to Okun, a three per cent increase in real gross domestic product would lead to a one per cent fall in cyclical unemployment. What does this mean? It means that if Nigeria’s GDP (presently about $420billion) goes up by three per cent unemployment will go down by one per cent and a six per cent rise in GDP will bring about a two per cent fall in unemployment. This would drag unemployment down from around 14.05 per cent (official rate) to 11.05 per cent. A more credible private calculation would be that unemployment will slide from 26 per cent to 23 per cent.

But how does the economy grow its real GDP to achieve these results? The first point is that real GDP will not flourish in an environment of double digit interest rates. Borrowing money at between 22 and 28 per cent per annum is like pissing in ones pants, everybody sees the problem but only the borrowing company feels it. Paying between one fifth and one third of what one has borrowed as additional cost besides the principal amount used in carrying out ones business leaves little room for meaningful profit and little incentive for production growth. Slow growth of production output would lead to slower growth of employment and lower tax revenues for government.

A number of analysts have noted that by the time direct costs of production, distribution and administration are added to finance charges, profits of many companies become as flat as Chinese pancakes. A second point is that the fiscal authorities (the Ministry of Finance) has been borrowing money for it treasury like a drunkard newly hooked on a new brand of beer, the MoF has been issuing treasury bills through the debt management office (DMO) as if its life depended on it thereby leaving a debt hole big enough to sink a Titanic. Recent external debt figures have stretched to a staggering $15 billion at the end of the second quarter of the year; this was up from $13.8billion at the end of the first quarter or reflecting a three month growth of 8.7 per cent.  Internal debt fixes have been even worse as the treasury has kept on borrowing money from the CBN without halt. Internal debt is now about $39.3billion or N12 trillion.

This understandably prompted two members of the CBN’s MPC to break ranks from the traditional code of silence to complain forcefully about the excessive sales of Treasury bills and the incessant funding of the treasury by the CBN. A growing number of economists have, therefore, called on the CBN to roll back its regime of easy money for the treasury and begin to freeze further sale of bills. There have also been calls for the federal government to reflate the economy by moving more Treasury Single Account (TSA) funds to commercials banks to improve their liquidity and enhance their ability to lend to the private sector.  This in addition to a rate cut should be more effective in stimulating growth. The federal government’s 2017 economic recovery and growth plan (ERGP) cannot possibly meet its growth targets over the next three or four years if interest rates are not slashed. Economics can be befuddling but it is not magic, growth comes with low and not high cost of money.

Admittedly, the fiscal arithmetic of government can at times get very dodgy as it depends on a complex combination of many moving parts but in the main, if Emefiele the CBN’s chief policy czar is to be remembered for skillful monetary management he needs to jump off his comfortable high interest rate horse and begin to fashion out a way to grow the economy at lower lending rates. Since terrorism can also involve sticks and stones the CBN boss may need to avoid mayhem by helping the economy grow, if not, not even python dances and crocodile smiles will save the future.