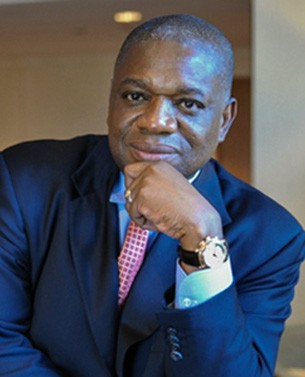 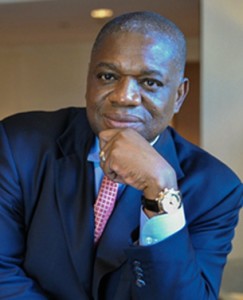 Your Excellency,
I think I should leave out all sweet preliminaries and go straight to the main object of this letter; which is to request you to kindly reconsider your stand on the protracted newspaper war against Senator Theodore Ahamefule Orji, immediate past governor of your dear state, Abia.
Your Excellency, you know that this is not the first time I am making this request from you. It is also not the first time I am making an intervention on the matter, either in response to issues raised by you (especially in your “Kalu Leadership Series” column in your newspaper) as well as those raised by some of the writers (in the newspaper) who, for obvious reasons, have sympathy for you.
Only a fortnight ago, I did an article (see Nation on Sunday of July 21st 2015) in response to one written by one of your ‘boys’, Mr. Ebere Wabara. I need not go into details of the article by both Wabara and I since that is not the subject matter of the present write-up. But suffice it to state that it was the same issue of an “ungrateful” T.A Orji who was brought from prison (by you) and made governor. I felt that Nigerians have heard enough of that and I advised Wabara to look for a fresh angle to the war against Senator Orji.
Mr. Wabara, whom I, nonetheless, have great admiration for, actually called me to ask: “Ethelbert, are you the one writing this rubbish”. In his next outing, however, Mr. Wabara announced a truce even though some observers (of the Abia media war) believe it is a fluke; that Wabara was probably selling a dummy, to make Senator Orji go off guard while he (they) prepare for a final show down.
Your Excellency, your column (Kalu Leadership Series) of Saturday July 4, 2015 (page 55) is an indication that the media siege on T.A Orji and indeed the entire of Abia State is far from being over.
Your Excellency, I must confess that I am not a fan of your column for the simple reason that it became so pre-occupied with the so-called ingratitude of Chief Orji, to the boredom or even irritation of many who would have ordinarily loved to read from a usually forthright and bold fellow like you. In the column under reference, you were writing under the title, “CAN EVIL TRIUMPH OVER GOOD?” and in which you attempted to discuss the current financial crisis in the states and indeed the entire federation. Not unexpectedly, you took Abia State, your home state, as your paradigm, as a place which epitomises the national malaise.

Your Excellency, as interesting as the subject is, you probably do not know that your article did not hit the desired target for the simple reason that majority of your readers who have since gotten fed up with your fixation on Abia State and Orji, dropped the article the moment you veered into Abia State just in the third paragraph.
As far as I am concerned, everything you said about Abia State, your own dear native land, and T.A Orji was vintage you. For, it would have been most unusual for you not to seize the opportunity of the present crisis to descend on Abia, the state which you presided over for eight years. In other words, you did not disappoint those who had been looking forward to that.
Your Excellency, you did not also disappoint (the few who might have read this column) when you wrote in the 12th paragraph thus: “The case of Abia State is worth mentioning here. It pains me that our security agencies do not take some of the things we write in the media seriously. Otherwise, why should Theodore Ahamefule Orji and others of his ilk walk the streets as free men… ” Sir, I said you did not disappoint because the inelegance was still there, quite apart from the fact that the clause, “…..some of the things WE write in the media…”, might have added impetus to critics of your column. We shall return to that later.

Your Excellency, your insinuation on Senator Theodore Ahamefule Orji is too pedestrian to come from a fellow of your calibre. I am certain that even the most dedicated of your admirers would have wondered whether they were reading from a student’s union leader or labour activist. Could your words on Senator Orji actually have come from a former governor of a state? Your Excellency, Nigerians did never knew that the matter between you and Orji had gotten to the level where you could wish him to be in jail even when he was yet to be charged of an offence.
Fortunately for both you and Chief Orji, you admitted, Your Excellency, that you are a victim of “trumped up charges”. Your words: “I have never for a day regretted my travails in the hands of my traducers and persecutors. They say I misappropriated money. They cooked up all kinds of figures without any empirical facts to support them. The Economic and Financial Crimes Commission (EFCC) arraigned me before the court as trumped up charges. It is almost eight years into the trial, yet they have not been able to prove any of the allegations against me”.
Your Excellency, really? Now, let us place this side by side with what you wrote about your friend, T.A. Orji in the column under reference. You wrote: “It was in this column that I listed the many sins of former Governor Orji while in office. I wrote in one of the series in this column how he looted Abia State treasury and the cunning ways he had tried to manipulate the psyche of the people and evade the prying eyes of security agents”.