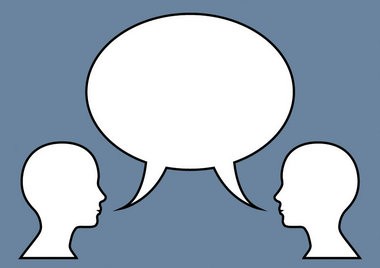 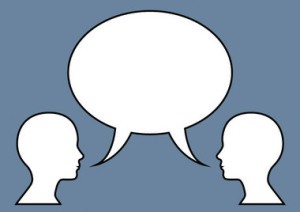 The formation in 2013 of the All Progressives Congress (APC) was informed by a determination not only to dethrone the People’s Democratic Party (PDP) but also to form a government that will surpass what the PDP had done in its 16 years of ruling.

APC set a record in the Nigerian political history as the first to successfully conclude a merger of different parties into one. It also has the enviable record of being the first opposition party in Nigeria to have beaten an a ruling party in a general election.

Now, as the ruling party, APC’s first objective has been achieved. But the second objective which is more important to the people is not guaranteed as those who united to clinch power are now in disarray over who gets what.

Leaders of the then Action Congress of Nigeria (ACN), Congress for Progressive Change (CPC), All Nigerian People’s Party (ANPP) and a faction of All Progressive Grand Alliance had agreed to come together in a mega party that would give the PDP a true fight. Today the battle is fought and won.

But after the “elections” of Senator Bukola Saraki and Hon. Yakubu Dogara as Senate President and Speaker, House of Representatives of the 8th National Assembly respectively, the party is now no longer a coherent one, but fragmented along diametrically opposed interests.

The development has since divided the party’s leaders, giving room for blame game. But in the face of the crisis rocking the party, the question popping up is: Was it really a marriage of convenience that brought the APC leaders together in the first place?

Trouble started immediately after the last general elections when members of the party who were elected into the two chambers of the National Assembly began their permutations over who gets what as principal officers of the parliament. The scheming did not just involve the newly-elected lawmakers. Rather, it was war by other means, engineered by political godfathers from different tendencies that make up the party.

Controlling the levers of power both in the executive and in the legislative arms of government is at the top of the agenda of these godfathers. As time went on, two clear tendencies emerged between the North and the South West.

While the former vice-president, Atiku Abubakar, and other powerful political figures in the North are seen as those leading the battle from the North, former Lagos State governor, Bola Tinubu, is said to be the arrowhead for the South West. The treasure on target, analysts say, is the presidential ticket of APC in 2019.

Each bloc feels controlling the National Assembly and possibly pocketing juicy ministerial positions in the present government are key to getting the ticket. This was the remote cause of the free-for-all that greeted the inauguration of the eighth National Assembly on June 9.

On that fateful day, APC law makers loyal to Mr. Tinubu had gathered at the International Conference Centre (ICC) for a last-minute strategizing ahead of the inauguration later in the day. They had tried unsuccessfully to stop Saraki and Dogara from participating in the contest.

The meeting was supposed to be chaired by President Buhari who was expected back from a foreign trip that morning. What remains unclear, however, is whether those behind the meeting got the approval of the president.

Before then, there was an attempt by the party leadership to get the legislators to toe the party line in a straw election, for selection of principal officers. That took place on June 6. The group loyal to Tinubu, which was fronting Ahmed Lawan as Senate President and Femi Gbajabiamila as House Speaker, had upper hand at the straw election; but their opponents led by Bukola Saraki and Yakubu Dogara staged a walked-out.

On the D-day, the latter group had an upper hand in putting its men in strategic positions, having cut a deal with the opposition PDP. This happened while the Tinubu camp was waiting at the International Conference Centre for a meeting that never held. Also, at the House, even with the participation of APC’s preferred candidates, Dogara was voted as the Speaker.

APC reacted in a number of angry ways. It rejected the outcome of the elections and disowned Saraki and Dogara. It also threatened to impose sanctions on them.

The national leader of the party, Asiwaju Bola Tinubu, who largely supported Lawan and Gbajabimila became sad. His frustration was made worse by Saraki’s visit to former Vice-President Atiku Abubakar, another chieftain of the party, immediately after his election.

For Tinubu’s loyalists, there was a “coup” against their principal’s interest in the APC. To make matters worse, Buhari and Atiku issued separate statements congratulating the new National Assembly leaders and pledged their readiness to work with them.

The heat got to Oyegun, Mohammed

The crisis sprawled to offices of the party’s National Chairman, Oyegun, and the National Publicity Secretary, Alhaji Lai Mohammed, putting the two men on the spot as they struggled to save their jobs.

To many of the leaders, the mock election, which cost the party the Deputy Senate Presidency, was chiefly Oyegun’s sin. He was also accused of not being man enough to resist overtures by powerful forces to conduct the mock election against the wish of the majority.

Mohammed was accused of belittling Buhari and his office by saying that the President is not the leader of the party. The claim was made by his deputy Comrade Timi Frank, who also called for Oyegun’s resignation.

Frank’s words: “If my party could not keep to the promise of change, then we must correct them to keep to that. I have no fear or favour than to say that the current leadership of the party has practically failed.

“With this incident alone, the Chairman should resign from his position after taking a position against the people and the people’s position has finally come to stay. In the Western world, by today, the party’s National Chairman would have resigned honourably.

“Not just the National Chairman but also the entire leadership that took this decision of conducting mock election against the outcry of the larger members of the party. Against the bigger picture of Nigerians, a handful of the party leadership came to take a decision, and, by today, the people have shown that the voice of the people is the voice of God.

Lai Mohammed also reacted. He said, “Just ignore him. I said it in the context that Buhari is the leader of the whole of Nigeria, not just of my party. That is why I said I don’t want to react to Timi Frank. I don’t even want to answer him at all”.

For Hon Chuks Ibegbu, sanctioning Saraki and Atiku is very necessary as both men are not interested in the ‘change’ project but in the 2019 presidential ticket. “Saraki is too corrupt to be Senate President. He and Atiku should be sanctioned if this government is to make a headway.

APC chieftain, Dr Ezekiel Izuogu said, “There is also the struggle for future power, which is not right because we have just won the presidency. Let us relax and give the president time to manage the affairs of the country. In order words, though we are victorious, we should be humble victors.

“We should sit back and allow Mr. President to perform. We should not behave in such a way that performance becomes difficult for him because we are trying to entangle him, from one problem to another. That is not good. I do not like it. It pains me. I wish that this problem can be resolved overnight.”

A legal practitioner, and APC stalwart Obono-Obla said, “I will call it a struggle by different tendencies and factions within the party to control leadership. After all, politics is about who gets what. Politicians see the struggle as a means of outwitting one another and to become relevant in the scheme of things because politics is another form of warfare.”