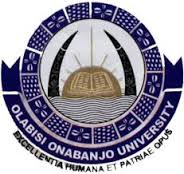 On Monday, students of the Olabisi Onabanjo University, Ago-Iwoye, Ogun State declared a lecture-free day as they mourned the passing away of their colleagues who were involved in a ghastly motor accident. The Students Union Government had declared that a Black Monday in the school.
The students said they had agreed that lecturers and other activities be suspended in all campuses in the state.
They besieged the Sagamu – Ilisan stretch of the Lagos – Ore expressway bringing vehicular activities into abrupt halt.
The students who arrived in four long buses and about three cars had converged to pray at the scene of the incident for the eternal rest of their colleagues but emotions took the better part of them as they cried and cursed the driver that brought the untimely death to their colleagues. They later marched to the premises of the plastic manufacturing company, where the ill-fated truck headed for and destroyed some of the vehicles parked there.
The protesting students carried placards, which read, ‘We say no to broad day movement of long vehicles,’ ‘We demand justice for the lost souls’, and ‘We say no to bad roads’, among others.
The South-West wing of the National Association of Nigerian Students has demanded N10m each compensation for the students who lost their lives in the auto crash. They gave the plastic manufacturing company a seven-day ultimatum to pay the ‘compensation.’
Meanwhile three of the 12 bereaved families have buried their loved ones. The families of the driver of the vehicle and two students identified as Dare Olatunji and Aminat Adebayo, who had gone to the school to fill post-UTME form, but died in the accident on their way, have collected their bodies and buried them.
The only survivor of the incident, Akinbo Ibukun is a 300L Chemistry student of the institution. She was visited by the Secretary to Ogun State Government and Ogun State Deputy Governor.
Chairman of National Association of Nigerian Students, NANS, Ogun State Okikiola Ogunsola, described the incident as tragic. He identified the victims as Odubanku Oluwadamilola, Political Science (200L),Ogunoiki Mariam, History(100L), Aribiola Elizabeth, Bio-Chemistry(100L),Pampam Latifat ,Chemical Science (100L),Ashade Ibukun, Law(200L)
Ayenuro Gbenga, the Vice President (National Affairs) of NANS also commiserated with them.
“We learnt that an unlatched 20-feet container from a moving truck came off when the driver was driving against traffic and in a bid to avoid obstruction, the container fell on the passenger-bus conveying some students along Lagos/Ibadan expressway.
“Words seem inadequate to express our sadness over the incident.
“On behalf of the National Secretariat, I send this to support the Nigerian students in our grieving process with sincere sympathy.
“The loss of a loved one is always an unfathomable tragedy which is compounded when such death occurs at an unripe age.
“May their hearts and souls find peace and comfort” He stated in a statement.
On Friday, 8 students of the institution of learning and another passengers, died in an auto crash along Sagamu-Benin Expressway.
Reports revealed that the crash occurred at Ilishan area of Remo Local Government of the state, as a result of an head-on-collision between a truck and a Mazda bus conveying the students from Ijebu area to Lagos.