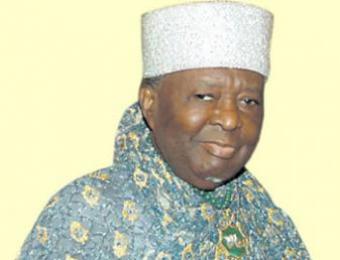 The reported death of the Ooni of Ife, Oba Okunade Sijuwade, took another dimension on Wednesday with the claim by the town’s traditional council that the monarch is alive.

The foremost traditional ruler was said to have died in a United Kingdom hospital Tuesday night.

The Ooni, it was reported, died of an undisclosed ailment at Saint Mary’s Hospital, Paddington, London.

But the Ife Royal Traditional Council said at a press conference on Wednesday that the monarch’s death was “a mere rumour.”

The Lowa of Ifeland, Joseph Ijaodola, who spoke in Yoruba, said the report about the monarch’s death in a London Hospital was “untrue.”

The Secretary, Royal Traditional Council of Ife, the Ladin of Ife,  High Chief Adetoye Odewole, confirmed that the monarch is hale and hearty, saying he  spoke to the chiefs on phone few hours earlier.

“They did it in 1984, also in 2004 and now, these people are coming up with another rumour. Oba Sijuade remains in sound state of health,” Odewole added.

Also, the President of Ife Development Board (IDB), Prof. Muib Opeloye, on Wednesday debunked reports of the death of Oba Sijuwade.

Opeloye, who addressed a crowd that had besieged the Ooni’s palace to confirm the veracity of the reports, said: “Although Baba is advanced in age, he is still hale and hearty in London.

Opeloye enjoined the people of Ife and other well-wishers to go about their normal businesses.

Speaking in the same vein at the press conference, the Lowa Adimula of Ife, High Chief Joseph Ijaodola, said the Ooni was alive, hale and hearty.

Ijaodola claimed that he spoke with the Ooni in London an hour before the press conference.