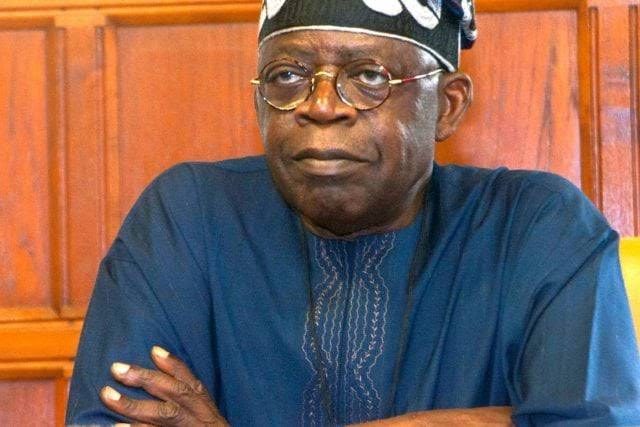 Ohanaeze Ndigbo Youth Council (OYC) has asked former Lagos State governor and National Leader of the All Progressive Congress (APC), Bola Ahmed Tinubu to respond to the allegation raised against him by the Coalition of Northern Groups (CNG) to the effect that he advised President Muhammadu Buhari against appointing someone from the South East to the post of Secretary of the Government of the Federation (SGF)

OYC in a statement by Comrade Obinna Achionye, its Deputy President General and Mazi Okwu Nnabuike Secretary General, said the people of the South East would be mobilized to thwart the former Lagos governor’s presidential ambition if he does not come up with an explanation.

“Ohanaeze Ndigbo Youth Council worldwide appreciate the opportunity thrown open by the coalition of Northern groups and Arewa Youths condemning vehemently the secrets sins of Senator Bola Ahmed Tinubu and secret pact with the current SGF, Boss Mustapha to be his running mate as a Christian from the North ahead of 2023, with him Tinubu as APC presidential candidate, as the only reason for his resistance of any Igbo man to emerge as SGF in 2015 and 2019, because of his Fear that an Igbo as SGF, will stand between him and his ambition in 2023,” the statement said.

“The Igbo will be mobilized in the Southwest to thwart any ambition of Sen Ahmed Tinubu to be President 2023, if he fails to answer the questions posed to him by Coalition of Northern groups and Arewa Youths on his role in unleashing terror on the Peaceful Igbo during the 2015/2019 Presidential elections, through the Oba of threat of drowning Igbo voters inside the lagoon and the secret mobilization of OPC boys to Chase away potential Igbo voters in some quarters in the South West, especially Lagos state.”

“Until Sen Ahmed Tinubu clears himself of the allegations of double standards of fighting to ensure that the Igbos are not part of President Muhammadu Buhari Government by resisting, allegedly, the plea of Northern Elders Forum for Buhari to appoint an Igbo as Secretary to the federal government in the inception of the Buhari’s regime and provocative onslaught against the Igbos through demolition of markets where Igbo dominated strongholds immediately 2015 elections especially where Igbos won Some Federal and State Legislative seats, Igbos could read the handwriting on the wall, that Tinubu’s quest for Power is what led him to champion secretly the scheming out Igbos out of President Muhammadu Buhari Government

“As the Northerners are now wiser than before 2015 where they blindly enter into political alliance with South West that solely benefitted Tinubu political dynasty,as Northerners clearly seen that Tinubu’s Presidency will divide Nigeria along Ethnic and Religious lines, As the political pact and alliance between the North and South West led by Tinubu’s crumbles, the Road is cleared for the re alignment of the North and Eastern Region becomes more feasible, and clearly seen that A Nigerian President of Igbo stock with Northern Vice President in 2023 is assured, Ohanaeze Ndigbo Youth Council worldwide Urge Igbos to embrace the North as our traditional partners as a Sitting South East Governor will Succeed President Muhammadu Buhari in 2023.”