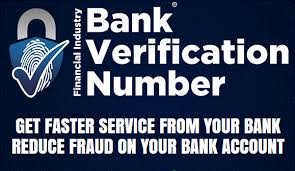 Many bank customers, who have not enrolled for the Bank Verification Number (BVN), were apprehensive of what could be the face of their savings if they were unable to fulfill this requirement before the June 30, 2015 deadline set by the Central Bank of Nigeria. And to heighten their fears, the banks told their customers that they won’t be carrying out any transaction after the expiration of the deadline and there would not be extension of the deadline.

So, days to the deadline, a lot of these customers thronged to their banks, some of them being there as early as 6.00am in the bid to enroll for the BVN. On June 30, which was supposed to be the last day of the exercise, bank premises were not in any way different from a market.

However, respite came to a lot of Nigerians who have not enrolled for the BVN, when news filtered in that the apex bank has extended the exercise by four months. The curtain will now be drawn on the BVN registration on October 31, 2015 instead of the June 30, 2015 deadline set by the CBN.

With the extension, of the crowds at bank premises have started thinning, with a lot of customers saying ‘at least we have more four months to enroll now.’ Another ample opportunity to begin the rat-race of procrastination has been given.

The question agitating my mind is: Why do Nigerians like procrastinating to the last before they do the needful. The BVN is an exercise which commenced since February 2014 and the June 30, 2015 deadline had been set even before the commencement of the exercise.

When the exercise kicked off, staffs were more or less begging customers to enroll. I remembered the day I registered for the BVN at Keystone Bank at Allen Avenue, in 2014, the lady in charge of the BVN registration at that branch had

to sweet-talk to do that day. I had no initial intention of enrolling that day. But thank goodness, I heeded her advice; I would have been among those saying their morning devotions at bank premises, because they have to be there early to be able to beat the deadline.

This attitude of procrastination has become endemic among Nigerians. When we engaged in sim and voters’ registration, the experience was not different. People waited till the last minute before they floored the registration centres in the bid to beat deadline. This is an attitude we must change as a people.

The earlier we do what is required of us, the better for us. This last minute rush does not do us any good. It only puts us under unnecessary pressure. Time we are

With the CBN extension of the BVN registration deadline by four months to enable more people enroll and avoid being restricted to having to visit banking halls before they can carry out transactions, Nigerians who have not registered must grab this opportunity and do so on time. Let’s not think that October 31 is still far. Before we say Jack Robinson, that day is here again. We have another opportunity to save ourselves from the undue pressure that goes with last minute rush. Within the time available to us, let’s take time out to enroll for the BVN on time and make the October 31 insignificant.

This extension should also give banks and the regulator the chance to create enough awareness. This is because a lot of banks customers claimed they were not aware of the exercise.  This is the time to make a lot of noise about the BVN. The banks should make people know the essence of the BVN, which is to capture their data in order to make their accounts more secured.

This is because when people do not know the usefulness of a thing, they do not attach importance to it. The messages urging bank customers to enroll for BVN at this time inundate the media, especially the broadcast and new media. As we begin the countdown to October 31, those who have not registered for the BVN should use this opportunity to prove that Nigerians can defeat the spirit of procrastination and do things at the right time.