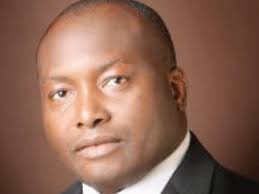 Contrary to the belief of many Nigerians, the Managing Director, Capital Oil, Dr. Ifeanyi Ubah has claimed that oil marketers in the country are not enjoying oil subsidy.

He stated in an interview monitored on African Independent Television (AIT) at the weekend that the subsidy government was paying for the importation of refined petroleum products, especially PMS, but not in the interest of oil marketers.

The oil tycoon, therefore, stressed the need for the Federal Government to fully deregulate PMS, saying this would enable competition in the country’s petroleum downstream sector.

“Deregulation is very good. It will enable a lot of investment in the oil industry that will bring about development,” he opined.

Dr. Ubah expressed optimism that a complete deregulation of the downstream sector of the petroleum industry, would spur investors to build refineries in the country, which in turn would help bring down the prices of petroleum products.

He disclosed that Capital Oil had already acquired a vast piece of land for the purpose of building a refinery, but the project was being delayed by government policies.

He noted that he was disappointed that Nigeria was still importing refined petroleum products despite being the Africa’s largest crude oil producer.

According to him, “We hope that we’ll have government that would be consistent with its policies.

If we have a government that is not consistent with its policies, the banks will not give you money to invest in refinery.”

The business mogul denied the claim by the Federal Government that it pays demurrage to petroleum products importers, saying that they are still being paid at the rate of N120/$1 with exchange rate presently at N199/$1.

To him, it is unfair for the government to use the same policy to guide everybody in the country, noting that people in different parts of Nigeria operate under diverse conditions.

“It is not working. That is why the process is not transparent. Because government agencies cannot confirm affirmatively that they use the same parameter to checkmate everybody. For instance, the man in the creek can easily do anything and get away with it because government officials cannot easily access him,” the Capital Oil boss argued.

He claimed that another challenge bedevilling the country’s downstream sector was that people with bigger facilities were being given the same allocation with those with small ones.

Dr. Ubah explained, “We have a facility that can load 32 trucks at a time within 20 minutes and we have the capacity to load 960 trucks daily.”

He was worried by the President Muhammadu Buhari’s proposed policy, which seeks to empower the Nigerian National Petroleum Corporation (NNPC) to send crude oil allocated for local consumption abroad for refining and sold to oil marketers in the country, rather than allowing them import refined petroleum products.

Meanwhile, he called on the present administration to fish out those behind the strike embarked on by Major Oil Marketers Association of Nigeria (MOMAN), which almost brought the nation’s economy to its knees, and make them render explanations to Nigerians.