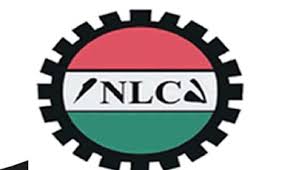 Nigeria has been reeling under severe fuel scarcity for most of the year due to dwindling finances of government and its inability to promptly fund the over N500 billion fuel subsidy scheme. Previously, government has had to operate a credit scheme with the major oil marketers who imported oil on behalf of government and were reimbursed after verification of the import to avoid the subsidy scams that pervaded the scheme in 2012. This usually took a period of two to three months to complete.

However, with the election approaching and the expected victory of the opposition APC candidate in the presidential poll, the marketers became restive and began to demand payment of accumulated debts. This was exacerbated when Gen. Buhari eventually won the election as the marketers fearing a possible policy change insisted on payment before further importation. All these agitations had instant effect – long queues at the fuel stations across the country.

Government was forced to pay marketers N150 billion made up of statutory debt of N40 billion, N70 billion foreign exchange rate differentials arising from the partial devaluation of the naira in November 2014 and N40 billion interests on loans to banks.  Before relief could come marketers were back to the trenches demanding the payment of a further N200 billion as condition for importation, thus creating the present impasse.

With a new government about to take over on May 29, 2015, elected on the mandate of change, there has been a groundswell of opinion among Nigerians that this is a most auspicious opportunity to comprehensively resolve the problem of fuel supply by deregulating the system through the removal of the subsidy.

It is therefore with alarm and consternation that this newspaper views the opposition of the Nigeria Labour Congress, NLC, to deregulation and consequent removal of subsidy. Their logic is as antiquated and inconceivable as it is selfish and unreasonable. Would the congress prefer that the nation continues to groan under this debilitating situation with its attendant cost on economic activities and the quality of life of Nigerians?

Hallmark newspaper firmly and unequivocally disagrees with the opposition of the congress because they do not and have never provided practical alternative to the current upheaval in the system and the suffering of the people. It was this same sentiment by the NLC and other CSOs that aborted the planned deregulation by the out-going regime in January 2012.

We cannot expect change by doing more of the same old thing. It may hurt the people initially, but at the end of the day, it will work against the cabals who have hijacked the system for narrow interests and now hold the nation to ransom. There is need to free the nation from the stronghold of the cabals. It is true that fuel should sell at some reasonable price but economic management had been visionless, corrupt and irresponsible.

Government cannot afford to build new refineries in the midst of contending acute infrastructure deficit like power and mass transportation, when investors like Dangote have expressed interest. But they cannot come without deregulation, because as businesses they must operate commercially. There is no road where the NLC is leading the nation. The masses on whose interest the NLC purports to champion are actually the worse off in this issue.

Most Nigerians live in the rural areas and depend less on fuel consumption. Indeed, kerosene, which is the most important to the masses, has long been deregulated. Fuel subsidy is an urban and elite preoccupation and NLC should not be seen to be fighting for the few. NLC should limit itself to the interest of workers by demanding for wage rise and not interfere with public policy. It is a carry-over from the colonial and military government which lacked legitimacy. We have elected a government and we should allow them to govern.

However, government must come clean on transparency because there are huge complications in the system, which leave much to be desired. It demands commitment in terms of improving the process and management regimes. We have continuously created monopolies and cabals in the industry. Taking away subsidy demands that there should be palliative measures to cushion its immediate impact. This is where we think the NLC should engage rather pursuing a confrontational agenda.

Once we remove monopolies like in diesel and kerosene, which have not responded to the changes in international prices due to monopolistic control, demand and supply will stabilize price.