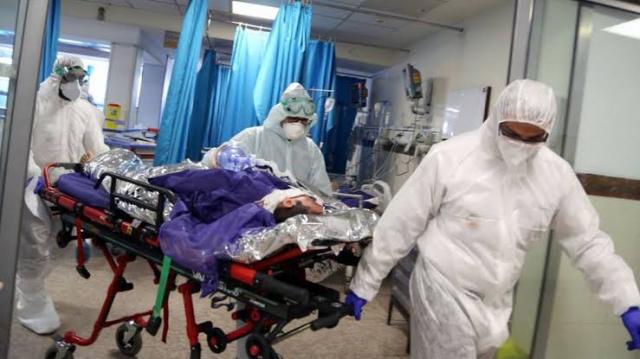 The Nigeria Centre for Disease Control (NCDC) on Wednesday disclosed that the country suffered five more deaths from Covid-19 pandemic, bringing the total fatality rate to 2,578.

This is even as 559 new infections were confirmed across 14 states of the federation and the Federal Capital Territory (FCT).

The NCDC data also indicates that the new cases increased Nigeria’s number of active cases to 9,089 from 8,755 reported 24 hours earlier.

Lagos State, the epicenter of the pandemic recorded the highest infections in Nigeria with 232 cases out of 597 infections. This is followed by Rivers and Enugu States with 83 and 66 cases respectively.

Oyo State recorded 28 infections to rank fourth on the chart while Kaduna ranked 5th with 25 cases. The FCT and Delta State registered 24 and 22 cases respectively.

Meanwhile, both Bayelsa and Cross River states recorded nine cases each while Ogun reported six; Kano, three and Gombe State recorded two cases as the state with the lowest figure