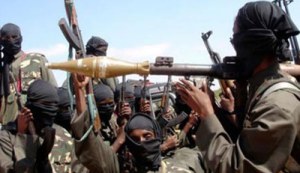 Piqued by the audacity of the Boko Haram militant group that has killed thousands of people since 2009 vis-à-vis,the Nigerian military’s failure to defeat the terrorists, President MuhammaduBuhari during his campaigns promised their routing. The president even admitted in an opinion article published in the April 15, 2015 edition of The New York Times that it was based on his promise to defeat Boko Haram that he was essentially elected in the March 28 presidential election. To deliver on his promise on his assumption of office, the president ordered the relocation of the military command centre to Maiduguri, Borno State, to add stimulus and renewed vigour to the fight against terrorism by centralising operations close to the theatre of war. This was to cut through layers of bureaucracy and speed up decision-making.

Equally, the move was to be followed by reinvigorating talks over the Multi–National Joint Task Force (MNJTF) with Chad, Niger and Cameroon, Nigeria’s neighbours. He now capped it with the sack and replacement of the service chiefs.

If any thing else, the replacement of the service chiefs unquestionably will bring in fresh ideas, strategies and vigour to end the lingering onslaught on the nation. Their appointment by the president, at this critical time of the country’s history, speaks volume of their proficiency, dependability, astuteness and managerial know-how.

Ideally then, it will not be out of place to remind the service chiefs of what is expected of them, especially since they are already aware of some of the closet details about the Boko Haram onslaught and its prosecution by their predecessors. But then again, before the elections the terrorists appeared to be on the ropes, as they were pushed back from many of the territories they had captured. Lately however, the Islamist militants have struck back from their strongholds, killing, as it were, more than 700 people in series of attacks not just in the North East, but in the North Central, North West and across the country’s borders. These attacks show the militants have seemingly reorganised, that their leadership is still intact, that they have rejigged their campaigns and this war is now much different in some respects from what we thought we knew.

In the light of this, the service chiefs should view their appointment, not just as another traditional hierarchical movement, but a call to battle as it were. The service chiefs must think outside the box, knowing full well that this fight is not conventional.

Counter-insurgency is something that requires a new set of skills,mindset, tactics and equipment. They must bring to the table something different from what their predecessors showcased. To this end, more collaboration among themselves and the armies of neighbouring countries’ should be the new normal since the terrorism we face now is international in nature, and defeating it will require international collaboration— beginning with our closest neighbours; Chad, Niger and Cameroon. It is regrettable that of late, mistrust between Nigeria and its neighbours as well as disagreements over how to deploy troops against Boko Haram had stalled efforts to set up a regional force to combat the Islamists. We should not be in competition over who defeats Boko Haram; the longer they stay on the more they put their roots down, and the more difficult it will be to root them out.

The service chiefs in the first place should accept the responsibility to defeat Boko Haram and “disrupt and disable” its networks in the country. And also inculcate the basic aspects of modern psychological operations in soldiers as another weapon to bring the terrorists to their knees. It is regrettable that the immediate past chief of army staff revealed that some army personnel abandoned the force due to the fear of the terrorist group, even at the battlefield. It is worthy that the service chiefs learn from the mistakes of their predecessors. They should be careful of their utterances and should not make victory promises they cannot keep. It is pertinent that even if they have information that is sensitive, they should not be in a hurry to share it to impress Nigerians. What Nigerians are interested in is not their strategy or how they go about prosecuting the terror war but the success recorded at last. This newspaper advises them to be the military they are, talk less, do more action, and let Nigerians see their success.

It is also exigent that they educate their soldiers on the aim of Boko Haram. The attacks are not sectarian as some may believe, it is indiscriminate slaughter. They should impress it on the fighting soldiers, some of whom may have sympathy for terrorists’ effort since it has a veiled link to religion. They should harness the full capacity of Nigeria’s military, including gathering and processing adequate and valuable intelligence about the insurgents, which also has a whole gamut of other methods embedded in it. More essentially, the complaints of soldiers over insufficient ammunition, welfare and other sundry issues should be treated with the urgency they require than ignoring or downplaying them. The alleged shooting of a commander by disgruntled soldiers is a pointer to this effect. Though the soldiers have elected to defend their country, even with their lives, their action or inaction to a large extent is central to the country’s strategy of defeating Boko Haram.

The military chiefs should also treat the allegation of human rights abuses by soldiers in their campaign against the Islamist militants with the urgency it requires. Amnesty International accused Nigeria’s security forces of extra-judicial killings, detaining without trial or charge and forced disappearance of hundreds of people accused of links to the Boko Haram sect. Human rights abuse any where is a serious issue. They must develop adequate rapport with the locals because it will help them strategically, and much better than when their actions alienate them. The war against Boko Haram promises to be a long drawn one, but the service chiefs should tune their minds that if they work in consonance “it is a war we can, we must, and will win”.