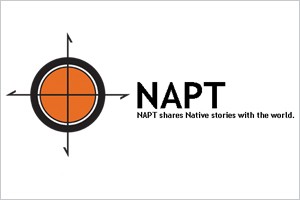 National Agency for the Prohibition of Trafficking in Persons and Other Related Matters Lagos Zonal Command, said it has secured three major convictions against offenders this year,

This was made known on Wednesday 29 April, 2015 by Joseph Famakin, Zonal Commander, while speaking with the press, on the activities of the command in Lagos.

Famakin said that “the agency secured victory in one of the cases involving a 67-year-old male hotel owner in Abeokuta, Ogun, and his two female accomplices who used underage girls for prostitution.”

He revealed the mentioned accused was subsequently sentenced to imprisonment by Justice Giwa Ogunbanjo, while his accomplices, two sisters, were sentenced to seven years jail term.

The Commander who described the other two cases as “landmark achievements” that were supposed to deter people from engaging in the illicit trade in human beings, further said “that currently the command had 52 cases pending in the courts in the zone, adding that due process was being followed by the courts in disposing of them.”

He added that from January to date, the command had rescued 159 persons, including adults and children as he reassured that “the agency’s commitment is to curb the menace of trafficking in persons, and that with its new Anti-Trafficking Act, perpetrators of such acts are in for trouble.”

He said it would be recalled that with the re-enactment and the assent by the incumbent President, Goodluck Jonathan, the Trafficking in Persons (Prohibition), Law Enforcement and Administration Act 2003 (as amended in 2005) had been repealed.

“the new Act is referred to as Trafficking in Persons (Prohibition) Enforcement and Administration Act, 2015, which was assented to by President Goodluck Jonathan on March 26, 2015,” Famakin said.

He added that the new law, which had changed the designation of the agency’s head from Executive Secretary to Director-General, had given it the power to “bark and bite”.

“It has not only created more stringent punishment for offenders, but has prohibited the employment of a child below the age of 12 years as a domestic help. It has also prohibited the exploitation of a child under 18 years who is employed as a domestic help and prescribed punishment for aggravated circumstances like defilement of a child. The new law criminalises the removal of organs in line with the Palermo Protocol which has been ratified by Nigeria,” said the commander.

Metroscope gathered that that prior to the new law, the agency did not criminalise the removal of organs because it felt it was not a common phenomenon in the country.

However the spokesman said “But the times have shown that some of the organs removed were being used for other things than saving lives.”

It is discovered that the law also restructured the governing board of the agency to include relevant government agencies such as Federal Ministries of Justice, Women Affairs and Foreign Affairs, while others are the Nigeria Police Force, Nigeria Immigration Service and National Intelligence Agency.

He therefore cautioned that “the agency would not compromise in executing its mandate in line with the dictates of its new law and warned all who had been using children under 12 years as domestic help to desist.”