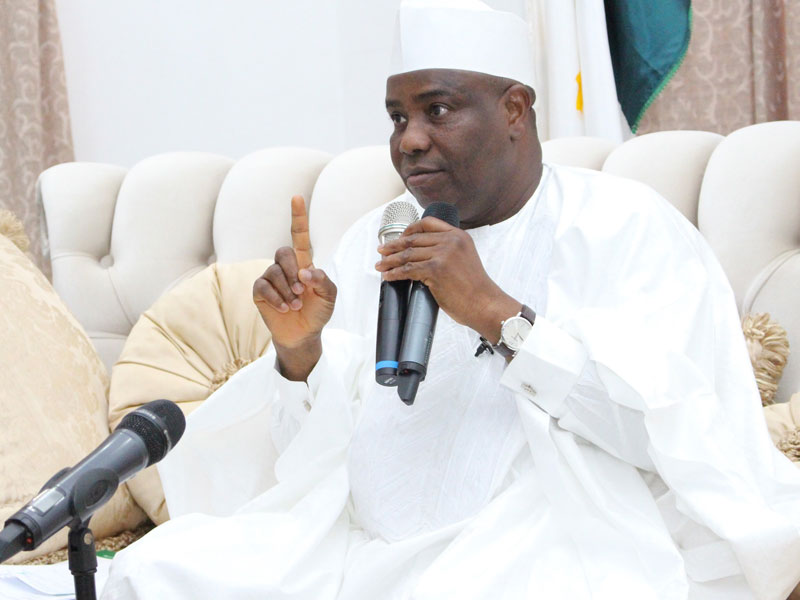 Sokoto State governor, Aminu Waziri Tambuwal, has challenged the All Progressive Congress (APC) to name the Governor behind banditry in the Northwestern region of Nigeria.

Tambuwal’s challenge is in response to a statement signed by APC’s acting National Publicity Secretary, Mr Yekini Nabena, urging security agencies to investigate an intelligence report linking an unnamed governor to the increasing wave of banditry, abductions and other violent crimes in the Northwest.

Tambuwal said that no governor anywhere in the country assumed office without swearing to an oath, as prescribed by the Constitution, to protect the lives and property of the citizenry in his area of jurisdiction.

“To allude and allege that a governor is consciously undermining the oath of office he took is a skewed logic intended to upturn the rule of law and the jurisdictional dictates of equity and good conscience,” he said.

Tambuwal, who is currently on self-isolation, noted that; “the onus of proof of his allegation rests on Mr Nabena.”

“He should name the governor he is alluding to as the sponsor of banditry and sundry crimes in the North-West and provide evidence that he [the governor] is involved in all of that which he alleged.

“Otherwise, the security agencies in the country should invite Mr Nabena to provide evidence of his allegation, assist them in investigating the matter and make sure that justice is done,” Tambuwal maintained.

He advised all well-meaning Nigerians and political stakeholders to consider human lives first instead of playing to the gallery.

According to him, the framers of the Constitution knew why they bestowed much powers, although significantly flawed, in the President to checkmate issues such as those raised by Mr Nabena.

“Playing blame games is not a panacea to the security problem at hand.

“None of us should play politics with security matters.

“We should also not play politics with the lives of those we swore to protect.

“Instead, all hands must be on deck to ensure the collective security of the North and the country in general,” he noted.