“My thoughts and prayers are with Chief of Staff, Abba Kyari,” Abubakar tweeted on Tuesday.

This is coming less than 24 hours after the former vice president also took to his tweeter handle to confirm that his son had tested positive to the dreaded virus and solicited the prayers of Nigerians.

According to the reports, Kyari was tested on Saturday based on medical advice, although he was not exhibiting any symptoms.

However, the result came back on Monday positive and he has since gone into isolation even though the symptoms are yet to manifest.

The sources also said Buhari was also advised to run a test but he was negative.

The confirmed cases of #COVID19 in Nigeria have risen to 40 out of which two have been discharged and one death recorded.

The virus has infected over 361, 510 persons worldwide, killing, at least, 16, 146 according to an AFP tally on Monday evening.

Italy, which recorded its first coronavirus death in February, now has more fatalities than China with 6,077, as well as having 63,927 declared infections with 7,432 recoveries.

Nigerian Government Monday advised residents of Abuja and Lagos, the two cities which are hardest hit by coronavirus, to stay at home “until further advice is given.”

All international airports in the country have stopped welcoming international flights and suspended its visa-on-arrival programme. 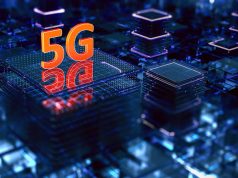 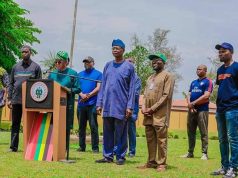