Appointed to replace Babatunde Fowler who took office in August 2015 by President Muhammadu Buhari on December 9, 2019, Nami, determined to raise the revenue profile of a government struggling with debt in the face of falling oil price, set a 2020 revenue target of N8.5 trillion.

Created in 1948 with functions initially performed by the Inland Revenue Department of British West Africa, and Board of Inland Revenue subsequently created in 1958, the FIRS has come a long way. But at no point has the service, which gained autonomy with the passing of the FIRS (Establishment) Act 13 of 2007, been more critical to the survival of Nigeria than now that crude oil price has practically collapsed. And the Niger State born Nami is one destiny has chosen to make the difference.

Soon after his appointment, Nami would face seemingly insurmountable obstacle: Coronavirus. Now a global pandemic, the virus which broke out in Wuhan, China in late December 2019, has spread like wild fire, shutting down economies as citizens of various countries are compelled to stay indoors in frantic efforts to contain a disease that has since infected over 4 million people, with 300,000 dead and counting. 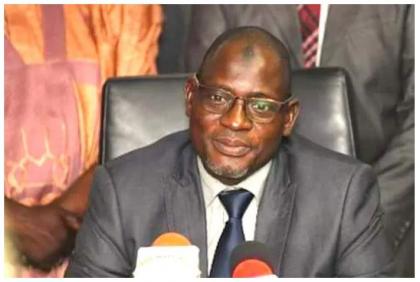 Nigeria has not been an exception. The virus which eventually sneaked into the country in February, brought in by an Italian national, has since afflicted nearly 4000 people, with over 107 dead and 601 recovered, helped by other individuals coming in from various European and American countries. The spread has since prompted shut downs in various states of the federation, especially the economic epicenter, which also happens to be the hotbed of the virus infection, Lagos, as well as Abuja, Ogun and so on, while interstate movements are banned.

For a tax man, it’s a nightmare scenario. Companies are shutting down, economy is in tail spin, oil price in free fall, job losses on the rise… But even with the stacked odds, the FIRS under its new helmsman was able to grow tax collection by 15 percent in the first quarter of 2020 compared to the same period of 2019, in what was a record attained through widespread policy reforms and institutional re-organisation initiated by him.

Further breakdown of the performance showed an increase in collection trends from 9 percent for Petroleum Profit Tax (PPT) to Capital Gains Tax (CGT) of 568 percent despite the crash in oil prices in the global market and the grounding of economic activities by the COVID-19 pandemic.

The passage of the Finance Act 2019 led to a drop-in Withholding Tax (WHT) rate from 5 percent to 2.5 percent in some sectors. The Act also abolished Pre-Operational Levy, resulting in a 5 percent contribution from POL in Q1, 2020 collection, a fall from 7 percent of Q1, 2019.

“Without a doubt, this commendable performance is a direct result of the blockage of leakages and other wide-ranging reforms launched by the Executive Chairman, Mr. Muhammad Nami, towards repositioning the Service for efficient service delivery,” said Abdullahi Ismaila Ahmad, Director, Communications and Liaison Department of the Service.

Nami’s wide ranging reforms, including instituting a regime of policy changes anchored on deployment of Information Communication Technology (ICT) aimed at blocking tax leaks had yielded results have begun to yield results. This is in addition to various measures taken to encourage members of staff to positively change their attitude to work.

Other measures have also included restoration of functions which were previously outsourced to Consultants, introduction of Authority to Incur Expenditure (A.I.E) and the commencement of implementation of a new organisational structure, which opened up the opportunity for eligible staff to be promoted, leading to round pegs being put in round holes for efficient service delivery.

Earlier in the year, Nami carried out massive shake up in the agency that saw not less than 50 directors, deputy directors, assistant directors and over 100 other staff of the agency redeployed in a move aimed at restoring order and putting everyone in their rightful positions.

“Sanity has now been restored. The staff are happy because there is now justice in the service,” a top management staff of the agency who craved anonymity told Hallmark.

“The new chairman has made commendable effort. There is now harmonious atmosphere, unlike what existed before. But you know that every unfair situation favours some people. Those who used to benefit from the system are now targeting him using the media.”

Indeed, before now, under Nami’s predecessor Fowler, insider sources say, bitter acrimony reigned supreme at the service. Many directors and top management staff were said to have been victimized and others favoured in what appeared to be an ethnic politics, while key functions ideally performed by staff, were outsourced to cronies, a situation that apparently affected performance.

The late Chief of Staff to President Buhari, Mallam Abba Kyari had in a memo to Mr. Fowler in August last year, argued that there were “significant variances between the budgeted collections and actual collections for the period 2015 to 2018.”

The late Kyari had specifically noted in the said memo that, “the actual collections for the period 2015 to 2017 were significantly worse than what was collected between 2012 and 2014.”

Conceding, regardless, that there was variance in the budgeted and actual revenue collection performance of the Service for the period 2016 to 2018, Fowler had attributed to the development to low inflow of oil revenues for the period especially Petroleum Profit Tax (PPT) due to fall in price of crude oil and reduction of crude oil production, and economic recession which the country entered into in the second quarter of 2016, which according to him, slowed down general economic activities.

The 2020 revenue target of N8.5 trillion set by Nami would thus be a significant leap. And even as the economic fundamentals are now worse off, he appears to be on track with the Q1 collection figures.

Analysts agree the new tax man has started on positive note and his future looks promising. But with the reality of Covid-19 stark, many are quick to point out that even as his best, things would be difficult going forward in terms of revenue collection.

“He has started well. But before we begin to conclude, I think we should give him two to three quarters to see what he can do. It’s not really about the drive for revenues, but the type of reforms they will introduce and see through, especially this period,” noted Dr. Vincent Nwani, economic consultant and analyst.

“Now we have a big challenge where tax base is being eroded. People are being laid off from work. Purchasing power is low. So, VAT will be low. Companies are shutting down, making losses and so on. So, when all of these COVID-19 crises that started in March in Nigeria crystallise, you are going to see the effect in the tax revenue for third quarter 2020.”

In the meantime, to help the FIRS boss had a few days ago, rolled out palliative measures to cushion effects of the ravaging pandemic on Taxpayers

“Throughout the days and months ahead, we want to reassure you that supporting Nigeria’s diverse and dynamic businesses through this uncertain time is our topmost priority. The response to the current situation is evolving rapidly, with advice and guidance changing daily. In the meantime, FIRS has setup a number of measures to provide support to TaxPayers in managing their tax obligations as they are impacted by the coronavirus outbreak,” Nami had said in a statement after a virtual meeting of the agency’s management on March 31.

The measures, according to him, “are: Taxpayers can now take advantage of our simple, user friendly and robust eFiling process to submit their documents online instead of visiting the tax offices. Our dedicated email addresses for each of the offices are available on our website: www.firs.gov.ng; Late Returns Penalty (LRP) has been waived for taxpayers who pay early and file later. Supporting documents can also be emailed to the dedicated email addresses or submitted later to the tax offices by those who are not able to use the email facility; Remittance of VAT on or before 21st of every month has been extended to the last day of the month.”

Others are: “Taxpayers facing challenges in sourcing for FOREX to offset their liabilities are hereby given the option of paying in Naira at the prevailing Investors & Exporters (I & E) FOREX window rate on the day of payment; The period to file PIT returns for Foreign Affairs, Non Residents, Military and Police has been extended to the 30th June, 2020; Field Audit, Investigations and Monitoring visits have been suspended till further notice.”

He later attended Bayero University Kano and Ahmadu Bello University, Zaria where he obtained a Bachelor’s Degree in Sociology (1991) and a Masters of Business degree (2004) respectively. He is a fellow of the Chartered Institute of Taxation of Nigeria, Institute of Debt Recovery Practitioners of Nigeria and Associate Member of Nigerian Institute of Management (Chartered) and Association of National Accountants of Nigeria.
Nami started his career with PFK in 1993 and rose to the position of a senior consultant in charge of tax management and advisory services. He is currently the managing consultant of Manam Professional Services (Chartered Tax Practitioners and Business Advisers) based in Kaduna, Abuja, Niger State.
He has served and is still serving, on many companies’ Board and Statutory Board Audit Committees. He was appointed as a member, Presidential Committee on Audit of Recovered Stolen Assets in November, 2017 by President Buhari.