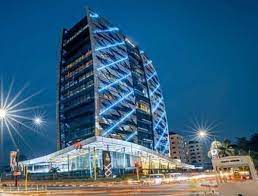 After three years of successful operation and hosting at Microsoft’s Lagos hub, Microsoft has announced that its African Development Centre (ADC) has opened its own offices.

The ADC will now be based in its new ultra-modern state-of-the-art facility at the Kings Towers on Glover Road, Ikoyi – housing the product engineering, ecosystem development and innovation teams.

The new ADC facility will also house the Microsoft Garage, a new entity launched as part of ongoing efforts to scale innovation in the tech ecosystem.

The facility was officially launched by the Minister of Communications and Digital Economy, Prof. Isa Ali Pantami, accompanied by the Director-General of the National Information Technology Development Agency (NITDA), Inuwa Kashifu Abdullahi and H.E the Governor of Lagos State, Babajide Sanwo-Olu, represented by the Commissioner of Science and Technology, Hakeem Fahm, among other key guests.

Speaking at the facility opening, the Minister of Communications and Digital Economy, lauded the development, noting that it strengthens the country’s position as a leading regional digital innovation hub, putting Nigeria on the path to having the biggest digital economy in Africa.

On his part, Gov Sanwo-Olu said: “I join several Nigerians and Lagosians today in applauding Microsoft’s commitment to developing the tech in our state and country through this state-of-the-art 7-floor facility, which will improve employment and also contribute significantly to the training and rise of many tech giants in Nigeria.”

Also speaking, the ADC West Africa Managing Director, Gafar Lawal said: “The facility will continue our efforts towards training, equipping and hiring engineering talent in Nigeria and West Africa as whole to contribute to the development of Microsoft products that are in use by over 1 billion devices and empowering millions of users and organizations across the world to do more,”

Speaking about ADC’s focus for the future, Corporate Vice President of the Identity and Network Access engineering team at Microsoft, and executive sponsor of the Africa Development Center, Joy Chik, said: “Based on the great feedback we have received from engineering leads working with teams in Nigeria, we are definitely going to hire more engineering talent. We will continue to focus on student and community engagements, as well as investments in Microsoft programs, that will help us build a diverse team of talented men and women.”

In May 2019, Microsoft announced the establishment of the Africa Development Center (ADC) in Nigeria and Kenya, with the mission of creating innovative technology not just for Africa, but for the entire world. Afterwards, there was a call for talented engineers to work on Artificial Intelligence, Machine Learning, and Mixed Reality, with the company committing to investing 100 million US dollars in the first five years of operation.

The new facility also houses the Microsoft Garage. The Garage is structured as a freeform workspace where Microsoft employees, interns, schools, and community groups can find the tools and training they need to launch products and learn skills. The Garage is meant to spread the values of openness and collaboration throughout the Microsoft ADC, where people come to The Garage to work with interdisciplinary teams on passion projects that sometimes make their way into Microsoft products – this should ultimately allow Microsoft ADC to become a more prominent shaper of Africa’s tech culture.