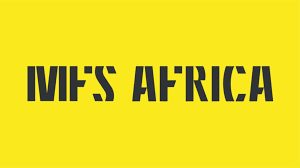 The list is published annually to recognise and celebrate companies that have championed innovation in global payments and are positioned to lead the next era of payments excellence. The final list is based on FXC Intelligence tracking the activity of more than 15,000 competitors in the cross-border payments sector.

Dare Okoudjou, Founder and CEO of MFS Africa, said, “To be named one of the Top 100 Cross-Border Payments Companies by FXC Intelligence is truly gratifying for us and reflects the hard work and dedication of our entire team.

“We are proudly pan-African and the accolade reflects our mission of making borders matter less, not only across the continent, but globally. This has been a momentous time for MFS Africa and we are determined to build on our success in the years ahead.”

As one of Africa’s biggest digital payments gateways and a reach of over 600 cross-border payment corridors, it earns its place in the Cross-Border Payments 100.”

The announcement marks another important milestone for MFS Africa after significant developments during the past two years.

In October 2021 the South African company announced it had signed an agreement to acquire Baxi, one of Nigeria’s leading super-agent networks – a deal that will be the second highest value fintech acquisition in Nigeria to date.

Then in November 2021, MFS Africa was proud to announce it had raised US$100 million in Series C funding for massive expansion across Africa following a series of acquisitions and investments in other African fintechs.

Positive developments have continued into 2022 with the company announcing it had also joined the Pan-African Payment and Settlement System (PAPSS), Africa’s new cross-border and financial markets infrastructure to facilitate the payment, clearance and settlement of Intra-African trade payments. By joining, MFS Africa extended the reach of the PAPSS network to over 320 million mobile money and last mile users across 35 African markets.