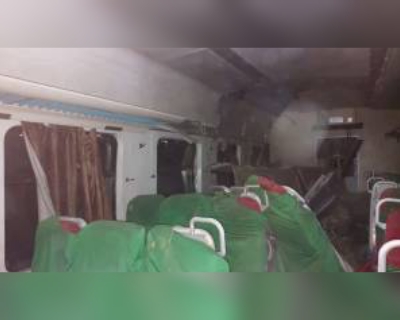 Former Kaduna Central senator, Shehu Sani, has said a civil servant who survived Monday night’s attack by terrorists on Kaduna bound train narrated to him how the gunmen targeted business class coach of the train and kidnapped several people.

According to him, those who resisted kidnap were shot by the terrorists.

“I just spoke with a survivor who is a civil servant working with a public Library,She narrated that the terrorists specifically targeted the Business Class coach.They kidnapped some persons including a “white man” & killed those who resisted while she pretended to be dead,” Sani said via his twitter handle, @ShehuSani.

This is even as authorities continue to grapple with the actual number of people killed, wounded or missing in the attack.

As at the last count, about 10 people have been reported killed, including a young medical doctor, Chinelo Megafu, who works at St. Gerald’s Hospital in Kaduna.

The late doctor’s acquaintance, Steph Adamu, had disclosed in a tweet that she had secured papers to travel abroad to continue her medical practice.

“Dr Chinelo was making an honest living, she was working at St Gerald’s hospital in Kaduna, she wanted more for herself and processed her papers to leave this hell-hole. She resigned last month to leave the country this Friday then this happened. Nigeria why???” Adamu tweeted.

Chinelo had taken to her Twitter handle, @nelo_x on Monday night to report that she had been shot by the terrorists while asking for prayers.

“I’m in the train . I have been shot please pray for me,” she had tweeted.

Among those injured in the attack are Ibrahim Wakkala, a former deputy governor of Zamfara State.

Yusuf Idris, an aide of the former deputy governor, said Wakkala was returning from the APC national convention that was held on Saturday.

Idris said Wakkala was initially abducted by the gunmen but was rescued by the military and the Department of State Services (DSS).

He said it was during the rescue operation that Wakkala sustained a gunshot wound.

“He was initially abducted but was rescued by the DSS and military, it was during the process he sustained gunshot injury in the leg,” he said.

“He is very okay now, he is receiving treatment at the hospital in Kaduna state.”

Meanwhile, the managing-director of the Nigeria Railway Corporation (NRC), Engineer Fidet Okhiria, said information from the scene of the attack at the moment indicated that seven people died from the attack on Monday night.

According to the NRC MD, “What we have been told for now is that seven people are dead. I am, however, at the Airport in Lagos right now. I have to get there to monitor developments myself.”

The NRC had earlier in the day announced suspension of the Abuja-Kaduna passenger train services over the Monday night attack by terrorists.

According to a statement by Onyema Nwachukwu, army spokesman, Yahaya said the attack shows the need for a review of the country’s rail security architecture.

“The COAS, who was accompanied by some principal staff officers of the Army Headquarters and the General Officer Commanding 1 Division, on arrival at scene, assessed the security situation around the general area of the attack and inspected the attacked train, as well as the rail track to evaluate the degree of damage,” the statement reads.

“He ordered the troops of the NA and other security agencies to intensify their search and rescue operations to ensure that the kidnapped victims are rescued unconditionally.

“The COAS has also assured Nigerians that the troops will be undeterred and vehement in the fight against banditry and other forms of criminality.

“He urged members of the surrounding communities and all Nigerians to continue to avail troops with credible information to enhance their operations across the country.

“Gen Yahaya observed that the attack reverberates the need for critical stakeholders to review the security of railways across the country in order to achieve the desired security architecture for railway transportation.”