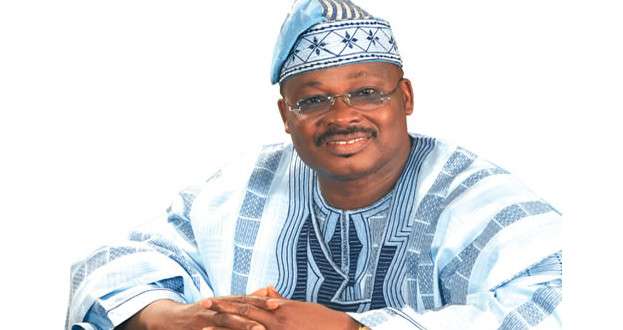 Ajimobi, who traced the Western involvement in healthcare to 1883 when compulsory sickness insurance started in Germany, said making the scheme compulsoiry would sustain the initiative and make it functional.

The governor spoke at the launching of a N50 billion healthcare Endowment Fund at the International Conference Centre, University of Ibadan, Ibadan.

Ajimobi said that the N650 month subscription fee for the health insurance would be deducted from the salaries of workers in the state, stressing that the workers of state’s contractors will also be mandated to subscribe to the scheme.

He said “the recently introduced Healthcare Insurance Scheme is a move in this direction.  Our target is the active participation of all and sundry in the development, management and funding of Health Care Services.  While I heartily appreciate the high level of subscription already recorded, I wish to enjoin all those who are yet to register to go forth now to enjoin the benefits.”

The governor explained that there are growing examples in Nigeria where private sector involvement in healthcare delivery is helping in no small measure to complement Government’s efforts in the provision of efficient and sustainable healthcare services, noting that as individuals and corporate bodies, everyone should give back to the system part of what the system has given to us.

Governor Ajimobi stated that private sector involvement in healthcare dates back to 1883 when compulsory sickness insurance was introduced in Germany for some categories of workers. Pointing out that this marked the establishment of the first model of mandatory healthcare insurance in the Western world.

According to him, “Our administration has also realized the fact that we cannot fund the health sector alone without the active support of, and assistance from, the private sector and corporate bodies.  We must, therefore, do all within our capacity to promote and achieve healthy living in our State.

“The endowment fund  will no doubt, take care of most of the issues which have arisen from the dearth of fund owing to the dwindling resources of Government. I therefore charge you all to join us in our avowed commitment to revolutionize the health sector for enhanced service delivery as our administration has identified and treated health as one of the cardinal sectors,” he added.

The State Commissioner for Health, promised that the fund realized from the endowment fund will be used for equipping the state hospitals, assuring that the primary health centre in the state will be upgraded to international standard in the next 6months.

In his remarks, the consultant on the endowment fund and Managing Director of Healthcare Communications noted that the concept of an endowment fund is international; stating that 30/40 percent of investment in Health comes from high net worth individuals.