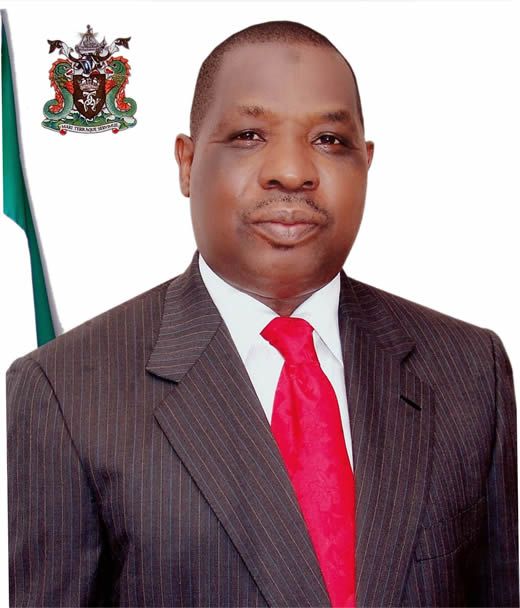 The returnee Managing Director of Nigerian Ports Authority (NPA), Alhaji Habib Abdullahi, has advised the staff of the agency, especially those who were caught napping by his dramatic comeback, to quickly adjust to the reality of his return to the agency.

While taking over from Alhaji Ado Bayero, to whom he ironically handed over two months ago following his sudden sack by former President Goodluck Jonathan, an elated Abdullahi said that his come back to the NPA should be regarded as the will of God driven by the unseen hand of destiny.

In a veiled reference to his dramatic sack and the staff who were said to have expressed shock and anger over his return, the returnee NPA helmsman declared that it was better for these people to live with the reality of the development because ‘’you cannot fight what God has destined to be but it is a challenge not only to me personally but also to my successor and to all of us. For whatever reasons I am here today, I would also want us to know that it is the will of God’’ he declared, a thin smile playing on his lips.

He regarded his return as an unseen hand of destiny, saying he was destined to take back what was taken away from him two months ago.

Habib, who tried unsuccessfully to suppress a smile of victory throughout the short hand-over ceremony, reminded the staff of the rampaging wind of change blowing over the landscape of the country while challenging them to be ready to imbibe the spirit of change.

‘’ The mood of the country now is positive change and I urge all of you (NPA staff) to be ready to embrace this change’’, Abdullahi declared.

He also lauded the decision of President Mohammed Buhari whom he said has as much as belief in him as to return him back to the agency.

The returnee MD however thanked the out-going MD, Alhaji Bayero for holding forth for him and expressed hope that the Kano crown price must have learnt a little from his short stint at the NPA.

He however assured the Kano prince that he would always be considered as part of the NPA family.

Earlier, Alhaji Bayero, who looked moody throughout the short ceremony, thanked the staff of the agency for their support and dedication to duty during his short stay at the super-rich agency.

He declared that the change which heralded his exit from the exalted office is an on-going process which must be embraced by everybody.

‘’While you are there, enjoy yourself and do what you could and move on when you are asked to go’’, he declared.

He lauded the staff of the agency whom he said were committed and efficient while enjoining them to continue to support the returnee MD.

Bayero asked NPA staff to regard the agency as an entity that will outgrow everybody and challenged them to do their best, enjoy themselves and move on when it is time to leave.

In his vote of thanks, Mr Olumide Oduntan , the Executive Director, Finance and Administration, acknowledged the dramatic return of Abdullahi whose comeback many did not envisage.

He however advised the returnee MD to be more matured in his style of administration in the NPA.