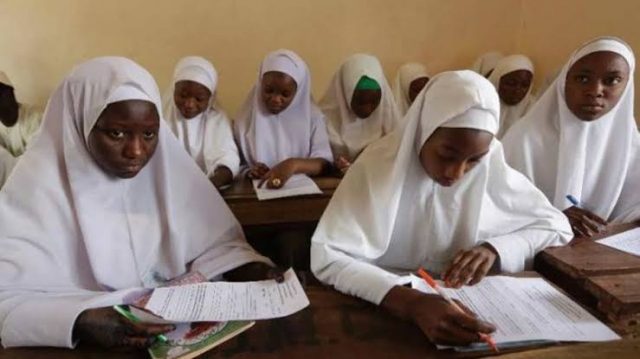 Worried by the lackadaisical attitude to work by some teachers in the rural setting, Media Partners, as asked governments in all tiers to reintroduce payment of hazard and allowances to teachers in rural areas.

The group explained that the reintroduction of the allowances which had been put on hold in Ogun State, for some time, would also check the craze of lobbying by teachers in rural areas to be posted to urban areas.

The Media Partners made the call at a news conference it organised to unfold its activities to give awards to teachers in Ogun State .

The award ceremony, organised in conjunction with the Ogun State Ministry of Education, the Nigeria Union of Teachers (NUT), and the Academic Staff Union of Secondary Schools (ASUSS), comes up on Wednesday, October 5, 2022.

Addressing journalists, the publisher of Salient Times, Mr Abiodun Taiwo, noted that rural-urban migration, which is prevalent in the country,  is the main cause of declining quality of education in rural areas as no teacher takes delight in staying in areas considered less developed due to lack of Infrastructural facilities.

While calling on the state government to provide infrastructural facilities like water, road, electricity and access roads, to check rural-urban migration, he lamented that though natural resources that bring money to government are located in rural areas, governments have often neglected the area.

“We are however, encouraged by policies put in place by the Administration of  Ogun State Governor, Prince Dapo Abiodun, which are aimed at developing all sectors of the state economy,  including education,” he said.

“We have therefore, in collaboration with the Ministry of Education, selected 13 rural teachers in both primary and secondary school teachers, for this maiden edition of Rural Teachers Award, in support of Prince Dapo Abiodun led Administration in education.

“We are convinced that a well-supported, easily accessible education system is an efficient means to make people economically conscious, and thereby, make them actively participate in their economic prosperity and cultural development.

“It is on record that the State Government, is not discriminatory in the treatment of teachers and core civil servants in scheme of things, including payment of salaries, pensions and promotions.

“We have designed this programme, to stop the notion among teachers that posting to rural areas, is a way to punish them but to see this as a service to humanity.

“We, therefore, agreed that rural Teachers must be motivated and encouraged,” Abiodun said.