Sunday Ogbeh has been an Estate Agent for over 20 years. In this interview with CHINWE AGBEZE, Mr. Ogbeh says government should sanitise the housing sector of fraudulent practitioners, reduce the price of accommodation and address other issues within the industry.

Some people within and outside the Real Estate Industry view Estate Agents as charlatans and defrauders. How does this make you feel?
What people even the police say about Estate Agents bothers me a great deal. They all regard Estate Agents as dubious people preferring to engage the services of lawyers and other real estate practitioners when looking for houses. The media reports quite often cases of Agents who defraud home seekers and this has poisoned the waters for other Estate Agents.

I know some lawyers that have duped people and disappeared into the thin air, cases abound where developers gave one single apartment to several home seekers so why are these people not addressed as quacks? Quacks exist in all professions and in real estate business; Agents are not the only quacks.

For 20years now, I have not left this office for another and no policeman has ever come looking for me on an account of defrauding anyone. If I dupe people, will I still be here? Jide Taiwo is a firm of Estate Agents; will they also call them a bunch of defrauders?
Will you say the incidence of Agent fraud has declined since the establishment of the Association of Estate Agents of Nigeria (AEAN)?
Yes, there is improvement because all registered Estate Agents have united to deal with dubious agents. If we cross our hands and do nothing, they will keep tarnishing our image and we will be out of business completely. So, we are constantly on the lookout for those who are practicing without registration. When we set our eyes on them, we immediately hand them over to the police and see to it that they are charged to court.

According to the Lagos Tenancy law, Landlords are to receive one year rent from new tenants and six months from existing tenants. In your dealings with landlords, will you say they are sticking to this law?
Yes in some areas and NO in other areas. Particularly in Mafoluku area of Lagos State, the Yoruba landlords refuse accepting less than two years rent. According to them, they have benefitted nothing from Fashola’s administration and as such they cannot understand why Fashola is forcing them to collect one year rent from their own houses.

Most landlords are hungry and greedy. Because of their greediness, they put all their problems on the rent. If they want to throw a party, their daughter wants to wed or even if they decide to bury their great-grandmother that died forty years ago, they put it on the rent. Once a tenant pays them today, the next day the money is gone.

Some landlords complain that the cost of erecting houses is high. Could this be why they find it difficult accepting one year rent?
You cannot gather the whole money you spent on a building in one rent and this is what most landlords try to do. This is very wrong because it takes several years to recover the money spent in building a house so this is no excuse; it’s just greed and nothing else. They are not God-fearing, they have no mercy.
What challenges do Estate Agents face both in providing housing and in the industry at a whole?
Most times when I’m in dire need of money and there is a lovely house to rent, I discover that the foundation of the house is not right and being a Christian my conscience will not allow me to give a client that house.

Presently, there’s this house in Ajao Estate that not only swallowed up the landlord and his family but have caused so many people a lot of pain. A friend of mine died a month after renting an apartment in that house; some other tenants died while a few others left the apartment wretched. I have come across this kind of houses on countless occasions and this is a major challenge for Estate Agents.

Some Landlords make the job challenging for us by insisting on two years rent or inflating the price of their houses. Most times the bypass us and deal with their lawyers thereby preventing us from making money. Even when they engage our services, they give us peanuts when the deal is done rather than paying us our normal commission.

Compared to past Lagos state governors, will you say Fashola did better for the housing sector?
Fashola did a lot of things in Lagos state that are commendable but housing is not one of them. For the past two years, Fashola did not give anyone Certificate of Occupancy in Lagos state because he wants to build Lagos international airport. When we talk of properties, Jakande is the best because he made plans for civil servants. Fashola was busy selling properties for Lagosians.

What are your expectations from the incoming government?
The rate of accommodation in Lagos state is too high and as such people are suffering. A lot of people are living in ‘Kpako’ houses built on top of canals because they have no other option. We call such places “Mosquito avenue”. Ambode should do something about this when he assumes office so people can at least afford to live in decent apartments at not too costly a price.

He should also make it compulsory for everyone in the real estate business to register with an association so we can easily apprehend those that defraud people and end up poisoning the waters for people like me. There are other issues in the industry like the issue of mortgage loans, procession of titles and corruption he has to address.

Why the decision to delve into Estate Agency and in your 20years of practice, have you had any cause at anytime to regret taking that decision?
For 3years I was into clearing and forwarding business but with the problems in the Port that continually puts people in demurrage, I decided to call it quits.

I came into the industry because this is one business that can turn one into a millionaire in a twinkle of an eye, there is no retirement age, and no one can sack me which means I can be my boss. Also, there is a growing need for accommodation so I will always be in business. I have no regrets because this job gives me time for myself and my family.
What has this job taught you?
I learnt that some houses are not meant to be lived in. Those houses are called “Scorpion houses”. They have bad foundations and occultic symbols, its only professional Agents that can identify them. When someone rents such apartment, it usually spells serious trouble for them. The tenants end up losing their wealth, jobs, and in most cases, their lives. 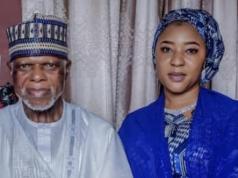