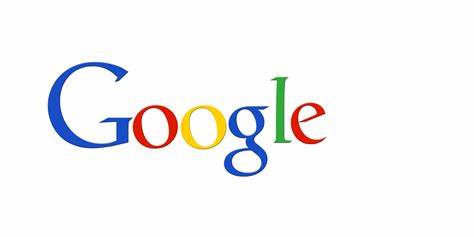 Google Nigeria on Wednesday announced the launch of the Google Digital Skills for Africa programme in Aba and other local communities in Abia State.
The Head, Brand and Reputation, Sub-Saharan Africa at Google, Mrs Mojolaoluwa Aderemi-Makinde, made this known at the unveiling of the digital skills in Aba.
According to her, the Google’s Digital Skills for Africa programme offers training courses to help individuals and communities develop and grow digital skills, find jobs and advance in their careers.
She said that the programme would provide free online courses, tools and in-person digital training of students, educators, job seekers and businesses.
According to the National Bureau of Statistics, the unemployment rate in Nigeria as at December 2017 was 18.8 per cent (16 million people) and under-employment at 21.2 per cent.
“The youth make up 60 per cent of Africa’s unemployed; developing digital entrepreneurship and creating new job opportunities for them is critical to Africa’s transformative growth.
“We are doing this because we believe that more needs to be done to empower young Africans to succeed in the digital world,” Aderemi-Makinde said.
She said that Google announced its Digital Skills for Africa initiative in 2016, when it committed to training one million young Africans within one year.
Aderemi-Makinde noted that in 2017, it extended the programme for another five years in order to reach 10 million Africans.
In 2018, Google announced plans to help more people in Africa prepare for jobs of the future through local community-focused Digital Skills Training programmes.
She said that in total, over three million people had now acquired different levels of digital skills in 29 countries across Africa via face-to-face training as well as through the online platform – g.co/digitalskills which is available in English, French and Portuguese.
The Governor of Abia, Okezie Ikpeazu, said that commercial activities was dependent on the digital world, saying that government was excited in having Google introduced Digital Skills training to business community and local manufacturers in Aba.
Ikpeazu, who was represented by the Secretary to the State Government, Mr Chris Ezem, said that the training would drive business expansion, help to increase sales and create employment opportunities in the state
“The world is now a global place as a result of Information Technology and Abia through the Digital Skills Training by Google will be able to key into the digital narrative, giving Aba, the commercial hub in Nigeria, the needed visibility,” he said.
Ikpeazu said that the partnership with Google would ensure a base station in Aba and 20 other areas; an ICT policy that would drive the state and deployment of internet services to government house, tertiary institutions, especially Abia State University.
Mr Onyebuchi Nwigwe, the President, Association of Tailors and Fashion Designers, Aba, Abia State, said that Google’s presence with its digital skills in Aba, would help project their businesses worldwide.
He said that the association was opened to receiving the training from Google.
Nwigwe said they knew that as fashion designers and tailors they would be able to properly compete with their counterparts across the world after adopting and introducing the digital skills to their business models.
Nwigwe urged government to give them a parcel of land where they could come together and work to enhance their productivity.
The News Agency of Nigeria (NAN) reports that Digital Skills for Africa programme is designed to address the skills needs of job seekers and small business owners.
The programme has to date been rolled out in roughly 100 communities in many countries including Nigeria, South Africa and Kenya.
By engaging directly with the communities that can most benefit from the training, Google is able to identify the specific needs of these communities.
Google supports their local growth activities and ensure the impact is felt not just on an individual level but also at a community level.
bbbbbbbbbbbbbbb
UNICEF partners Niger govt on SDG targets
The United Nations Children’s Fund (UNICEF) said it will sustain its partnership with Niger State Government to attain Sustainable Development Goals (SDGs) in the state.
Dr Zakari Adam, Chief of Field Office, UNICEF Kaduna, made the pledge during its 2019 mid-year review and planning meeting on Thursday in Minna.
The objective of the meeting was to discuss key challenges, focusing on issues hindering UNICEF programmes desired results for children in the last six months of implementation.
Other objectives include developing way forward with agreed action plans associated with time frame as well as to highlight best practices.
Adam noted that UNICEF would continue its intervention programmes targeted at improving the lives of women and children in the state.
“Our agenda is focused on all children issues; we share support in education and our biggest programme in education is in Niger state. This is to ensure that the children get access to quality education.
“Other areas of intervention are health, nutrition and Water Sanitation and Hygiene (WASH). This, too, is to ensure that children get adequate access to qualitative education, health care services and access to clean water,” he said.
Alhaji Ahmed Matane, Secretary to Niger state Government, commended UNICEF’s long term partnership aimed at improving access to education, health, nutrition and water in the state.
He assured UNICEF of the state government support and commitment in strengthening the partnership to achieve SDGs in the state.
“We will continue to partner with UNICEF due to its broad network across the country to put an end to some of the challenges in the sectors it is currently intervening,” he said.
Matane urged Ministries, Departments and Agencies (MDAs) involved in the partnership to avail themselves the opportunity to deliver on the target.
He charged the state’s Ministry of Planning to look at the indicator within the SDGs to ensure that they were properly situated in order to attain the goals.