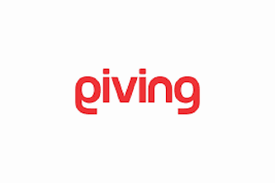 As part of its annual giveback campaign corporate social responsibility (CSR), Giving.ng, a reputable crowdfunding platform, will soon begin the construction of a world-class borehole in Ajichemu community in the Dekina Local Government Area of Kogi State, following the selection of the community for the social impact project by an online audience.

Mrs Peju Ibekwe, Chief Executive Officer, Sterling One Foundation, investors in Giving.ng, said the commitment to lasting social impact, reducing poverty and fostering a better world brought about the priceless gift of clean water by drilling a borehole in a community where it is most needed.

In a bid to make the project a reality, Giving.ng asked Nigerians to nominate a community that is in desperate need of a borehole and about 20 communities across the country were nominated in December 2020.

“While voting for the three communities was happening online, the Giving.ng team was also busy on the streets. It partnered with the Pamilerin Foundation to provide food to the old and needy in Idi-Oro community in Mushin, Lagos. The outreach was deeply emotional, especially seeing the joy on the faces of people who were impacted by it,” she disclosed.

According to Mrs Ibekwe, Giving.ng is happy to be at the forefront of two inclusive projects that mobilised people from different walks of life to tackle hunger and the poverty associated with lack of safe drinking water.

“We are setting new inclusive standards and thriving on citizen input and support to champion causes that touch the lives of everyday people. What we do require support from everyone, and we are excited to invite all seeking to support life-changing causes to visit Giving.ng to learn more.