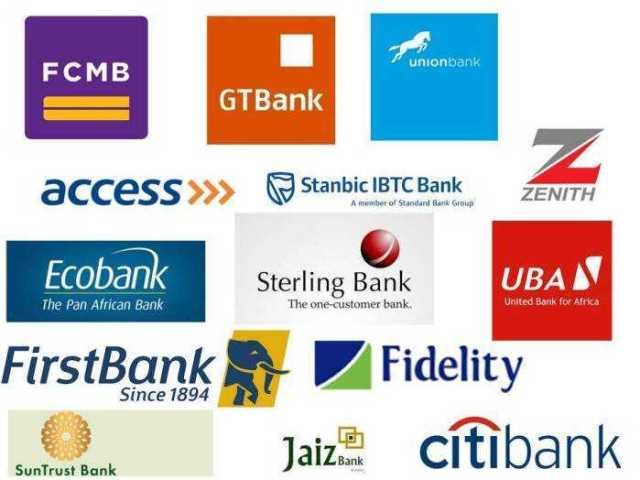 It has lately been an uncertain period for banks, as the prevailing economic instability seems to heighten. Though the beginning of a COvid 19 vaccination programme and improvements in the price of crude appears to increase confidence in the economy, but there are still fears that all is not well given the widespread insecurity and the new Covid-19 Delta Variant which has rattled the operating environment and the nation at large.

In the most of these however, the banks have remained resilient as reflected in their half year (H1 2021) results.

Analysts have generally expressed surprise at the impressive performance of banks despite the harsh operating environment. Some of the banks whose H1 results have been made public include Ecobank Transnational Incorporated (ETI), FBN Holdings, Unity Bank Plc, Wema Bank Plc, Union Bank of Nigeria Plc, FCMB holdings and Sterling Bank Plc.

Analysis of the banks results showed that they cumulatively reported N113billion profit after tax in H1 2021 as against N101.02billion reported in H1 2020.

The Group Managing Director, FBN Holdings, U.K. Eke in a statement said the Holdings delivered a resilient performance in the half year, reflective of its focus on strengthening the organisation in recent years.

According to him: “We remain committed to our strategic objective of driving further stability in performance, as well as delivering sustainable growth over the years to come.

“In line with our focus on revenue diversification, we continue to grow our non-interest income as we progressively become a more transaction-led institution and implement innovative and technological driven measures to improve overall efficiency. The macro and socio-economic conditions remain challenging given the COVID-19 pandemic and the low-interest rates environment.

“While these points negatively impacted overall revenue generation, we are confident that FBNHoldings can navigate this challenging operating environment and keep delivering sustained innovative solutions that enrich customer experience as well as deepen financial inclusion.”

Conversely, Wema Bank in the period under review reported a significant increase in profit after tax to N3.72billion, about 149 per cent increase when compared to N1.49billion recorded in prior period.

Analysis of Wema Bank’s results showed that the bank grew its gross earnings by 8.3 per cent and drive its operating income by 30 per cent that impacted on profit after tax.

The Managing Director, Wema bank, Mr. Ademola Adebise in a statement said: “We are pleased to release our results for the first half of the year.

“Our performance speaks to the spirit of resilience that runs through the organization as we have strongly bounced back from the COVID-19 impacted performance of the same period in 2020. As the economy opens back up fully, we expect to see a stronger performance for full year 2021.”

He added that: “Over the course of the second half of 2021, the bank will continue its strong focus on the digital business, pushing for further gains in customer acquisition, consumer lending and transaction volumes while on the commercial side of the bank, we will continue to aggressively grow our commercial lending business alongside trade and other revenue lines.”

The Ecobank Group CEO, Mr. Ade Ayeyemi, in a statement said: “We saw continued and sustained resilience in our performance, which is indicative of the success of our ‘execution momentum’ drive.”

The Managing Director/CEO, Unity Bank, Mrs. Tomi Somefun had noted that the double digits growth recorded in both earnings and profits.

She added, H1 2021 was the result of a portfolio plan which the Bank set out in the beginning of the year to diversify its portfolio whilst incrementally pursuing as set creation in petrochemical downstream, consumer, healthcare and general commerce with agribusiness providing the bulwark for identified business and brand benefits.

She stated that the Bank will be looking to strengthen its balance sheet from the liability side as it continues to grow its brand franchise in many areas of the retail market by promoting and leveraging its Agriculture value chain businesses as an offshoot to achieve better performance ratios that enable it expand the scope of business for even greater outcome.

Peaking on the results, capital market analyst said the unaudited results of the seven banks indicated economy challenges, stressing that other sectors that have submitted the same results outperformed the banking sector.

“This time last year, virtually everywhere was on lockdown and this year, the economy has opened up and we have exited recession. These banks weak performance put integrity on their results. The good thing is that some banks performed better and there is hope that for the banking sector to deliver good earnings this year,’’ said Managing Director of HighCap Securities limited, Mr. David Adonri