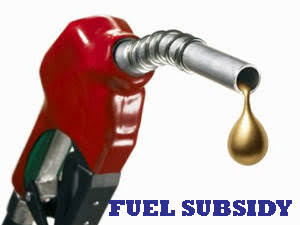 Subsidy as a public policy is predicated on the principle or concept of welfarism; and most, if not, all welfare governments are basically nationalistic. Nationalist governments usually pursue the idea of big government – paternalism of some sort; government taking care of all or most of our needs because its fundamental philosophy is the equality of all and the ‘good of the people’.

READ ALSO: EVIL OF POPULISM: WHY SUBSIDY IS ANTI PEOPLE (1)

Underlying this philosophy is the belief that society is naturally unjustly arranged and the majority of the people are unfairly affected by the skewed nature of society in favour of a few. So government as a ‘neutral’ agent intervenes to ensure that the rest of the people are not denied the good things of life by providing those things on their behalf. Hence we see government doing things for the people to make life more bearable for them. Government creates jobs, gives free education, health, water, power etc. The question however, is; what is the responsibility of the people to themselves? The rise of welfare state is the beginning of entitlement culture and indulgent society that no longer respects the dignity of labour and the old way of hard work and endeavour. Government pays for our university education and it must also provide us with jobs.

All this may sound very good as sweet music to the ear; but there is a grievous price which most of us do not recognize; yet it is at the root of most of the current problems stifling our self expression and actualization as a people. We have to pay or indeed are already paying a heavy price that does not justify whatever benefits we supposedly enjoy nor do we have any alternative or option for remedy; we asked for it so we have to live with it.

First, government is a bad decision maker and actor; government hardly makes rational decisions and choices because it tries to please everybody ensuring that nobody is eventually pleased. As our interests are different so are our needs, and trying to impose a common or uniform standard on all is detrimental to progress and self atualisation. Second, government is inherently inefficient and ineffective as an economic agent because it is slow in decision making, wasteful in the utilization of scarce resources, and often influenced by extraneous factors and considerations.

Both of these conditions or factors ever present in welfare/big government adversely affect development and in the long run, leave the people worse off. What the people may think subsidy and big government offers them in the short term is vitiated in time; they are the net losers in the end as most people in this country can testify given that most of the previous services provided by government have completely collapsed.
Yet changing the situation seems difficult if not herculean an daunting because of the entitlement mentality that has been entrenched and those with vested interests such as labour unions and civil society organizations pretend to defend the rights of the people, but they are only shortsighted, ideologically misguided and ill informed about the dynamics of economic cost and development. Whatever government provides has a charge on development. And corruption is one of them.

Thirdly, the people lose their right to decide their economic fate and the power to question and control their government. Here is the paradox: The people want government to take care of their lives yet they complain of loss of the power to determine the outcomes of government policies and actions. What they fail to realize is that by transferring or ceding their economic and social rights to government they willy-nilly forfeit their political right to influence government. He that pays the piper dictates the tunes.

So elections are manipulated and the people are helpless; resources are either plundered or wasted and there are no repercussions; and even when the services are hardly provided the people still pay because they are not expected to complain; after all government is doing them a favour. For many years Nigerians have lived with ordeal of unstable power supply; the truth is that Nigeria and Nigerians would be better off paying higher tariffs to have stable supply. Still people believe it is their right to enjoy free power even when it is unavailable.

For instance, when Senator David Mark was minister of communications under the military regime, he said that telephone was not for the poor. Then Nitel was the only provider and it was highly subsidized. Just a decade after he made that statement more than 120 million Nigerians now have access to telephone, and they love it because it is within their power to decide what they use and how to pay.

Therefore, all welfare or nationalist governments are actually a subsidy on the people for their inefficient use of resources, denying people of personal initiative and rewards for efforts; and limiting everybody to the same standards thereby depriving society of individuals’ contributions.

Again, welfarism is driven by the erroneous concept and application of equality. The canon of legal and political philosophy is that all men are equal before the law because all men are created equal by God. This is only so to an extent and does not constitute an absolute truth. Examined critically, the premise does not support the legal conclusion. Basically, the law is pretensious about social and political equality. Even in socialist countries where it was both a political and social philosophy, it was still pretentious and illusive. Remember George Orwell’s Animal Farm!

In principle, the law says we are all equal but in reality, it is a different kettle of fish; the law implicitly makes exception for some categories of people such as rich and mighty. We are created equal – and obviously equal before God – but we are not socially, economically and politically so; neither are we expected to be. The concept of equality is in direct contradiction with the very idea of society. It was this contradiction that undermined the logic and existence of socialism. And China is a typical example, where the so called socialist country also multiplies billionaires by the day.

Society is based on social stratification and hierarchy – cultural, social, political and religious – and all these confer certain privileges and benefits not available to all the people, which may be reinforced by birth and inheritance. In essence, welfarism in pursuit of equality or equal access imposes commonality and conformity on the people which perpetuate the inequality inherent in the system with those in control of government as the new aristocratic class who were abhorred by the liberal revolutions that ended monarchical rule.
So the solution to inequality in society is the freedom of choice and competition to ensure that society or government does not impede the actions of individuals as well as guarantee access to privileges and advantage based on personal efforts and contributions. It is the only way to avoid recycling privilege and advantage, as evident in Nigeria today where some people have been in government for 30 or more years. Welfare system simply makes everybody poor.