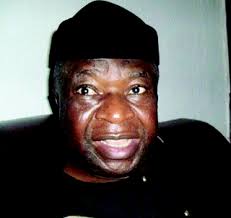 Ekiti State House of Assembly has written to the State Chief Judge‎. Mr. Justice Ayodeji Daramola, asking him to set up a panel to investigate allegations raised in the impeachment notice to Governor Ayodele Fayose.

At a special sitting held at M‎ary Hills Boys High School, Ado-Ekiti, yesterday, the lawmakers said they relied on Section 101 of the 1999 Constitution as amended  which empowers the Assembly to regulate their sittings, including sitting in a public building within the state capital if conditions exist in the hallowed chamber that endanger members’ lives.

Majority Leader, Churchill Adedipe, Irepodun/ Ifelodun Constituency 1, explained that the sitting ought to have taken place in the hallowed chamber on April 7, 2015‎ but members were waylaid by thugs who mounted roadblocks and were threatening their lives with dangerous weapons, thereby making them to abandon going to the Assembly.

Relying on Section 188 of the Constitution of the Federal Republic of Nigeria 1999 (as amended), Adedipe moved the motion empowering the Chief Judge to set up the panel.

His motion was seconded by the Deputy Speaker, Adetunji Orisalade, representing Ido/Osi Constituency 2.

After debates, the lawmakers in a unanimous vote supported the motion‎ directing the chief judge to set up the panel.

The House adjourned to the next legislative day.

Meanwhile, the All Progressives Congress (APC) in Ekiti State has reacted to the ruling of the Federal High Court rejecting Governor Ayodele Fayose’s request to stop the House of Assembly from going ahead with the impeachment proceedings against him, saying it is laughable that the governor who once desecrated the judiciary by leading thugs to beat up judges and tear court records in the Chief Judge’s office is now approaching the same institution to protect him from his illegal acts.

It also expressed surprise that the governor could approach a Federal High Court in Abuja for protection over a matter that happened in Ekiti after lampooning APC for approaching a court in Jos Division while seeking protection from the governor’s harassment and attacks.

It added that the governor contradicted himself by challenging the legality of his impeachment proceedings when he had earlier claimed that he was not aware of any impeachment move by the lawmakers.

A statement by its Publicity Secretary, Taiwo Olatubosun said the governor was confused on how to handle his cases in court, having desecrated the Ekiti State judiciary and instigating the state judiciary workers to refuse resumption of duties.

“Fayose didn’t allow Ekiti courts to function and he declared the State Chairman of the APC, Chief Olajide Awe, wanted over a phantom murder charge, Chief Awe obtained an injunction against arrest from a Federal High Court in Jos, which the governor referred to as a ‘black market injunction’. He has now ran to Abuja to get an injunction to restrain the 19 lawmakers from impeaching him but the court in its wisdom has turned this request down,” the APC spokesman noted.

He expressed delight at the court ruling, saying the gesture was a warning to the governor and his like that the rule of law had come to stay in Nigeria.

“Bye bye to impunity and flagrant trampling on the nation’s constitution. The governor should get set for his impeachment and we advise him to assemble his legal representatives. The Assembly is prepared to give him a fair hearing in the matter and he should be assured that he has nothing to fear.

“Mr. Fayose must respond to the impeachment notice from the House of Assembly and stop looking for an easy way out,” the Olatubosun added, stressing that the emergence of General Buhari as the President-elect marked the end of impunity in the country.