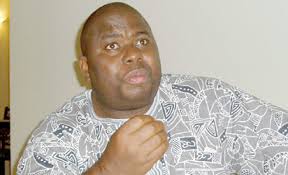 The Ijaw Youth Council (Worldwide) yesterday distanced itself from the threats by an ex-militant leader, Alhaji Mujahid Dokubo-Asari, that Niger Delta militants might return to the creeks to protest against the defeat of President Goodluck Jonathan in the presidential election. IYC, however, said it would cooperate with and closely monitor the incoming administration of Maj. Gen. Muhammadu Buhari(retd.) to “see their(its) dance steps.”

The President of IYC, Mr. Udengs Eradiri, made the clarifications in Abuja after reading a communiqué issued at the end of its meeting held at Tuomo community in Delta State to review the outcome of the March 28, 2015 Presidential election.

He also expressed sadness over what he described as the deliberate efforts by the core North and a section of the South-West “to frustrate the administration of Jonathan and force him out of power through false media propaganda and insurgency in the North in connivance with some foreign countries.”

He added, “The Ijaw nation, satisfied with the performance and conduct of President Jonathan in office, will warmly welcome him back home from national service.”