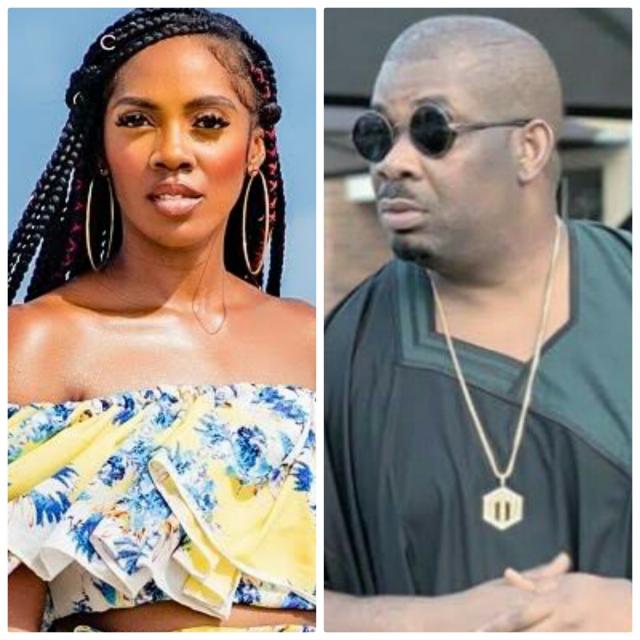 Song producer, Don Jazzy and singer Tiwa Savage were quizzed and cautioned against making social media comments against the regime of President Muhammadu Buhari by the Department of State Security (DSS).

Tiwa Savage, according to Punch report, earned the invitation after she ran a campaign, ‘WeAreTired’, in reaction to a rise in cases of rape in the country.

She also made social media posts to draw the attention of the Buhari regime to the issue.

She and Don Jazzy were invited to the Lagos office of the DSS where they were warned to be mindful of the kind of posts they make on social media.

Since the meeting with the DSS at their Shangisha office two weeks ago, Tiwa Savage has not continued with the campaign against rape, while Don Jazzy has toned down his activities on Twitter.

Shortly after, singers Yemi Alade and Waje were invited by the Lagos State Commissioner of Police, Zubairu Muazu who warned them to avoid making political comments that could anger the Buhari regime.