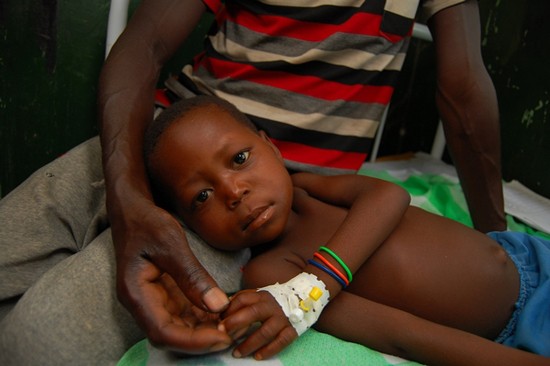 As the strike action embarked on by members of the National Association of Resident Doctors (NARD), intensified last week, the Health Minister Osagie Ehanire said the action was a big mistake. He urged the striking doctors to return to work.

Addressing reporters last Friday in Abuja, the minister said the strike portrayed the doctors in bad light, especially as the country struggles to check the third wave and the Delta strain of the COVID-19 pandemic. Ehanire said innocent Nigerians should not be put at risk because of money-related issues, especially as efforts were being made to address them.

The minister said the doctors should not work at cross purposes with the government and defeat each other’s efforts at providing effective healthcare for Nigerians. Ehanire, who said the briefing was held to disabuse the minds of Nigerians on the strike, added that most of the issues about the strike concerned states and not the Federal Government.

The minister said the strike shocked the government because efforts to address the doctors’ demands were ongoing and called for dialogue to resolve the matter.

On the doctors’ demand for hazard allowance, he said the Federal Government had set aside a lump sum for payment to its health workers.

He said as soon as both representatives agree with each other, it will be resolved and the payment of hazard allowance implemented. “NARD is advised to work with the NMA to sort out the delay in payment, rather than blame the government,” he said.

Also, the Federal Ministry of Health had directed house officers undergoing training in hospitals across the nation not to join the NARD strike.

The Minister of State for Health, Dr. Olorunmimbe Mamora, gave the directive Friday at a media briefing in Abuja. “You will recall that we had a memorandum of action on March 31 and had an addendum to it on April 9, 2021.

“But since then, we still have had irregularities in the payment of salaries to the house officers. We had issues with them being non-regular payment and as part of the memorandum of action, it was said that they should be captured back into the IPPIS platform,” the minister said.

NARD, in its communiqué announcing the industrial action, had said house officers were owed 12 months’ salaries.

Mamora said: “House officers are undergoing training; they are not full-fledged doctors. They are not and should not go on strike.”

According to him, house officers work generically across General Surgery, Orthopaedics, Plastic Surgery, and General Medicine and Medical Specialties. He added that they also worked in their designated services wherever possible and were also attached to consultants.

Already patients have had a rough deal for the past week, as activities and services at various public hospitals across the country continued to be disrupted with many rendering only palliative services.

When Business Hallmark the Lagos State University Teaching Hospital, LASUTH, Friday, there were very little activities around the surgical and medical wards, as many patients were unattended to.

As at the time this reporter visited no doctor had shown up. A aged man who identified himself as Abiola said he brought his sick grandson for treatment. He said “we have been waiting here close to five hours, they keep telling us to wait, that doctors will come, yet none has shown face, I will go to a private clinic.”

At the Lagos University Teaching Hospital, LUTH, the same inactivity was recorded, as all the clinics including the Accident & Emergency were open, but they were devoid of the usual slew of activities as only few patients were seen around when this medium visited around 4.00 pm on Friday.

Media reports suggest that the strike action has paralysed health sector throughout the country.

The President of the Nigerian Association of Resident Doctors, NARD, Dr. Okhuaihesuyi Uyilawa was quoted last Thursday as saying that the statement released by the Minister of Labour and Employment, Dr. Chris Ngige through his Deputy Director of Press and Public Relations, Charles Akpan, claiming that they had a successful meeting was far from truth.

Uyilawa said that despite his effort to persuade the minister to answer some of the demands of the Association before the Exco meeting in Umahia, it all proved abortive as the minister failed to take any concrete action towards their demand.

“On the Thursday before the last, we met with him and he was aware that more than 90 percent of the things we demanded for are not met.

“Before our meeting in Umahia, we went to him and showed him the minutes of our last meeting and I specifically told him that decision will be taken at Umuahia and that I suspect it may go the way of strike.

“I tried to persuade him to put something on the table before the meeting in Umuahia so that we can have something to tell members.

After the visit we knew that it was empty promises as nothing was done. Even today, nobody has reached out to us despite the fact that we have submitted letters to all relevant agencies of government to intervene. Since no response is coming in, the strike continues,” he remarked.

Oyin Adeola, a civil servant told this newspaper that “government should have tried hard to prevent this strike coming at a time we are battling with third wave of COVID-19, cholera epidemic and all sorts of ailments. What is happening in this country? What manner of scandalous people are in charge of the affairs of our nation? We have never had it this bad. This government is a criminal racket.”

The latest World Health Organisation survey ranks Nigeria’s healthcare system as the fourth worst in the world. This would not come as a surprise to Nigerians living in a country where there are no ambulance services or a simple toll-free number, like 999 to call in an emergency. In the unfortunate event of a heart attack, the chances of survival in Nigeria are dire.

At a time when people are generally living longer, with a global average life expectancy of 73 years, the average Nigerian will be lucky to attain the age of 60. With a life expectancy of 55 years, Nigeria is one of four countries with the lowest life expectancies in the world, after the Central African Republic, Lesotho, and Chad, based on the latest data from the United Nations.

At the root of early deaths in Nigeria is a healthcare system that has virtually collapsed due to the lack of investment. The latest World Health Organisation survey ranks Nigeria’s healthcare system as the fourth worst in the world.

Professor Tunji Obaro, a medical sociologist told BusinessHallmark that the state of our health care is bad, even in the era of COVID-19, only Lagos State has managed the pandemic well, and just by miracle, the healthcare has not totally collapsed.

“For decades, Nigeria’s health sector has suffered from acute underfunding, whilst the country’s leadership have jetted off to the U.K. and the Dubai, to get the medical care they have callously denied their fellow citizens.

“Even Nigeria’s number one citizen, has just jetted out to UK, he would have nothing to do with the healthcare system he superintends, preferring instead to patronise, unashamedly, the health services built by his peers in the U.K., at great cost to the Nigerian treasury.”

In the last ten years alone, Nigeria has added almost 50 million people to its headcount, more than the entire population of Canada of 38 million, without any commensurate increase in investment in health. The Federal Government budget for health this year for the entire country is a miserly $1.07 billion (N547 billion), less than half the $2.4 billion (£1.7 billion) expenditure budget for Guys’ and St Thomas’ – a government hospital in the U.K. favoured by Nigeria’s ruling elite.

Some have described Nigeria’s hospitals, perhaps too harshly, as where people go to die. With a public health system characterised by a shortage of drugs, equipment and medical specialists, Nigerians seem to have resigned themselves to the possibility of an early death, if unfortunate to be struck by any serious illness.

Apart from, perhaps, a few top private hospitals, the majority of hospitals in Nigeria are no more than mere consulting rooms, lacking in everything. Even empathy is in short supply, with the poor bearing the brunt of ill-treatment from health workers, overwhelmed themselves by the daily throng of patients needing care.

With patients required to meet the full cost of treatment, Nigeria’s healthcare system has literally priced out access for over 100 million citizens living in poverty. Hospitals, however, argue they would be forced to close, if not able to recover the full cost of treatment from patients, in the absence of adequate funding from the government. It is not uncommon in Nigeria for patients to be ‘held hostage’ in wards until a kind benefactor pays their medical bills.

For very serious medical conditions, deposits of over half a million naira are required before treatment can even commence, an impossibility for over half the population, which lives in extreme poverty, according to the World Poverty Clock.

How long the current strike will last depends on how government agrees in action to meet the doctors’ demands.