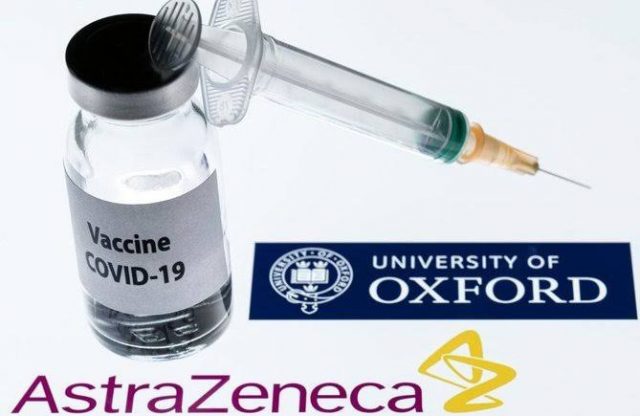 A dark shadow is lurking over the fight against the dreaded Covid-19 pandemic in the country, with the rollout of vaccines to battle the diseases being increasingly hampered by obstacles.

It would be recalled that several countries had put vaccinations with the Oxford/AstraZeneca jab on hold over reported cases of blood-clotting conditions among those who have received the vaccine.

Recorded cases of reactions include pulmonary embolism and deep vein thrombosis as well as conditions such as thrombocytopenia, where people do not make enough platelets (pieces of very large cells in the bone marrow that help form blood clots to slow or stop bleeding and to help wounds heal), and a disorder called cerebral venous sinus thrombosis (CVST), which is a type of blood clot in the brain.

Many health experts, as well as conspiracy theorists in the country capitalised on the development to call for the stoppage of the vaccination exercise, warning that it could have serious health and spiritual implications.

However, the Federal Government assured Nigerians that there was no cause for alarm regarding the batch of Oxford-AstraZeneca vaccine delivered to the country, advising them to remain calm. 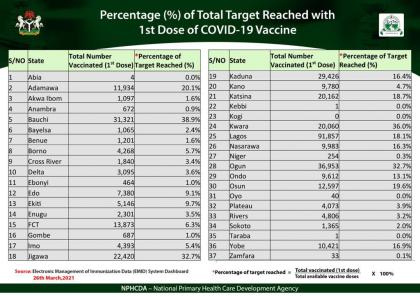 According to the Head of Public Relations Unit, National Primary Health Care Development Agency (NPHCDA), Mohammad Ohitoto, Nigeria did not receive any dose from the batch of vaccines in contention, while all side effects reported so far in Nigeria had been mild.

The agency appealed to those categorised among the set of people to be prioritised in the current phase of vaccination exercise to come forward and get vaccinated.

The health scare from the vaccine, Business Hallmark reliably gathered, scared off many potential recipients who had initially agreed to present themselves for the jabs.

Also, the Sultan of Sokoto, Muhammadu Sa’ad Abubakar, was forced to come out publicly to assure Muslim faithful that despite the endorsement of the vaccine by the Nigerian Supreme Council of Islamic Affairs (NSCIA), no Nigerian would be forced to take the jab.
Despite the assurances, the harm seems to have already been done as many Nigerians are shying away from the exercise.

According to the National Primary Health Care Development Agency (NPHCDA), only 374,585 Nigerians have been vaccinated against Covid19 as at midnight of Friday, March 26, from the 3.9 million doses the country received from The Global Alliance Against COVID-19 (COVAX) on March 2.

Analysis of the report obtained from the NPHCDA website shows that despite the fact that the vaccination exercise began on March 5 (more than two weeks ago), the country has been able to utilize only about 10% of the doses.

Some health experts who spoke with BH on the slow process of the exercise argued that if the trend continues, it will take about eighteen weeks (four and half months) to be done with the over 3.5million remaining doses out of the 3.92 millions and several years to vaccinate all Nigerians.

While the government and health authorities are still battling with how to overcome the challenge of many Nigerians shunning the vaccines, another major hiccup reared its again at the weekend, when India suspended all major exports of the AstraZeneca-Oxford vaccine from the Serum Institute of India, SII.

The suspension is coming on the heels of the decision by the European Union (EU) last week to block AstraZeneca vaccines being exported outside the union which is struggling to bring infections down and ramp up immunisation campaigns. The EU had accused the drug maker of over-selling its vaccine and unfairly favouring Britain.
Though, Nigeria is already lagging behind in the race to vaccinate its citizens against Covid19, experts believe that the latest move by India to suspend the exportation of the vaccines to Nigeria and other African countries will further impact negatively on the battle against the dreaded virus.

“Nigeria recently received 3.92 doses of AstraZeneca vaccine out of the expected 16 million allocated to it under the World Health Organisation/COVAX arrangement.

“Apart from the COVAX quota, Nigeria is expected to receive additional 42 million vaccine doses through the African Unions African Vaccine Acquisition Task Team. And these are all expected to come from India.

“Most developing nations like Nigeria rely on Indias production and supply of Covishield, manufactured under licence from AstraZeneca of the UK, as the vaccine is cheaper and easier to transport than rival shots”, said a virologist with WHO Dr. Wale Beckley.
Also, the WHO Regional Director for Africa, Dr. Matshidiso Moeti, said that Africa urgently needs more COVID-19 vaccine supplies as the first consignments are nearly exhausted in many countries.

A slowdown in vaccine supply could prolong the painful journey to end this pandemic for millions of people in Africa. While some high-income countries are seeking to vaccinate their entire populations, many in Africa are struggling to sufficiently cover even their high-risk groups.

“Acquiring COVID-19 vaccines must not be a competition. Fair access will benefit all and not just some of us, she said.
She warned that a large percentage of the African population targeted in the initial phase of the vaccination campaign may remain unvaccinated for several months to come due to global supply chain constraints.

Meanwhile, the feud between the federal and Lagos State governments over the state’s alleged jettisoning of the vaccination process put in place by NPHCDA, is also threatening to derail the vaccination exercise.

The FG had accused the Lagos State government of creating its own platform through which it is inviting people, thereby vaccinating those not yet qualified based on the phased inoculation arrangement. It threatened to deny the state vaccine supply when the next batch is received.

If it turns out after our investigation that Lagos State has a different platform and they are using it for this process, then they stand the risk of actually being barred from getting further vaccines.
“These vaccines are being provided by COVAX, and have been donated by different organisations and they are very clear about accountability for the vaccines.

However, the state Commissioner for Health, Prof. Akin Abayomi, while maintaining that Lagos had been using the NPHCDA platform, explained that the platform had on numerous occasions failed to pre-register residents and schedule citizens in an orderly manner.

He said the state had continued to engage the IT staff of the Federal Government agency to resolve the issues, insisting that Lagosians who fit into Phase One of the ongoing COVID vaccination exercise must register on the dedicated vaccination self-registration portal before visiting any of the 88 vaccination sites for vaccination.

The state government will no longer tolerate any action that is inimical to the success of the vaccination campaign. We will, in the long run, vaccinate everybody and we plan to move from Phase One to other phases as quickly as we can.

But citizens need to support our quest to successfully implement this exercise by adhering strictly to our guidelines and instructions”, Anatomical stated.