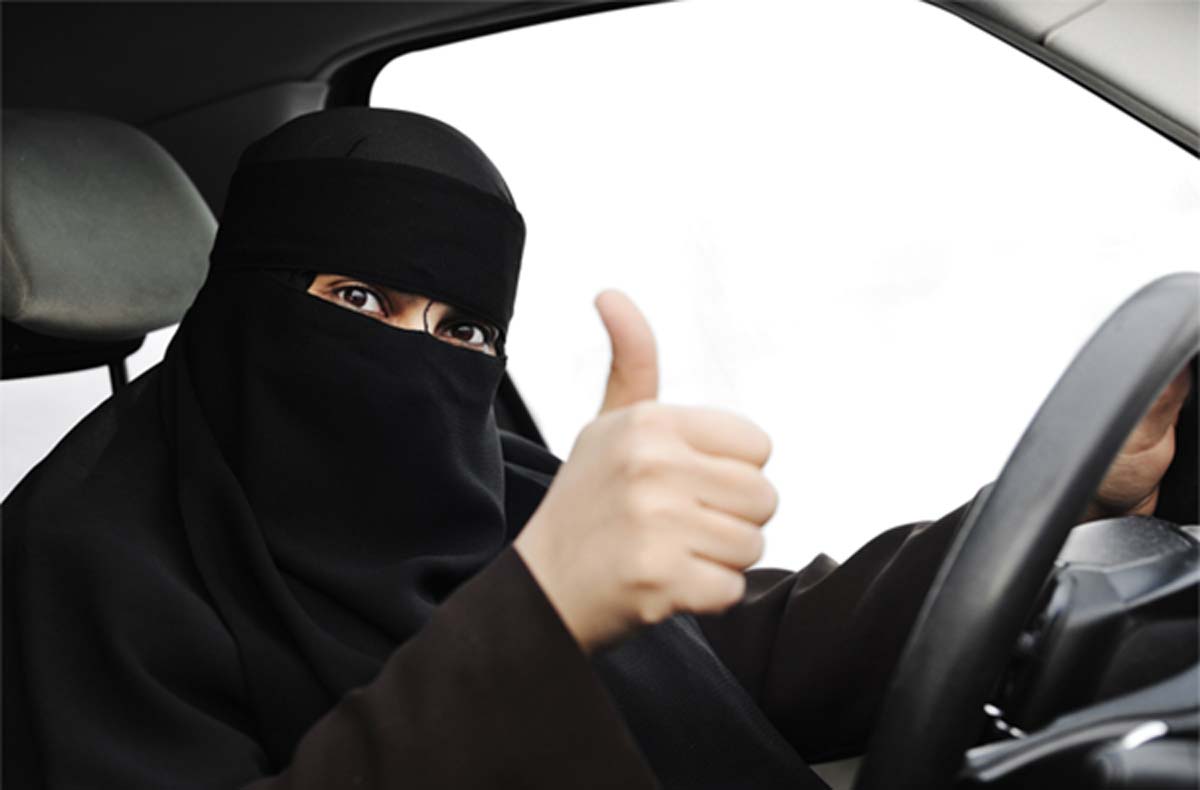 King Salman bin Abdulaziz Al Saud of Saudi Arabia has issued a decree allowing women to drive for the first time in the oil-rich country.

The lifting of the driving ban comes after last week Tuesday’s announcement that women would be allowed to enter sports stadiums for the first time.

Saudi Arabia is the only country in the world where women are not allowed to drive and those who dare go against this law face risk of being arrested. Some women have been imprisoned for defying it.

Reacting to the development, US President Donald Trump said it was a “positive step” towards promoting women’s rights.The new decree is seen to be an attempt by the highly conservative kingdom to improve its international reputation.

The lift on the ban which had become a global symbol of female oppression in Saudi Arabia was received with great joy by women’s rights activists who have campaigned against the law for years.

An activist, Loujain al-Hathloul, tweeted “thank God”. She was detained for 73 days in 2014 for flouting the ban.

Also, one of the women behind the Women2Drive campaign, Manal al-Sharif, hailed the decision by posting a photo of herself behind the wheel of a car on tweeter.

Women would now be free to take driving lessons, obtain licenses and also be able to drive to anywhere they wish. Families have had to employ drivers for female relatives.

The royal order which will be implemented by 24 June 2018, has already been criticized.

“The Saudi king needs women at the moment. He needs the publicity given that his regional policies have utterly failed in Syria, Yemen, and Qatar,” Madawi al-Rasheed, a Saudi Arabian professor of social anthropology told BBC Radio 4’s Today programme. “There is also a domestic issue here. King Salman and his son want to promote a neoliberal economy where women are drawn into the economy and he had already silenced all opposition to women’s driving.”

The Crown Prince, Mohammed bin Salman Al Saud, established a far-reaching programme of reform two years ago. It was branded Saudi Vision 2030 and it is set to modernise the country by overhauling the kingdom’s economy and society while reducing its dependence on oil.

Over the years, Saudi officials have insisted that it is against the its culture for women to drive claiming it can lead to women being sexually assaulted,promiscuity, breakdown of families, resulting in the corruption of the kingdom. They have also claimed that male drivers would struggle to have females driving alongside them.

A Saudi Sheik has said women shouldn’t drive because they have half men’s strength. Another outrageous claim is that driving affects the ovaries of women.