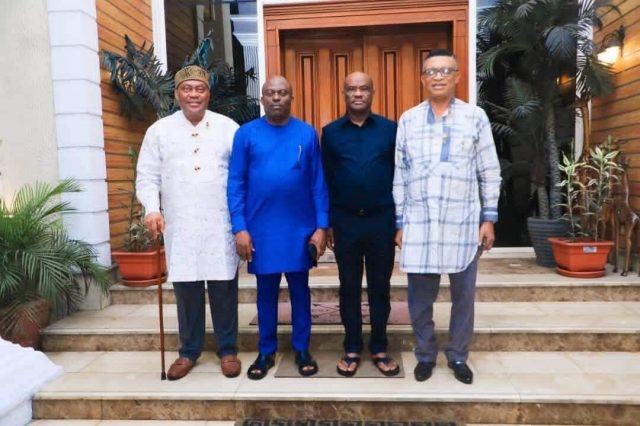 Chris Finebone, spokesman of the All Progressives Congress (APC) in Rivers State and an ally of Rotimi Amaechi, has dumped the party for the Peoples Democratic Party (PDP).

Finebone has also confirmed his defection to journalists in Port Harcourt.

His movement to the PDP came just two days after he criticized the Rivers State government for alleged outbreak of measles in some Rivers communities in Abua Odual Local Government Area of the State.

Finebone is from Opobo Local Government where the governorship candidate of the PDP hails from.

During the meeting on Thursday night, Gov. Wike promised to award the contract for the construction of Opobo Ring Road before he leaves office in 2023.

“I will award the contract for the Opobo Ring Road and ensure that the money to pay is made available before I leave office in May, 2023.

“It is God that has made your son to be the governorship candidate of our Party. The same God will make him win to His glory. I did not plan it but God did it. Opobo people should be thanking God for his mercies

JUST IN: In another drug bust, NDLEA discovers 13million pills of...