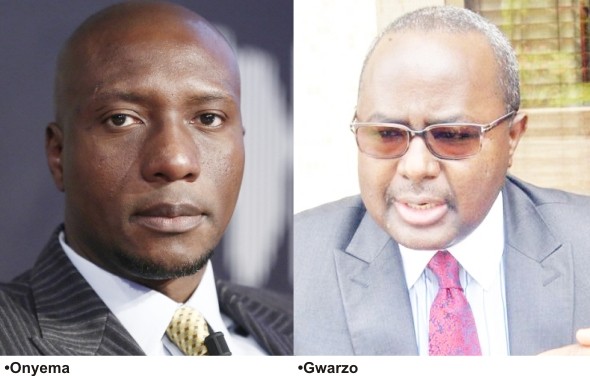 OKEY ONYENWEAKU | Investors in the Nigerian Stock Exchange, NSE have presently been caught in a web of rising anxiety as the All Shares Index (ASI) has shed a tenth of its value in the last nine months with a year- to- date return of 9.97 per cent and a twelve month return of -21.06 per cent, representing a loss of a fifth of stock portfolio values. The growing concern over the current state of the market, Business Hallmark investigations suggest, may lead to an unprecedented flood of funds to the domestic money market. Even the performance of hitherto strong and stable sectors within the Exchange such as the Banking and Oil and Gas sectors seem to have also left a sour taste in the mouth as listed prices of equities continue to fall.
Overall, the economic levers have been slow in running even as the fiscal direction of the financial market is yet to be determined.

“’The market is still waiting for fiscal direction”’, a strategic market stakeholder who would not want to be mentioned told Hallmark, alluding to the delay in appointing members of the federal cabinet by the President Muhammadu Buhari government.
Almost all sectors of the economy have been apparently ‘frozen in time’ as both internal and international investors appear to be waiting for the cabinet officers who would eventually drive the fiscal engine of the economy to be assigned. 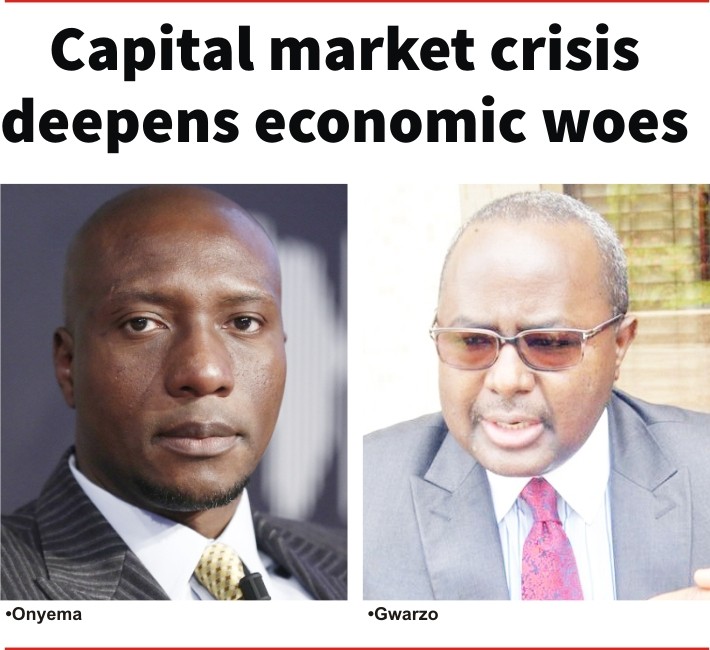 While everybody is waiting on the fringes, the capital market continues to drift south.
Confidence is fast waning and investors are becoming more confused and ready to grab alternative investment options which offer better returns. Recently, the bond market and other money market investment options have appeared to be more attractive and capable of offering better returns. For instance, while yields in the bond market return over 15 per cent, deposit rates hover around 10/12 per cent and other money market instruments are at least better than that of most equities.
Already, the market capitalization has plunged by 20.7 per cent year on year from N13.5trillion on September 5, 2014 to N10.7 trillion by September 30, 2015 while losing 9.92 (Negative) per cent from January to date. Similarly, the NSE All share Index has not fared any better, having dropped from the 33,943.29 basis points in January 2015 to 31,217.77 points as at September 30, 2015.
Whereas the market had severally found itself in worse conditions before, what worries investors is the stagnation in the financial system which has been compounded by the absence of a very clear fiscal direction.
Looking critically at the market performance, the seemingly sad disposition of the market did not spare the main sectors.  For instance, the financial services sector which is about 83 per cent of the market has also slumped with the Banking sector Index sliding by 11 per cent year to date, Oil and Gas is also down by 11.37 per cent, the insurance index fell by 10.97 per cent and the NSE consumer index declined by 19.04 per cent.
There is a consensus of opinion that the protracted bearish market may prompt a gloomy disposition and ward investors off the capital market.
Former Managing Director of the defunct ACB International Plc, Mr. Emma Nwosu says there is every reason to believe that the confidence level has not only been very low in the capital market, but that this is the case also in the entire economy. He explained that the protracted Bearish run in the market was the evidence of waning confidence in the market which only comes up once in a long while.
Nwosu noted that the Federal Government was yet to give a fiscal direction to the economy which has left both internal and international investors confused.
”We don’t know where the government is headed. This is also not helping the Central Bank od Nigeria (CBN) which has been forced to embark on ‘trial and error’ moves to tackle and give the financial system some form of direction”, Nwosu said.

‘’The confidence level in the market is still low, but it is increasing gradually”, a Lagos based analyst, David Adonri said.
He pointed for example at the example of the All Share Index which had earlier descended but was to rise again gradually again when some of the banks declared their interim dividends. According to him, though the confidence level of investors rose gradually, it is still however very shaky and this is in line with the volatility in the price of crude.
More dreadful is the trend of the economy which has been sliding, prompted by decline in revenues, thanks to the fall in the price of crude from $114 pbd in June last year to about $45 today.
A financial analyst, Teslim Shitta-Bey, captures the sad trend thus: ”Economists conveniently call this a ‘recession,’ which they define as two consecutive quarters of declining total national output or Gross Domestic Product (GDP). In the last six quarters, Nigeria’s GDP has dropped like nine pins slumping from 6.23 per cent in July 2014 and then to 5.94 per cent in January 2015 and 3.96 per cent by this year March”.
The ASI dropped -20.62 per cent in 2014 and remains in the crimson zone tumbling by another -10 per cent year to date in 2015. According to Shitta-Bey, ‘investors are increasingly getting the feeling of being treated like cold turkeys!’
Mr Emeka Madubuike, President, Association of Stockbroking Houses of Nigeria (ASHON), expressed his sadness that the level of activities in the market had dropped sharply because of the energy crisis. Of course, the price of crude has been on an equally downward slide.
Madubuike said that the stalemate had ground the economy to a halt, adding that the capital market as the engine growth of the economy was passing through hard times. “We are hoping that there will be a clear vision of things by next week, with the new appointees beginning to settle in,” Madubuike said.
In his view, Dr David Ogogo, Registrar/Chief Executive Officer, Institute of Capital Market Registrars (ICMR), stated that he was afraid that the lingering energy crisis could force many companies to close shop.
He explained that companies would incur unnecessary overheads, adding that the impact on the market would be negative if quoted companies declare losses due to the on-going energy crisis that would increase their cost of operations.
Mazi Okechukwu Unegbu, the former President, Chartered Institute of Bankers of Nigeria (CIBN), who described the development as disturbing, said the volume of transactions in the market would reduce as many investors would find it difficult to place orders, due to the current energy crisis in the country.
Already foreign investors are jittery and appear to have begun to refocus their investments to more stable polities and economies. The money market and debt instrument seems to look more attractive to investors now, though, they themselves also do not offer fantastic returns. However, Nigeria’s bond yields are climbing on tight liquidity in the money market and sell-offs by offshore investors, partly deterred by slowing economic growth. In fact, yields on the longest tenor 2034 debt rose to 15.71 per cent week-on-week from 15.50 per cent last week.
The benchmark 2024 paper rose by about 52 percentage points to 15.97 per cent from 15.45 per cent, while the 2022 debt was trading higher at 15.87 per cent against 15.50 per cent.
Despite these, the most important commodity that can galvanize the market is confidence and it is presently in short supply. Analysts believe that this is more dangerous than any other challenge in the market.