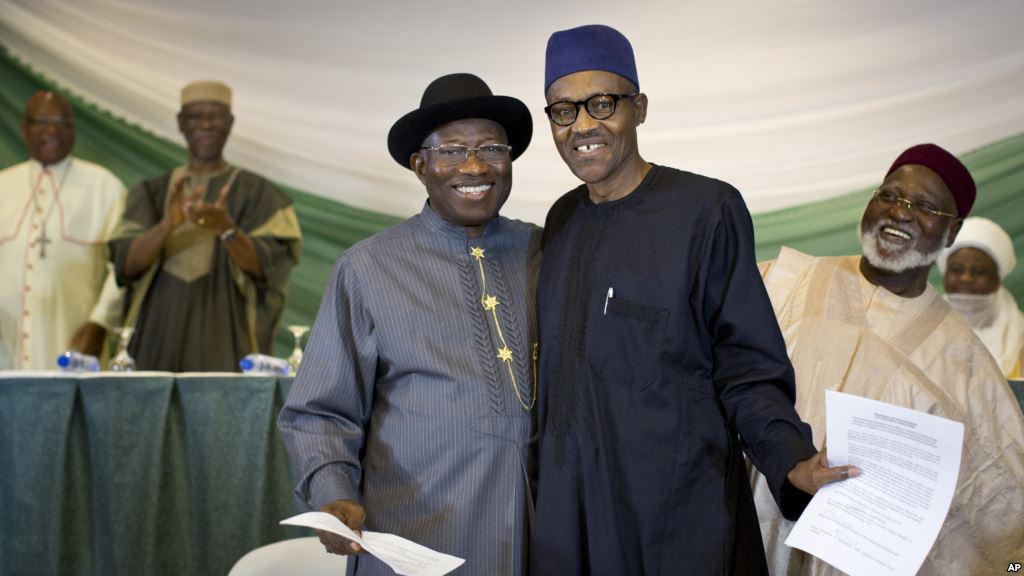 The issue of the constitutional conference convened by the immediate past government of former President GoodLuck Jonathan is on ground and still subject to a national debate. But what is bothering many Nigerians is what the present government of Muhammadu Buhari would do with it.

With the division that the conference created when it was muted, when the final report was sent to the National Assembly by the immediate past President Jonathan, and after the swearing in of Buhari the issue is still generating controversies and divisions amongest Nigerians, especially the political class.

What is making the outcome of the confab an issue is the fact that some people saw it as a means to solving some critical issues which have been on over the years, threatening the existence of the country. This was probably the reason why the last government of Jonathan believed so much in the report of the conference. Former President Jonathan to show that the outcome of the conference meant a lot to the country, did not hide his feelings and what it would achieved when he was handing over to President Buhari.

Jonathan without mincing words, made the importance of the confab document known to Buhari when he said that he was handing over two documents to the him the first one being the handing over note and the second one the document containing the outcome of the confab and he would want the new President to critically look at the document because of what it meant to Nigerians and it would help him to navigate.

He said he was more interested in the implementation of the conference recommendations to resolve many national issues. He also said that to him the document was more important to him than the hand over note because it was a document compiled by about 500 Nigerians who were not influenced by government and was hopeful that it would as well help to smoothen most of the grey areas in the nation’s political lives.

Although the report of the confab is still generating controversy, there is the need to look at the politics behind the way and manner it was convened. The way  it was mooted, took Nigerians by surprise and when the Presidential committee to draw up the frame work for the confab which was headed by Senator Femi Okunronmu was announced, some Nigerians were happy while those who believed that  Jonathan only did that to divert the attention of the people from other national and political issues condemned it.

This was however the beginning of the division among Nigerians. Senator Okunronmu who was picked to head the committee was among the NADECO group that was clamouring for Sovereign national conference and many people believed that his accepting to work and even head that committee was a total betrayer of the original course of his group and that what he should have bargained for was the original call for a sovereign national conference.

Among those who rejected the conference were those in the All Progressives Congress (APC) who felt that the conference was not going to address the issue at stake in the country if it was not sovereign. Their argument was that before the former President Jonathan came out with the idea of the conference, he had once rejected it and that they were surprised that he came up with it when he was to seek for a second term and they were convinced that he only wanted to use it as a bait to woo Nigerians to vote for him.

Whatever the case may be, the conference eventually took place and the report has come out. Although during the sittings of the confab which was chaired by the former Chief Justice of the Federation, Justice Idris Legbo Kutigi and whose Deputy was the former External Affairs Minister Professor Bolaji Akinyemi, many issues came up and one of them which was vital and which nearly marred the confab was that of the resource control which was eventually resolved.

It was true that we have had many confabs before the Jonathan’s 2014, the present government should not allow the efforts and the recommendations to be thrown into the dustbin like the previous ones. One should agree with Justice Kutigi that the assignment which the 494 members from all over the country participated was tedious, because it could not have been an easy task for them to have come up with documents of 10,335 pages with over 600 resolutions.

If Buhari himself agreed that the way the local government is presently being run is not right, as he specified in his inaugural speech, then, he should realize that at this stage, the resolution of the confab handed over to him by his predecessor should not be completely ignored. Buhari should note as well that the entire country would be closely monitoring him, his policies and how he would implement them to help the common people of the country. He should realize that the interest of the people should be his priority and he should not allow himself to be misled by party or ethnic considerations.  He should listen to the voice of wisdom like the one offered by NADECO recently, at its meeting Chaired by Admiral Ndubusi Kalu which believed that Buhari should not waste time about the confab report and should send it to the National Assembly an enabling Bill.

As far as some of us are concerned, Buhari should look at the merits of the confab recommendations and send them to the National assembly as executive bills and not through a letter as done by former President Jonathan which to some extent notwithstanding the short time, did not allow the national assembly to properly look into it, before it closed for the last session. Although there were still the speculations that because Buhari and his party APC did not have hope in the confab, he may not send it to the National Assembly, and even if he eventually did, the National Assembly may not debate it, what is paramount now is the national interest he should do his own part and the national assembly would act based on his interest

Olusesan Laoye is a staff of Hallmark on the Political Desk