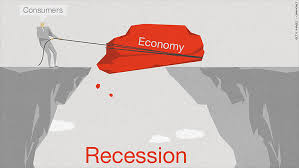 It is almost cliché that Nigeria is the sick man of Africa. All things dark and ugly have gradually found a nestling home in Africa’s largest black nation.  Ranging from bloody insurgency, human trafficking, nepotism, ethnic irredentism to grand larceny and political misconduct, Nigeria has been punched into a squared corner by them all. But despite these notable sores and warts, surely not all things can be that bad in a country of 180 million people; Or can they? What is Nigeria really doing right?

On the economic front Nigeria seems to be pulling out of its first full blown economic recession since 1991. Gross Domestic Product (GDP), a measure of the country’s economic output, has gradually started to turn a corner rising from -2.34 per cent in the third quarter of 2016 to -0.52 per cent in the same period of 2017.

International Monetary Fund (IMF) forecasts that by full year 2017 GDP would have grown by 0.8 per cent (definitely cheerier than the auditing and consulting firm PriceWaterhouseCooper’s (PwC’s) projection of 0.7 per cent) and the international agency further projects a 2018 growth rate of 2.3 per cent. This is far from the more familiar quarterly average of 6 per cent in 2015  but a lot better than last year’s full year average of -1.8 per cent. 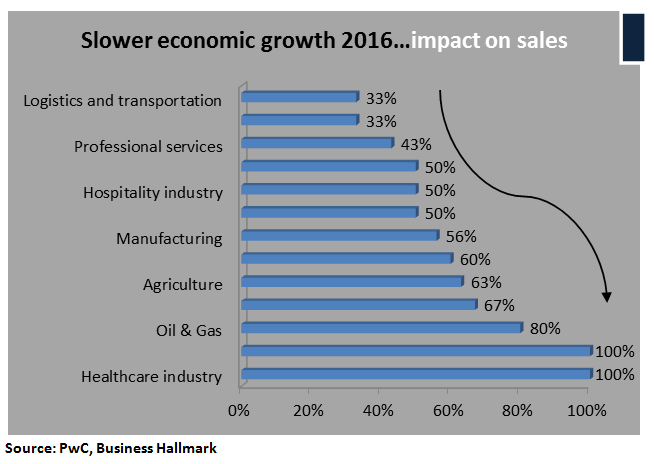 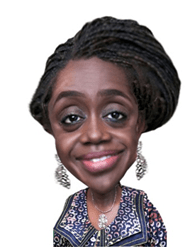 In a 2016 survey by PwC 61 per cent of companies surveyed experienced declining sales over the last eighteen months with the highest impact being across the healthcare, telecommunications and Oil and Gas sectors. The primary problem was their limited access to foreign exchange. The CBN’s recent introduction of a Nigerian Autonomous Foreign Exchange (NAFEX) window has eased this challenge and more companies and investors appear to be getting access to foreign exchange, especially the United States dollar. 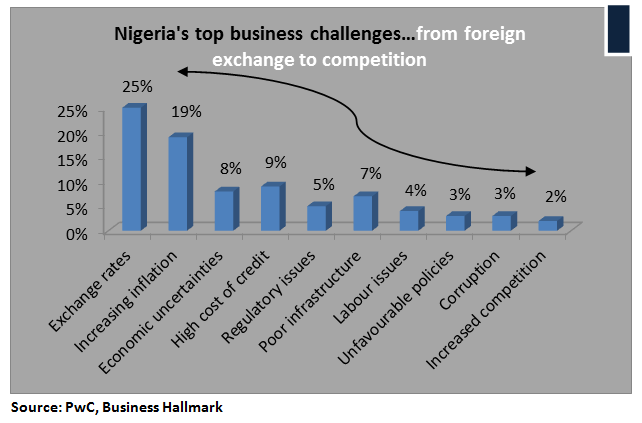 Inflation down but not out

The country’s Central Bank (CBN) has kept a firm fist over inflation rate over the last two years with the Banks boss, Godwin Emefiele, refusing to budge on the issue of increasing money supply to bring down interest rates and stimulate growth. The CBN has insisted that the economy was too fragile to let inflation (currently at 16.2 per cent down from 18.7 per cent at the beginning of the year) rise and that a rise in inflation would discourage foreign investors and lead to adverse pressure on the foreign exchange market which in turn would further worsen the domestic inflation situation. Those opposed to the position take a different tack.

Economists with an eye on faster-paced economic growth for Nigeria (currently at 0.52 per cent in the first quarter) have argued that if the CBN expanded money supply interest rates would fall and local manufacturing would see financing costs drop and bottom lines improve. This would in turn lead to higher rewards on investment and steeper stock prices resulting in portfolio investors coming back into the local stock market with brief cases stashed with dollars, thereby strengthening the foreign currency value of the Naira.

According to economist, Dr Biodun Adedipe principal consultant, BA Adedipe & Associates at a side discussion after a recent Financial Correspondents Association of Nigeria (FICAN) lecture in Lagos,

‘if we create conditions for economic expansion we might see both growth and inflation rate reductions over a relatively short period, but by keeping a tight lid on inflation we could create a storm that breaks into a tornado as unemployed youths unleash mayhem.’ he says.

Nigeria’s unemployment rate is about 14 per cent on average but above 20 per cent amongst those between the ages of 18 and 34. The challenge is not just the size of the population and the proportion of it that is unemployed, underemployed or unemployable but also its growth rate, Nigeria’s population is sprinting ahead at a thundering 2.8 per cent per annum while GDP growth is less than one per cent implying an alarming fall in GDP per capita or person. This means that every year there is less produced by the country per hands available and per mouths to be fed. 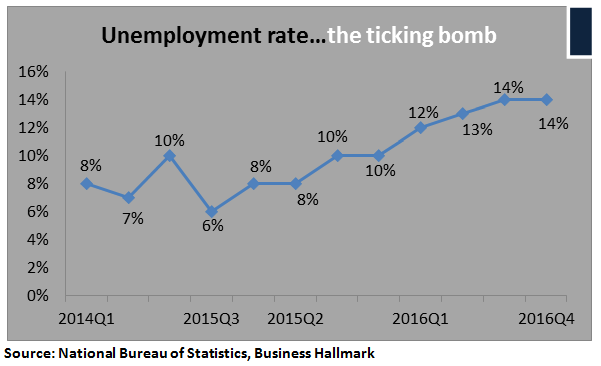 This explains the anxiety expressed severally by the Minister of Finance (MoF), Mrs. Kemi Adeosun that the economy needs to be reflated. The preferred policy direction of the MoF would be for the fiscal authority to expand the capital and recurrent expenditure which would be accommodated by the CBN by buying hoards of federal government treasury bills rather than selling them to the private sector which typically results in a rise in domestic interest rates and puts a downward squeeze on credit facilities available to local manufacturers and traders. Says Peter Aletor, financial economist and chief executive office of the Apel Asset &Finance Group,

‘We have got to rethink our priorities by taking a short, even if painful, kick to the shin by way of higher inflation while we wait patiently to receive the soothing balm of growth which is likely to be accompanied by productivity which in turn will lead to a drop in average prices. A local adage says that cutting off the head is not a sensible cure for a nagging headache. The monetary authorities need to realize that people need to be alive before they can appreciate the benefits of lower inflation rates.’

A growing number of local economic analysts are anxious about the unemployment rate. In a recent article on the state of the country, a veteran of Nigeria’s murky political waters, Professor Pat Utomi, a professor of Political Economy at the ivy –league Pan Atlantic University in Lagos notes that, ‘Elections have become wars and public office holders consume resources for infrastructure and growth, in the enjoyment of the perquisites of power.

All these may bring the normal to the brink of tears but they do not trouble me as much as the fact that those on whose watch a country is crumbling walk with such swagger you feel you have just left the requiem for a sense of shame.’ 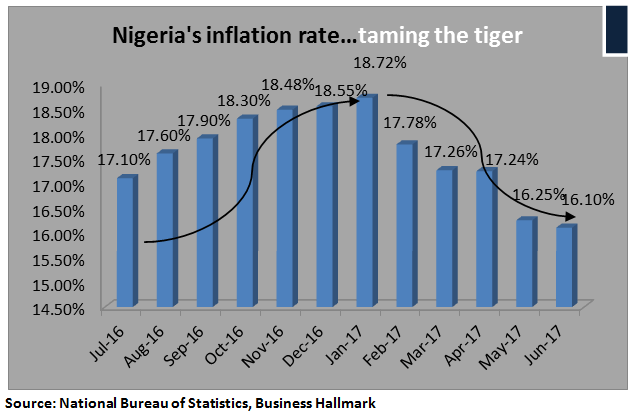 Politics and its darker side

Perhaps, therefore, the worst place Nigeria has seen failure is in the area of politics. The country’s politicians have shown a mastery of greed, pettiness and poor understanding of basic socio-economic issues.

The off handed manner in which the Senate recently shot down a bill to promote greater fiscal autonomy amongst the different levels of government, analysts have argued, shows a reluctance to change from a present ‘entitlement’ economy where largesse falls from the table of a single central authority to a more competition-driven economy where different parts of the country through dint of hard work and creativity map and pursue their own destinies.

According to Otti, ‘we have got to bring clarity to governance. We must map out the salient goals; figure out the paths to their timely attainment; and put in the long hours of work needed to turn policy input into socioeconomic output’, says Otti, ‘good things do not come easy, they are the product of diligence, even an omelette requires tossing eggs’.

Unfortunately Nigerian politicians believe that ‘hard’ work is meant for fools, and that ‘clever’ work is not only the natural preserve of the politician but also, and perhaps more importantly, comes with an oversized pay cheque. Intrigues, double speak and clandestine gang ups have left the presidency threadbare with the Acting President, Prof Yemi Osinbanjo, SAN, dodging rearguard bullets as he tries to weave a progressive path for the country’s economy. 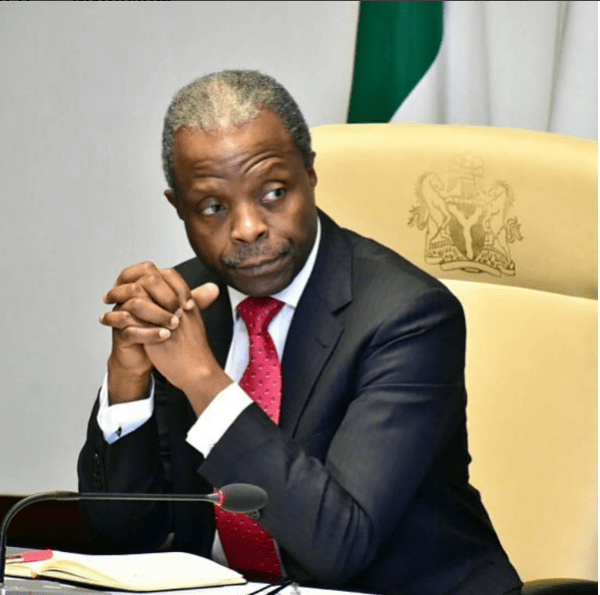 So far the Acting President has done a decent job: he has increased the frequency and intensity of interface between the public and private sector; he has pursued an energy-sapping round of visits across the country to assure the different ethnic groups of their importance in the federation; he has also visited the restive Niger Delta to address issues related to rehabilitation of former militants and the cleaning up and rebuilding of their communities worsted by decades of oil spillage. The Acting President has had to run the economy as best he can with a hand tied behind his back.

The absence of President Mohammed Buhari, who is convalescing from illness in the United Kingdom, has raised Osinbajo’s profile but has equally restrained his actions as he tries to avoid being accused of over ambition by an insecure inner circle of presidential loyalists. This gang of gumshoe officers and relations of President Buhari have formed a loose pact with the leadership of the Senate to constitute a bulwark to check, what they may perceive as, exuberant executive action by Osinbanjo; this has proven a drag on the Acting Presidents performance and inhibited his firmness and self confidence.

Since the Presidents return to London for medical examination in May, Osinbajo has had to play a cool hand to steer clear of allegations of trying to make himself electable in 2019 against the desires of the Northern Hausa-Fulani leadership in government. Mindful of how former President Goodluck Jonathan emerged on the shoulders of the sickness and eventual death of his predecessor President Umar Yar Adua, administration hawks are not predisposed to a highly performing Acting President from the South West, who could upstage the emergence of a Northern Nigerian President two years down the road. Indeed the flow of emotions and political calculations from the Presidential Villa to the Green dome of the National Assembly is still very much a cloak and dagger affair. 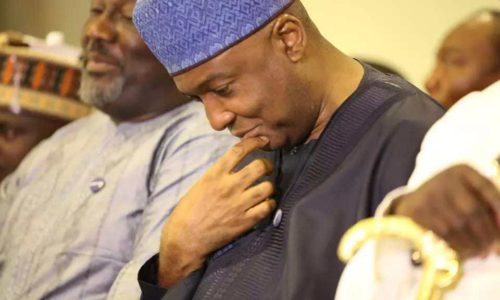 So what is Nigeria doing right? Good fiscal policy (maybe with the exception of a worrisome rise in public debt profile), cagey monetary policy (the jury is still out on tight money supply and high interest rates), and domestic politics (a phenomenon that scares the living daylights out of local and foreign investors wary of the parlour party tricks of a fractious executive and a conniving parliament).