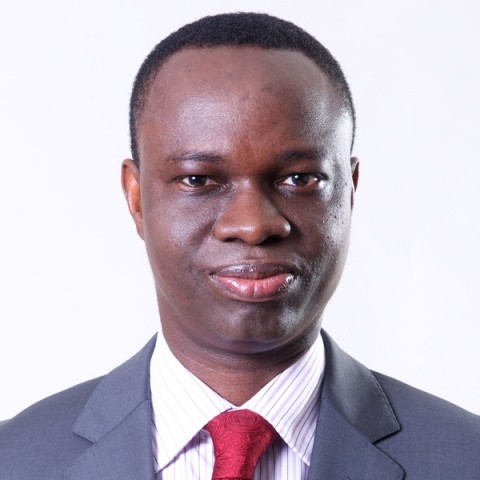 UACN use to be a giant. In another life it was the most highly capitalized company on the Nigerian Stock Exchange (NSE), if any stock qualified to be called a blue chip UACN was the bluest of them all; but that was then. In the last two decade the company has unraveled like a poorly baked loaf of bread by plunging into a place reserved for corporate grandees and ancient marinas.
Thankfully, however, in the last few months something seems to be stirring in the old giant bones as its half year result (H1) for 2017 seems to suggest that there is still vigor yet in its corporate limbs. The group’s half year gross revenue grew by a solid 31.6 per cent year-on-year, while its after tax earnings sprawled flat on its face by a disturbing 46.2 per cent year-on-year, slumping from N2.6 billion in H1 2016 to N1.2 billion in H1 2017. This was despite a general increase in the conglomerates product and service prices across the group and the sale of completed projects by its realtor UPDC in addition to the strong growth in the earnings of its cereals company, Grand Cereals Limited (GCL). Despite this however, the conglomerate still saw a sharp decline in its gross profit margin which stumbled to 16 per cent in H1 2017 from a lofty 22 per cent in 2016 and 25 per cent in 2013.
UACN’S slide in margins was the consequence of a sharp rise in the cost of goods sold by its major subsidiaries, a consequence of the massive decline in the external value of the naira in the last two years. But management cannot be totally absolved of blame as the unfolding economic headwinds were foreseeable and for an institution with such high pedigree analyst had expected that the company would have taken early countervailing measures to substitute imports and reduce the impact of naira devaluation on its bottom line. According to one observer, ‘the group got caught committing a silly foul in the eighteen yard box. The group needed to adopt a proactive strategy in containing foreign exchange dependency but allowed itself to get caught ball watching’. This explains why the rise in foreign exchange rate from N160 to a dollar in 2014 to N305 to a dollar in 2017 squashed its margins like pounded potato’, he said. The rise in FOREX was worsened by an upward trend in the price of cereals, flour and refined sugar. Nevertheless, more optimistic observers still project a sizzling year for the group; this, of course, could be wrong. The conglomerate’s half year result does appear modest but certainly not great.
It is all about the profit, but…
Reasonable investors are, of course, keen on seeing corporate profits grow, but apart from earning numbers climbing, investors equally need to dig into other operating figures. Top line growth in earnings for the group has been fairly dismal over the last five years on a compound annual basis jogging at a lazy -2 per cent pace per annum. Net profit margin on gross revenue slipped from 10.6 per cent in H1 2016 to 2.5 per cent in the contemporary period of 2017. Return on capital employed equally showed up poorly by dropping from 3 per cent in H1 2016 to `1.5 percent in H1 2017, a hundred per cent decline and a set of figures not many analysts consider inspired.
And the job before Bello
The new Managing Director of the conglomerate, Abdul Bello has been thrown into the deep end of the business giants operating challenges and has a massive task ahead of him. Bello is a veteran of the company and has spent over twenty years at the organization but so had his predecessors and the problem appeared to be that insiders at the company lacked fresh eyes and insights into its sagging enterprises. Comfort with things as they are has left the conglomerate without hunger and determination to do things differently and rethink the whole business architecture. This may be its greatest undoing going into another half year. Bello, argued to outsider observers, needs to do a forensic review of each business within the group and set fresh targets and highlight new opportunities. Part of the problem with UACN has been the extreme risk aversion of successive chief executives and this has limited its ability to enter new markets and grow market share or redefine old markets and dominate.
With its huge and aging fixed assets, the group’s depreciation costs are likely to rise and its heavy pension liabilities may soak away massive cash flow. Admittedly this fear is doused a bit by the recent rise in the performance of the local stock market which should enhance the value of the group’s investment assets but it is no substitute for a business model that optimizes earnings is a sustained manner.
UACN was once a stalking giant that defined the strength and character of the Nigerian economy, today it seems to be an old man living out his last days, or perhaps maybe not. Whether UACN reinvents itself will depend a lot on how it’s new Managing Director, interprets his role and clarifies his vision. A falling giant is a horrible sight even if it was Goliath.