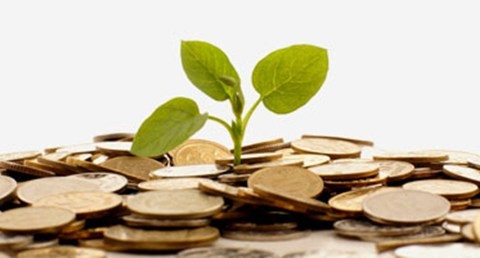 Investors are on the verge of a dividend bonanza as a growing number of banks audit their half year 2017 results. Judging from experience of the recent past banks that audit their half year results typically call for shareholders to approve the payment of interim dividends in the course of the year.

Zenith Bank, United Bank for Africa (UBA), Stanbic IBTC Bank, Access Bank, GTBank and Fidelity Bank had last week informed the Nigerian Stock Exchange (NSE) and the investing public that they would be auditing their six months financial statement. But only four listed lenders audited their second quarter result in 2016.

About 10 commercial lenders listed on the bourse have already released their half year result for 2017 with mixed performance. Although the companies that have stated that they will be presenting audited H1 2017 results did not give reasons for their actions, analysts believe this will bolster investor confidence in the lending institutions and keep them optimistic about investment returns as they likely pay interim dividends. GTBank, Zenith Bank and Access Bank had all declared 25 kobo interim dividends last year, while UBA gave investors a 20 kobo dividend over the period.

Alhaji Muktar Muktar, Chairman, Shareholders Trustee, told Business Hallmark in a telephone conversation that auditing of half year accounts indicate that these companies are becoming transparent and responsive, adding that auditing of six months financial results would enable the investing public know the true state of the organizations.

He further explained that auditing half year result would reduce the workload of these lenders at the end of the year and enable them release their full year financial results in good time.

“Although in the past they did not necessarily audit their half year results, but they still paid interim dividends,” Muktar mentioned.

The Nigerian economy has been on a fragile recovery over the first six months, having been swept into a recession since the first half of 2016. The economy recorded -0.5 per cent contraction in Q1 2017, which was the lowest drop in five consecutive quarters, having shrunk -1.73 per cent at the end of 2016. Analysts project that the country will exit the recession within the year. The International Monetary Fund (IMF) last week anticipated a 0.8 per cent economic growth for Nigeria at the end of the year. Banks which are presently battling high non-performing loans are expected to be positively affected by the recovery.

The Nigerian Stock Exchange All Share Index has appreciated 38.18 per cent and 40.54 per cent year-to-date and year-on-year respectively to 37,135.23 on Thursday, August 3, 2017. And the banking sector has been a major driver of the bullish trend, moving north by 39.52 per cent.

Chief Timothy Olufemi, President, Nigeria Shareholders Renaissance association said, “Audited half year results is the best for us as investors. They are likely to give interim dividends. Without auditing their accounts, they won’t know the exact profit they have made. But doing this, it is certain they would pay interim dividends.”

The apex bank has mandated commercial lenders to audit their financials before declaring dividends to their shareholders.

“One thing investors look for is transparency. They are happy to deal with organisations that give them updates on their operations on a quarterly basis than those that give them updates half yearly and they are more comfortable with those  that update them half yearly  than those that wait for their audited accounts annually, it helps investors make strategic portfolio decisions.”

He reasoned that the operating environment has improved, so, some commercial lenders would likely declare interim dividends.

“Most of them may be looking at bolstering their equity to prepare for the commencement of the implementation of the new IFRS9 accounting rules.” Ukpai said.

Mr Moses Ojo, analyst, Panafrican Capital Plc., however, argued that the decision of some lenders to audit their H1 2017 results was basically for the purpose of knowing the true state of their finances and paying interim dividends to their investors, saying it has nothing to do with the commencement of the IFRS9 financial instructions by the International Accounting Standards Board (IASB)s.