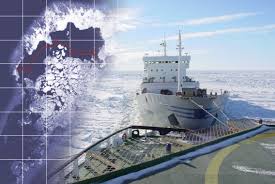 According to the agency, it has the statutory powers to concession any part of the Nigerian ports for public interests and efficient service delivery.

The declaration of the body came on the heel of stiff opposition mounted by a group which called itself NPA Warri Stakeholders Furum , which petitioned the presidency over the concession of old Warri Port

This was contained in a statement made by the Bureau’s Head, Public Communications, Alex Okoh, in Abuja this week.

“The petitioners alleged that BPE is working with the Nigerian Ports Authority (NPA), Federal Ministry of Transport (FMoT) and office of the Vice- President to concession the terminal to “their cronies”.

“They further alleged that the BPE’s action is illegal as they are usurping the powers and functions of ICRC, ” the statement said.

The group urged the presidency to stop the BPE or else the petitioners would take up the matter with the incoming administration or resort to legal action.

“However, we wish to further clarify that NPA is listed in the BPE Act of 1999 as amended and therefore NCP/BPE has the full powers to handle and conclude the transaction,” it stated.

BPE had in July 2014, placed adverts in some selected dailies requesting for Expressions of Interest (EOIs) for the Concession of old Warri Port Terminal ‘B’.